Metro: Last Light Looks Like It May Be Heading To Linux UPDATED

Beneath the ruins of post-apocalyptic Moscow, in the tunnels of the Metro, the remnants of mankind are besieged by deadly threats from outside – and within. Mutants stalk the catacombs beneath the desolate surface, and hunt amidst the poisoned skies above.

But rather than stand united, the station-cities of the Metro are locked in a struggle for the ultimate power, a doomsday device from the military vaults of D6. A civil war is stirring that could wipe humanity from the face of the earth forever.

As Artyom, burdened by guilt but driven by hope, you hold the key to our survival – the last light in our darkest hour…

Looks like Metro: Last Light could be heading to Linux, the SteamDB shows this on its page: 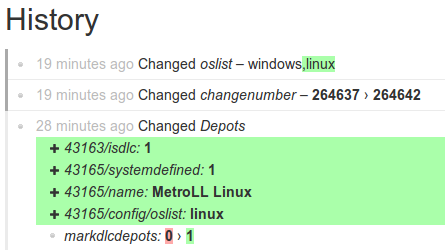 Looks real enough to me. I have reached out to the developers for comment on it although considering how big they are we may not get a reply. There is no Linux content yet so it's not actually out yet.

If you remember I pointed it in a prior article that Deep Silver did state that games like this may come!

I have personally played the original Metro: 2033 and it was great so this is welcome news to me.

This is a proper AAA First Person Shooter folks, not even Mac has it yet, great news!

I hope they bring out Metro: 2033 as well though since you know Linux users will be missing a part of the story...

It should go without saying by now but, make sure you wait until it's officially out before buying it, show them the Linux sales surge.

Thanks to @johndrinkwater for the info (and to adolson who emailed me a few minutes later!).

Update #1: The developers responded to my questions about the game;

That is one interesting web site, I did not know of its existence. Thanks for the link.
As for the information it gives – I am sure it is not a hoax. But that information does not really mean much. You would need to ask Deep Silver if or when the Linux version is going to be released, unfortunately we cannot give such information.

P.S. We appreciate you like our game, give us some time and your wishes might come true. :-)

So that's what the developers confirmed to me directly, just waiting for a reply from Deep Silver now folks.

Update #2: When I asked "So you are developing the Linux version but only Deep Silver know if it will be released?" They responded again with;


QuoteLiam, we are not allowed to say anything about it until the official announcement, sorry.

Update #3: The developer has confirmed it's real on my steam forum post asking about it;

Article taken from GamingOnLinux.com.
Tags: FPS, Steam
0 Likes
We do often include affiliate links to earn us some pennies. We are currently affiliated with GOG, Humble Store and Paradox Interactive. See more here.
About the author - Liam Dawe

View PC info
For me Metro 2033 was awesome, easily one of the best linear FPS I've played so I would snap this game up in a heartbeat for Linux to continue the story :D.
0 Likes
Stephen 12 Aug, 2013
I saw this coming when I read DeepSilver loved Linux, and I remember the Metro Devs saying they wanted this game on Linux when they were with THQ who also was leaning towards Linux near their demise. This is huge news and if this goes down with good sells, you can bet your ass other huge titles follow.
0 Likes
richie442 12 Aug, 2013
Maaan, i am so excited about this. I played Metro 2033 on windows "legal version" :P ... but for Linux  I am going for this 100%. One of the best FPS games ever.
0 Likes
Rikard 12 Aug, 2013
Sweet, it's a certain buy as soon as it gets released for Linux. \o/
0 Likes
taintsauce 12 Aug, 2013
Awesome!

I was sad to see THQ disappear, especially after their claims regarding Linux support. Nice to see that Deep Silver appears to have picked that ball right up.
0 Likes
abelthorne 12 Aug, 2013
According to Phoronix (http://www.phoronix.com/scan.php?page=news_item&px=MTQzNDE), the game is already out for Linux. Well, that's Phoronix so not always reliable. Could anyone that bought the game on Windows confirm if it appears in the Steam Linux library and if it can be launched?
0 Likes

Quoting: abelthorneAccording to Phoronix (http://www.phoronix.com/scan.php?page=news_item&px=MTQzNDE), the game is already out for Linux. Well, that's Phoronix so not always reliable. Could anyone that bought the game on Windows confirm if it appears in the Steam Linux library and if it can be launched?

Do yourself a favour and ignore phoronix, the guy never bothers to check facts. He did the same for Portal he listed it as Portal 2 is out for Linux and still hasn't changed it (he changed the title but not the content, still says portal 2).

Same here...
I'd also buy old version if it was Linux compatible.
0 Likes
1/4»
While you're here, please consider supporting GamingOnLinux on: