For those still playing Minecraft, you will be pleased to know a huge update named 'The Update Aquatic' is on the way with an ocean revamp.

For a long time now, the oceans in Minecraft have been a bit boring. Sure they've got some Squid, but they're not very exciting. So the huge update will include coral, kelp, more types of fish, dolphins, explorable shipwrecks, new water physics and more. This will of course require a new weapon, so they're introducing the Trident!

The Trident can be thrown and be used in close-combat, making it a rather versatile weapon. It can also be enchanted!

You can see the announcement video below, which includes some prototype footage of the new update (skip to 9:00 to see gameplay): 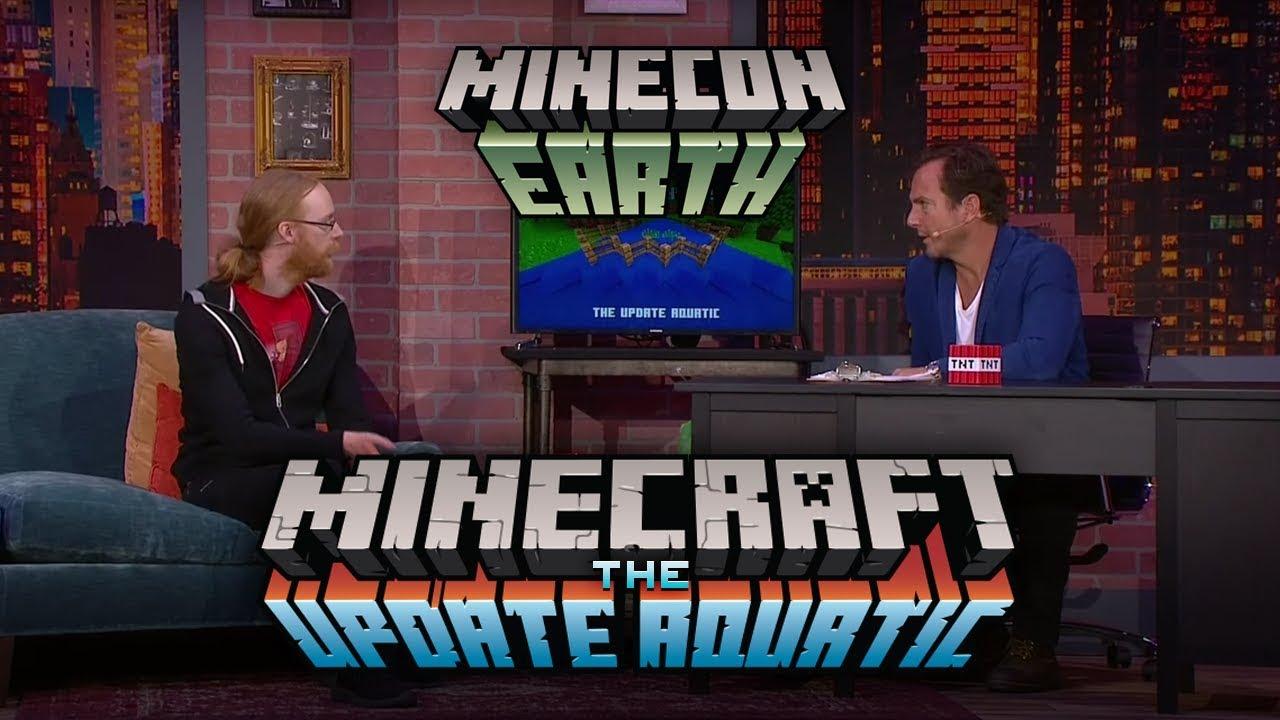 I have to admit, this actually sounds pretty exciting! Find more details here. There's no set date for the update, but it will be sometime "in a future update".

They also announced another new mob is coming, as they ran a vote against various new designs, but in the end "Mob b" succeeded. It's a high-flying manta-ray-like monster that's attracted to players that haven't slept for a number of days, which sounds quite amusing.

Hopefully one day soon they will finally promote their new Linux launcher over the old Java file, as it is a lot more user friendly.

Article taken from GamingOnLinux.com.
Tags: Sandbox, Upcoming, Update | Apps: Minecraft
4 Likes, Who?
We do often include affiliate links to earn us some pennies. We are currently affiliated with GOG and Humble Store. See more here.
About the author - Liam Dawe

View PC info
Nice to see that Minecraft adds it to the core game. Using sea creatures, sea plants and shipwreaks with loot for quiet some time in Minetest now, it is pretty nice. I will check it out as soon as the update hits :)
0 Likes

kf 20 Nov, 2017
View PC info
Am I a bit strange for finding the new water physics to be the most exciting part?
1 Likes, Who?

Quoting: kfAm I a bit strange for finding the new water physics to be the most exciting part?

Whatever floats your boat ? :D

21 Nov, 2017
View PC info
Well, I think the updates from Mojang/Microsoft are kinda lame as always. There are several Mods which adds a hell lot more "Aquatic" Content & Experience as what they have announced so far. OMG! We get a dolphin! Oceancraft for example gives me Whales, Sharks, Crabs, and lot more. Maybe Jens should have a look on Mods and get inspired instead of the real world.

I wonder where the Shipwrecks come from. Have never seen any Ships on the Ocean (without a Mod) or even build and used one (without a Mod). Also the Rail-/Trainsytem ist still a joke and could use some improvements. No Ships, No Aircraft’s. Vanilla Minecraft is so boring. Without Mods I wouldn't play it anymore :(

Also then I wonder if we will see the "Super Duper Graphics Pack" Upgrade on the Java-Version of the game or if it is Windows & Console only.
0 Likes
While you're here, please consider supporting GamingOnLinux on: