Minimalistic puzzler 'Hexoscope' not coming to Linux due to Adobe Air 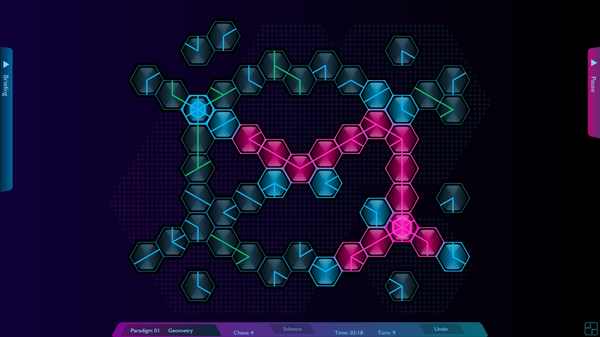 It's disappointing news for people who love these relaxing, Hexcells-like puzzlers, given that the developer has ruled out the possibility of a Linux port, after only two days since the release. When asked in the Steam forum, this is what he replied:


Quotepinkerator [developer] 10 Aug @ 5:20pm
Guys, that's pretty sad, but most likely "no" :( Hexoscope [is] powered by Adobe Air and it's not supported on Linux anymore. We tried to make [the] Linux version, but got no success here :(

(Note: Text in square brackets is mine)

At least he was honest and conclusive instead of other cases where a Linux port is hinted or directly promised but it ends up never seeing the release. But still, sometimes I tend to think that small games like this have a guaranteed port but unfortunately it isn't always the case, and considering that at the moment of writing this article Hexoscope has 85 positive reviews and not a single negative one, it IS truly a shame...

About the game (Official)
Hexoscope is a new puzzle game that challenges your skills to create from Chaos.

You should arrange the chaotic combination of hexagonal Chips to create a Chain from Power Source to Power Receiver. You should swap Chips with each other to combine their pins into solid Chain from Source to Receiver.

The puzzle is arranged when the Receiver gains Power from the Source through the Chain.

Article taken from GamingOnLinux.com.
Tags: Indie Game, Puzzle, Steam
0 Likes
We do often include affiliate links to earn us some pennies. We are currently affiliated with GOG, Humble Store and Paradox Interactive. See more here.
About the author - ARG_Daniel

Quotepinkerator [developer] 10 Aug @ 5:20pm
Guys, that's pretty sad, but most likely "no" Hexoscope [is] powered by Adobe Air and it's not supported on Linux anymore. We tried to make [the] Linux version, but got no success here

Perhaps all is not lost!

Awhile back, the puzzler game Sokobond was also released using Adobe Air, but the developer, Draknek came up with a workaround/fix.

Liam, perhaps you might point pinkerator towards Draknek/Sokobond for help in resuming a Linux version of Hexoscope? We may yet get a penguin version. :)
3 Likes, Who?

View PC info
Well the developer seems open to using a more up to date open tool now after i messaged them:


QuoteI believe that we'll continue the Hexoscope development because we have interesting gameplay ideas and want to share that ideas implementation with our gamers. In such a case I think that we'll switch our engine from Adobe AIR to Haxe. I hope it'll be rather soon. The game looks meh so I guess I don't really care.