I have quite a lot of excitement for Monster Crown [Kickstarter], the monster training and breeding game and it's smashed more stretch goals. The demo is working really nicely too.

They've now managed to hit over $35K in funding against their original goal of $5K. Thanks to this, the game will have all sorts of extra goodies like monthly tournaments (since it has online battles!), procedural mini-dungeons, special monster costumes, a laboratory where you can pick specific genes to get the exact offspring you want when breeding, your own private island and much more. 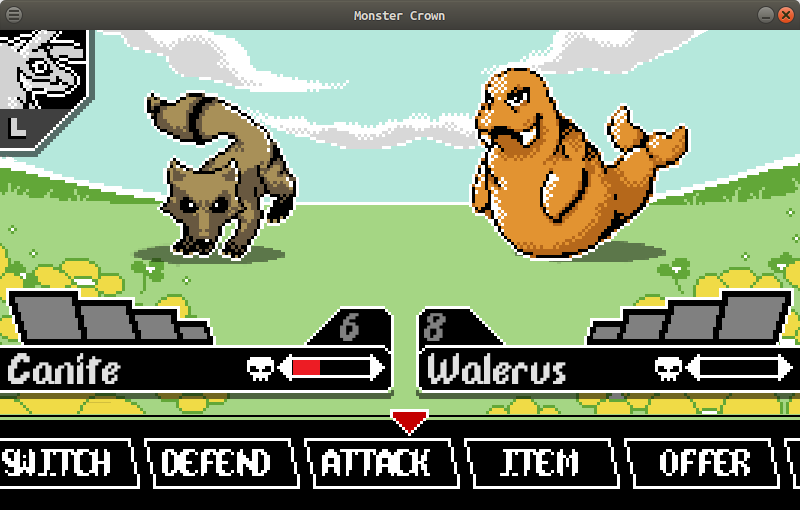 While it does resemble classic Pokemon games from the '90s, it's actually a very different game when you get down to it. I've spent quite a lot of time with the demo, which has a Linux build that continues to be up to date.

I've played around with the breeding system too, behold my greatest creation: 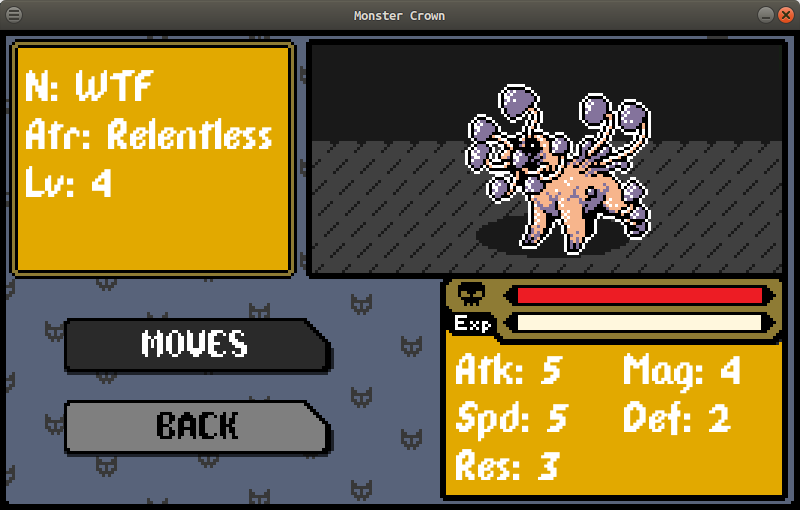 Very interested to see more of it as they continue development, as it's extremely promising and already pretty fun for those who like monster catching games. I've been after a less childish version of Pokemon for years, but nothing has even come close to scratching the itch—until now. The demo certainly has some rough edges, but it's a demo of an in-development title so I've happily overlooked a few minor bits to still enjoy it.

Offering monsters contracts to join my team, levelling them up to gain new attacks and get stronger, breeding various creatures together to create some really weird combinations and more, there's certainly a lot to appreciate. It brings back fond memories of similar games I played when I was younger, while keeping me thoroughly entertained to make new memories in Monster Crown.

Being able to see all the monsters directly in the game world is certainly interesting, especially when you come across some of the bigger and more powerful monsters like this one: 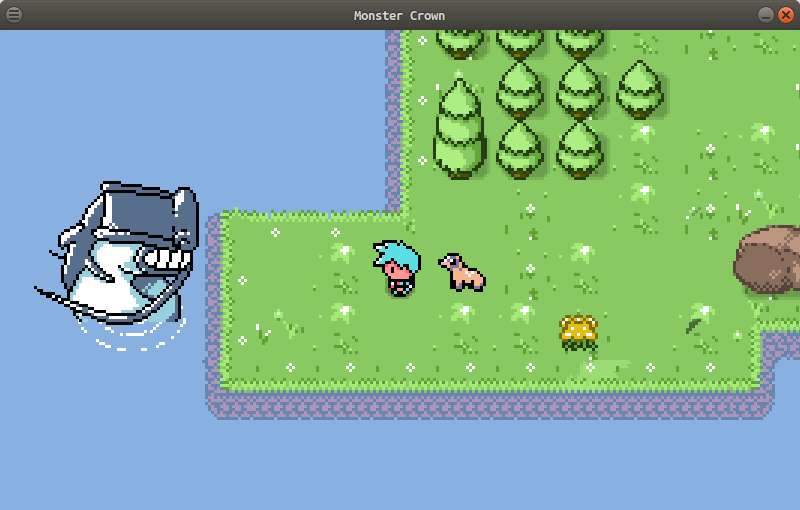 I've already spent way more time than I would care to admit in the demo, even though it's quite short. I've liked it so much I've personally backed it, I just need more! Find it on Kickstarter.

Article taken from GamingOnLinux.com.
Tags: Crowdfunding, Indie Game
8 Likes, Who?
We do often include affiliate links to earn us some pennies. We are currently affiliated with GOG, Humble Store and Paradox Interactive. See more here.
About the author - Liam Dawe

View PC info
Its a neat game and I can't wait to see how it does.
0 Likes

View PC info
I want to jump on board, it's very appealing. However.. I think it has enough backers ? I'll wait for an actual product release with linux support before I shell over cold hard cash ~~ ^.^
0 Likes