Motorsport Manager released, sort of, currently downloads nothing on Linux 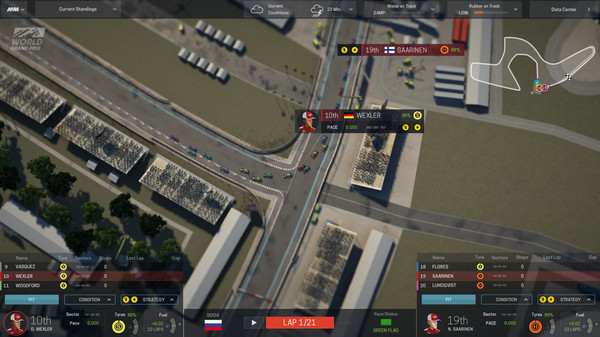 Just a little warning if you were thinking of picking up Motorsport Manager [Steam], the Linux version on Steam currently downloads nothing.

I am hoping they sort this out quickly, since it sounds like a really great simulation game to have on Linux. I was a massive F1 fan when I was younger, playing all sorts of games based around it on different platforms.

Hold off on purchasing it until the situation is resolved folks. Either wait for me to let you know, or if I'm asleep when they fix it someone in the comments will hopefully be able to tell you.

I reached out to the developer on their Twitter (where they never reply to me) and on the Steam forum, so hopefully they will at least see it in one of those places. I emailed them too, but they didn't reply there to me either before. My copy was personally purchased at release.

What annoys me, is that this is a reoccurring issue with so many games that come to Linux. I don't see why Steam allows a game to have a SteamOS icon, if the content isn't even linked to it correctly.

Not the best start for a game I was pretty excited about playing and writing about, but hopefully it will be polished enough when they sort this mess out for a decent review. Article taken from GamingOnLinux.com.
Tags: Racing, Simulation, Steam
0 Likes
Share

Crystal Dagger 9 Nov, 2016
View PC info
I'll be ultra mad if that happened to me, if it's something you are really excited to play/get the deception is going to be huge to the point that I would probably ask for a refund and not get it when they've fixed the issue.

It's kind of sad to hear that those things happen, but maybe its just a minor mistake from their part and they fix it asap.

View PC info
From what I've seen, linking and setting up Steam repos can be a right pain for devs sometimes. They might just be sorting that out.
0 Likes
Tuxerito 10 Nov, 2016

I have the Android version from Google Play, that version was released years ago but the new version includes new options and better graphics.
1 Likes, Who?

View PC info
I saw some videos from youtube and seems to me a bit simple, sure not close to my favorite Microprose game (Grand Prix Manager 2), i'll check here or in Steam for some review.

I have the Android version from Google Play, that version was released years ago but the new version includes new options and better graphics.

I also play a lot the android version. It's a very addictive game. Must have to me
0 Likes