'Motorsport Manager' won't get a Linux version until later, despite it releasing with a SteamOS icon (updated)

Update 2: Valve removed the icon. I sent off an email to Gabe Newell and he forwarded my email onto another who fixed it:

Thanks for your inquiry about Motorsport Manager. We've already corrected the situation earlier today and notified Sega this wasn't an appropriate use of the Store platform support icons.

For anyone that purchased the game prior to the change, I would recommend that they request a refund: 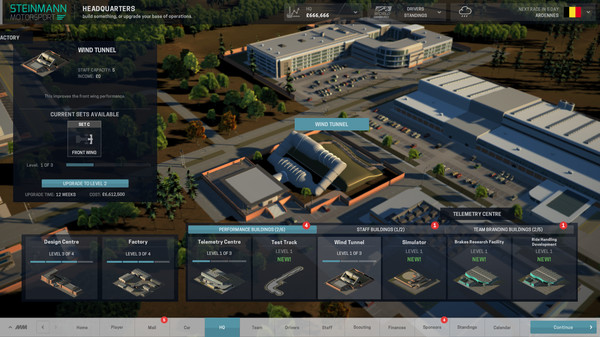 After purchasing 'Motorsport Manager' [Steam] at release, I was a bit confused as to why it had a SteamOS icon when it downloaded nothing. Sadly, it seems this is false advertising as the developers planned to release it for Linux later.

With no apology offered, the only response we have is from this Steam forum post:

As stated above - Mac and PC are out now and Linux will be following shortly with our first round of patches.

The "As stated above" comment refers to a linked post by someone else to their website, which contains information you would expect to see prominently stated on their Steam store page.

I can tolerate and understand mistakes (shit happens), but they offered nothing in the way of even the most simple of apologies.

I have requested a refund, as I think this practice should not be allowed. Having a SteamOS icon on Steam to me (and to everyone) means it has a SteamOS/Linux version available, not that it will have one in future. We all know how well that goes down sometimes, with repeated delays or versions never actually coming out for Linux. It also shows up on Steam's recently released list for SteamOS/Linux, which is obviously false too.

Update: Steam gave me a refund.

I'm now not surprised they didn't reply to either my tweets or emails before or after release, if this is their way of doing business.

Despite all that, I still want to play the damn game. Right now though, I am just a very frustrated customer at poor customer service from both Valve and Playsport Games/SEGA for allowing this confusion to happen. Article taken from GamingOnLinux.com.
Tags: Editorial, Steam
3 Likes
Share

Eike 10 Nov, 2016
View PC info
It wouldn't need computer magic at Valve's side to automatically test that there's at least something downloading for every supported system...
2 Likes, Who?

View PC info
It is extremely sad to know that. I think Steam should have some way to not allow such a practice.
4 Likes, Who?

About point 2- You can't do a review if you haven't even loaded the game.
1 Likes, Who?

About point 2- You can't do a review if you haven't even loaded the game.

I think they mean to use the Steam flagging feature, not the reviews. Flag it as broken (Not downloading) and tell them it has the Linux icon, but Linux isn't yet supported.
1 Likes, Who?

View PC info
What the crap? What kind of attitude is this? Remove that damn icon if you don't have a linux version of your game.
0 Likes

People can report abuse with the flag icon on the store page. 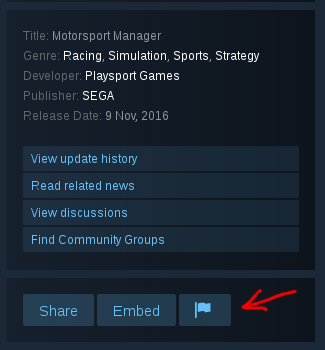 Liam Dawe 10 Nov, 2016
View PC info
Updated article: My email to Gabe seems to have done the job, Valve actually suggest you get a refund.
1 Likes, Who?
1/2»
While you're here, please consider supporting GamingOnLinux on: