MXGP3 - The Official Motocross Videogame, some thoughts on the Linux version

With MXGP3 - The Official Motocross Videogame now on Linux from Milestone S.r.l. With porting from Virtual Programming, I took a look. Note: Copy personally purchased.

As the first game from Milestone to land with Linux support, it didn’t get the best start. For a day it didn’t work for anyone and after that it crashed quite often. It was quickly fixed up, so thankfully it does work fine now. 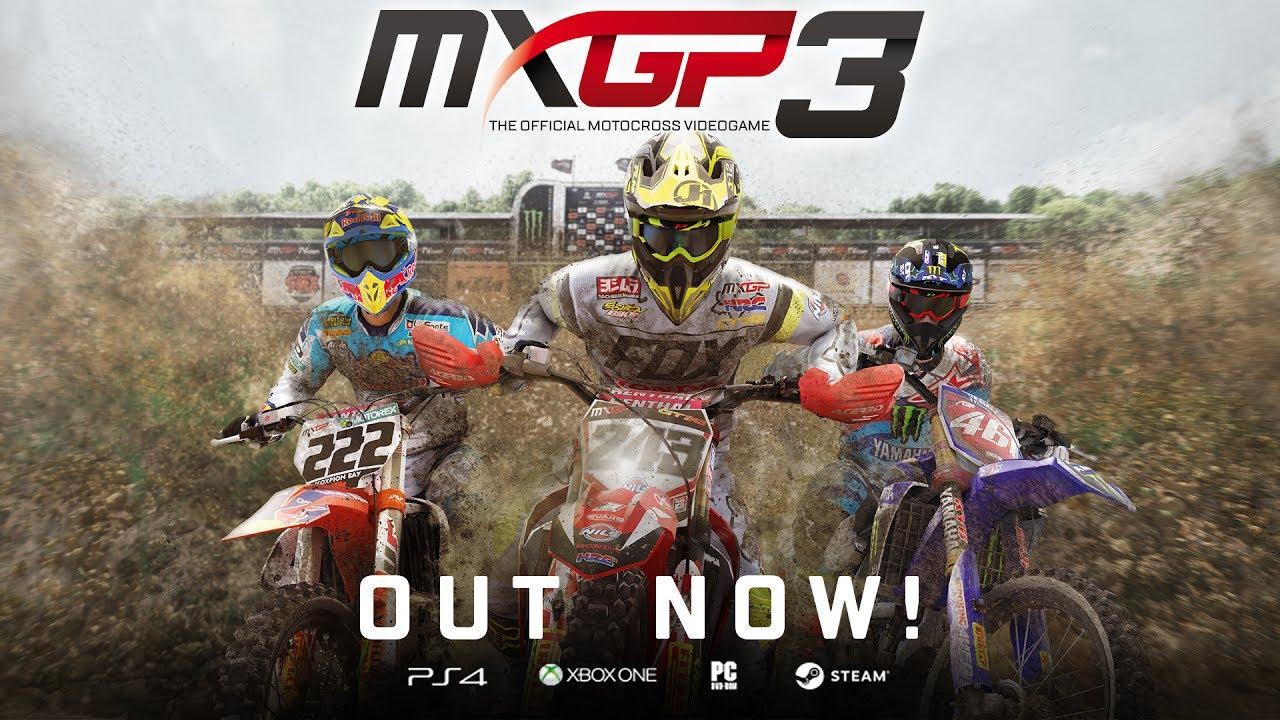 What is the game? In their words:

When first loading the game, the logo screens can’t be skipped. A sin games simply shouldn’t commit, but not a major issue more of a simple annoyance. As your first glimpse though, watching some of the logo screens stutter quite badly isn’t great. If they’re going to be forced, at least make sure they’re smooth!

When it comes to actual in-game race performance, honestly, it’s really not great. To get it a somewhat acceptable performance level, I did need to adjust the settings down quite a bit. Even with it only on the Medium preset, with no AF and no AA turned on it’s repeatedly gone right down to 30FPS. There’s an annoying stutter at certain times to, where the game will very clearly freeze for just about a second and then catch up, it’s just nowhere near smooth.

When you have drops down from 60FPS one moment, to around 30FPS quite often and some stutter, a racing game like this can be quite unplayable. In some games and genres it can be overlooked, but it completely messes with your control over the bike here. Considering the game isn’t all that much to look at visually, I would have expected quite a bit better performance. When doing a Time Attack, the performance seems quite a bit better. It seems having other riders on the track is what really brings it down. Considering that's a large and most interesting part of the game, it's a problem.

There’s also a few graphical issues, most noticeably people at the sidelines seem to have their character model constantly flashing along with some banner adverts also flashing. It’s not huge, but it becomes incredibly distracting when you notice it.

The bigger issue is the rain: 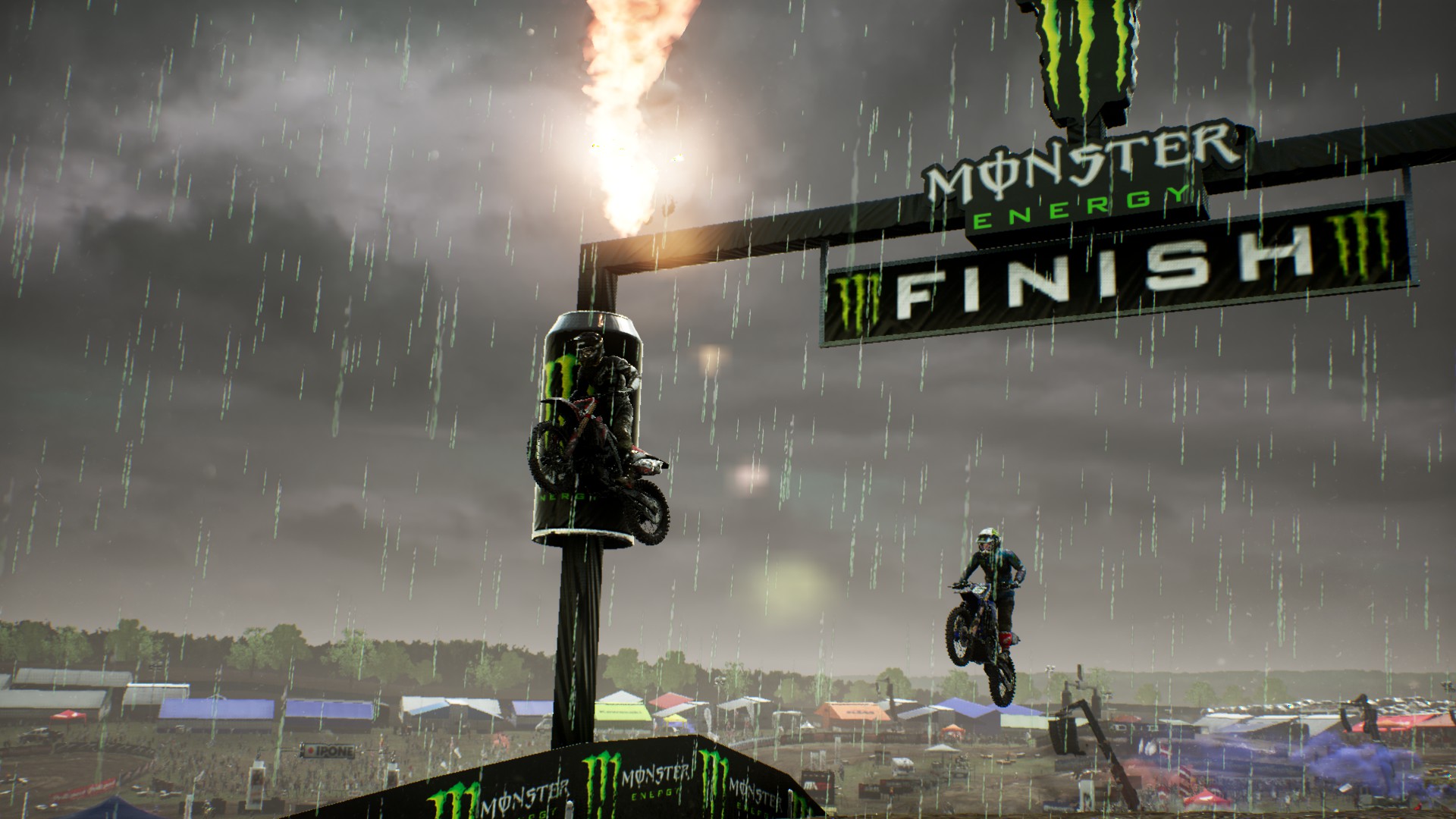 Raindrops are not only a little green, but they also start and stop on a very clear loop where it’s raining for all of a second or two, then the rain vanishes and repeat. On top of that, the rain effect is also clearly moving on you, instead of you moving through it. Although, the rain issue is not a Linux-specific issue, I’ve seen plenty of people noting just how bad it is on Windows too.

You should see pretty clearly here how it repeats itself:

If you do still have issues with it repeatedly crashing, try deleting this file:

That improved it for me, likely something left over from the initial release problems.

It's a shame, since I quite like Motocross myself, having been to watch it a number of times I completely get the pull with it. An exciting sport, one where anything can happen and some of the accidents are quite spectacular. Sadly, the actual gameplay thanks to all these issues just doesn't give off any excitement like I expected from it.

It does at least work perfectly with the Steam Controller, switching between that and Keyboard works perfectly so there's no issues on that side of things.

Overall, I’m really quite disappointed. I’ve seen a lot worse, but I expect a lot better than what we have right now. I will take another look in future if performance gets patched, but until then I’m not going to recommend it.

You can find With MXGP3 - The Official Motocross Videogame on Humble Store and Steam.

View PC info
...and for the people who bought it and want to play with acceptable performance

View PC info
Thanks,
i have seen this video days ago but i don't undestrand how to install this game with DXVK.
I have to use lutris? any help?

Quoting: rick4003dddThanks,
i have seen this video days ago but i don't undestrand how to install this game with DXVK.
I have to use lutris? any help?

The first game dev diary I ever read - it may even have been the first one ever, period - was Andy Braybrook's in Zzap! 64. The one thing that always sticks in my mind from it was his principle that “the program should never get in the way of the game”. Sound advice.

Pity about the weather effects and framerate issues. The static screenshots look amazing. (Well, yours doesn't, with the green rain, but you know what I mean. :P )

Motocross isn't my motorsport of choice, but when I think about it, it's hard to recall a game based on it that I didn't enjoy. I hope they can sort out the issues. VP have usually been pretty good at that, in my experience at least. (If only they'd do more testing before release, maybe a semi-public beta or something. Can anyone think of a port they've done that didn't launch with serious problems? As I say, they're usually good at sorting them out, but by then the bad publicity is already out there.)
4 Likes, Who?

View PC info
So i have to install the steam client with litris and download the windows versione of the game?

View PC info
Interesting that it's a Virtual Programming / eON port, when it's using UE4. You'd think native would be easier than wrapped in that case?

[EDIT]I love motocross games, but I'm going to pass on this one for now. With the performance issues everyone is talking about, I can't imagine it will run well on my Raven Ridge laptop. The MX vs ATV series run perfectly with proton, so I'll stick with those for now.

View PC info
I have all the graphical issues discussed in the article, plus I get crazy white and green flashing screen unless I enable Temporal AA. My Vega 56 can force through the acceptable framerate most of the time, but just barely.

A bit disappointing to say the least. But I don't want to be a naysayer. Dirt Showdown runs great and Witcher 2 got better in the end. So I am hopeful that I will be able to enjoy MXGP3 eventually.
2 Likes, Who?

Kristian 27 Nov, 2018
View PC info
Do VP ever do native ports or do they just automatically, instinctly and uncrictically use their eON wrapper
2 Likes, Who?

Quoting: KristianDo VP ever do native ports or do they just automatically, instinctly and uncrictically use their eON wrapper

They're always using eON, wrapping Windows binaries for Linux.
2 Likes, Who?
1/3»
While you're here, please consider supporting GamingOnLinux on: