N++ (NPLUSPLUS) is a rather popular fast-paced momentum-based platformer and it is finally available on Linux.

We knew they had plans to do a Linux version, given that they said so back in 2016. Sure took a while, but good things come to those who wait right? The Linux port was actually done together by HITC Studio and Knockout Games who also previously ported games like Tacoma, Mighty No. 9, Xenonauts, Darkest Dungeon, Shadow Warrior and plenty more to Linux. 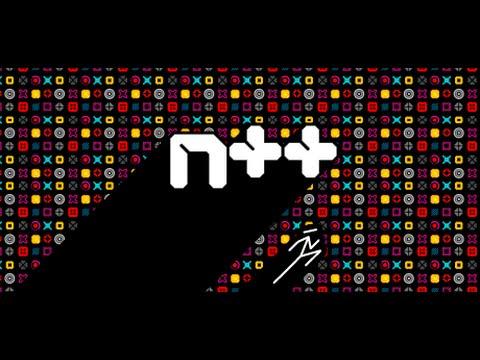 N++ is absolutely rammed full of content and interestingly, none of it is randomly generated. With over four thousand hand-made levels, a level editor, local co-op support, over 100 different colour palettes to customize your experience and more it's quite a treat for platformer fans.

Support for the Steam Controller is a little odd. It didn't work on the first run, then switching the config after restarting did suddenly make it work. Once in, it also gives the wrong on-screen prompts. It tells you it's X to go when it's actually A, if you press start during a level, the stick doesn't work to navigate the menu, but the DPAD does. Hopefully they will be able to sort that out.

Gamepad niggles aside, it's a solid game. Love the fact that you can change the colours at any time. What's also great about it is that it's very much a back to basics platformer, with no crazy power-ups. That doesn't really do it any justice at all though. While the whole idea is basic, the execution as well as the movement mechanics and the level design make it a worthy game to add to your collection.

It's a difficult game too, one to keep you occupied for quite some time. It doesn't exactly ease you in either and I've already managed to get stuck numerous times.

Looks like I know what I'm going to be playing this weekend! You can grab it from Humble Store and Steam.

We do often include affiliate links to earn us some pennies. We are currently affiliated with GOG and Humble Store. See more here.
About the author - Liam Dawe
I am the owner of GamingOnLinux. After discovering Linux back in the days of Mandrake in 2003, I constantly came back to check on the progress of Linux until Ubuntu appeared on the scene and it helped me to really love it. You can reach me easily by emailing GamingOnLinux directly.
See more from me
Some you may have missed, popular articles from the last month:
The comments on this article are closed.
6 comments
yahya 1 Jun, 2018

Great to see Knockout Games is back!

Quotenone of it is randomly generated

View PC info
YES! I can attest to the fact that this is an exceptional platformer. Grab it if you haven't already!
0 Likes

View PC info
Well glad to see my one exception to the don't buy on merely a promise of a Linux version has finally made it.
Plus I'm pretty sure I may have been one of the 6 people that kept asking about it after buying the game. So asking nicely can still get stuff done thankfully. Glad to see it finally ship for Linux.

View PC info
I love the heck out of this game. This is one of the originals from the glory days of free online flash games. I had N+ for the psp, this should be a nice improvement.
0 Likes

Quoting: chuzzle44I love the heck out of this game. This is one of the originals from the glory days of free online flash games. I had N+ for the psp, this should be a nice improvement.

Trust me it is, I've owned it for about a year now.
0 Likes
While you're here, please consider supporting GamingOnLinux on: