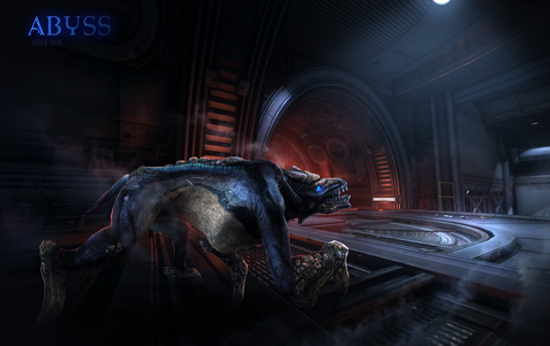 Natural Selection 2 is continuing its rapid pace of trying to bring players back. They have released update 301 with a few new goodies.

For starters a new map named Caged which looks pretty sweet, if you play on that map for at least two hours you will unlock a new good looking skin for the Skulk. That skin option is only available to earn for a few more days too!

They have also made the bots a bit smarter:

I think it's a really cool game, but it's a shame the Linux version always seems to be crash happy for me. If you have played it recently, how is it running for you?

About the game (Official)
Natural Selection 2 is a First Person Shooter and Real Time Stategy game rolled into one! Each team, alien and human, has a Commander. The Commander looks down on the battlefield and issues orders, places structures, collects resources, researches technology, and deploys abilities. Article taken from GamingOnLinux.com.
Tags: Action, FPS, Steam, Strategy
0 Likes
Share

I am the owner of GamingOnLinux. After discovering Linux back in the days of Mandrake in 2003, I constantly came back to check on the progress of Linux until Ubuntu appeared on the scene and it helped me to really love it. You can reach me easily by emailing GamingOnLinux directly.
See more from me
Some you may have missed, popular articles from the last month:
The comments on this article are closed.
12 comments
Page: 1/2»
posmunk 7 Jun, 2016

Played it last week after having had the game on hold for a longt time. Multiple crashes in addition to new bugs (like flickering UI/map, freeze of keyboard controls). Opengl-drivers for linux is still listed as "beta" in the game option, and this shows. Got so frustrated that I uninstalled the game.
0 Likes

Quoting: posmunkPlayed it last week after having had the game on hold for a longt time. Multiple crashes in addition to new bugs (like flickering UI/map, freeze of keyboard controls). Opengl-drivers for linux is still listed as "beta" in the game option, and this shows. Got so frustrated that I uninstalled the game.

Same old story then, what a damn shame.
0 Likes

View PC info
Yeah, the first step might be turning everything to minimal settings. I haven't got crashes for a long time and I'm playing 1-2 hours daily. The OpenGL renderer is unlikely to leave beta, however. Think the Dying Light port, divide by ten, you'll get the approximate amount of efforts made to improve it. They're focused on the gameplay changes now, it's awesome that the Linux version still isn't broken completely (for me at least). Recently they've broken the HLSL shader for Alien Vision on Linux and I had to fix it by myself, my fix was released the next week with the next update.

The game requires a lot of learning and it's not like you'd be able to enjoy it playing just on weekends for a couple of hours. You need to learn all the time, listen to the team and warn about the incoming enemies. Without strong teamwork it's a waste of time and you lose in the end. Organised rushes can sometimes turn the tides and allow for comebacks even when the game is seemingly lost.

There are rookie-only servers where one can train peacefully and not get rekt by vets constantly. I suggest to play at least 40-50 hours there, real gameplay hours (by Hive), not just the Steam ones. Only then you'll start to grasp the game a bit but never go comm on non-rookie servers until you have at least 100 Hive hours, you'll inevitably screw up the game for everyone in your team and will be blamed a lot.

If you're not prepared to invest this much time I'm afraid there's no point to even start, especially if you're not interested in the genre. Either you get hooked up or you drop it, that's the nature of competitive games. It pays off greatly though when you master it, I have 1788 hours by Steam and nearly 1000 hours by Hive (total rounds time).
0 Likes
posmunk 7 Jun, 2016

Maybe I should reinstall the game, have some patience and fiddle with the settings? I want to stress that I really enjoy the game apart from the crappy stability!
0 Likes

View PC info
Sure, give it a try. I don't know about stability but if you have a stuck keys issue there's a solution. AFAICT, crashes happen because the game runs out of the address space and that happens because of textures and no, lot of VRAM won't help you with that and also no, lot of RAM doesn't help either. Lower everything, if it runs ok despite looking like crap, you're fine. Start turning things back on. If you want to play competitively I'd suggest to turn off all the fancy effects anyway. They obscure the view and tank FPS.
0 Likes

View PC info
To be honest its always run well for me, First few patches after initial release was sketchy though. Theres no slowdowns/graphic probs that I've encountered.

Not tried since this last patch yet
0 Likes

View PC info
I've always felt that this game's most interesting aspect was its biggest downfall, and that is the RTS element. I also feel they missed out on giving this game a scary atmosphere, and everything feels bullet spongy which I dislike.
0 Likes

View PC info
I used to have horendous lag and major wait times converting content to new formats - maybe now that I got a new CPU it wont be so bad but I'm not sure if I can play it on my Skylake as I moved my GTX 970 into my Steam Machine.

View PC info
Works fine for me, love this game. Cant wait to try out the new map, just waiting for the 1080 to arrive.
0 Likes
1/2»
While you're here, please consider supporting GamingOnLinux on: