Natural Selection 2 has dropped 32bit support and updated the flamethrower

Natural Selection 2 [Steam] has gone 64bit with the removal of 32bit support officially now. On top of that, they've made steps to make the flamethrower a more viable weapon. 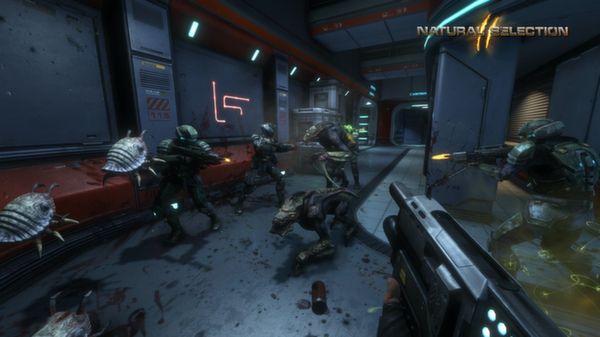 Hopefully now that it's 64bit, some of the crashes in the Linux version will have been fixed. They also say that they've worked on performance too with the latest patch, as they've been working to make the games code use LuaJIT, which they say should improve how the game feels.

I tried it out for a bit and it does seem to work quite nicely, it does seem really smooth for me on high settings and I experienced no crashes. I don't think anyone on my team (including me) really knew what they were doing, but it was quite fun. It's been a long time since I've played it properly, but it's great to know it's still alive with a small community of players.

View PC info
The most important change that LuaJIT brought is reduced input lag. Ghoul, one of the developers who also works on the Linux version, said that the input handling time is reduced by 30-40%! Quite a big improvement and it really feels good, especially if you're playing competitively.

The overlay caused some freezes before, I wonder if that was the reason they disabled it (if that was intentional and not a mere bug).
2 Likes, Who?

View PC info
Neat, Lua is one of my languages! I'm guessing only the game logic is Lua while the engine uses something else entirely?
0 Likes

Quoting: AnxiousInfusionNeat, Lua is one of my languages! I'm guessing only the game logic is Lua while the engine uses something else entirely?

In NS2 Lua is used much more than in Factorio for example (where it describes rules but otherwise is not called often). In NS2 all the input, including camera rotation, is Lua-processed. The engine is in C++ and it does really basic things, Lua covers a huge chunk of the game code.
0 Likes

View PC info
Unfortunately they also broke the game at least under Fedora (missing libsndio library) and don't respond to bug reports.
1 Likes, Who?
IDNO 4 Nov, 2017
Can you plz add game alien arena: warriors of mars the game, Is almost rebuild from original alien arena its very fun if you like quake games :D, yes its on linux :D, Steam.

View PC info
It's known and reported, I hope they'll get it sorted out soon.
0 Likes

View PC info
I tried the game a few months ago and it wouldn't work, always giving me some kind of segfault error due to neglect from the developer. Good to hear that the game is working again on Linux!
0 Likes
While you're here, please consider supporting GamingOnLinux on: