Natural Selection 2 is looking to come to Linux!

Natural Selection 2 the awesome Humans vs Aliens FPS/RTS hybrid is looking set to come over to Linux! It is not yet confirmed exactly when or if it will be Steam only. 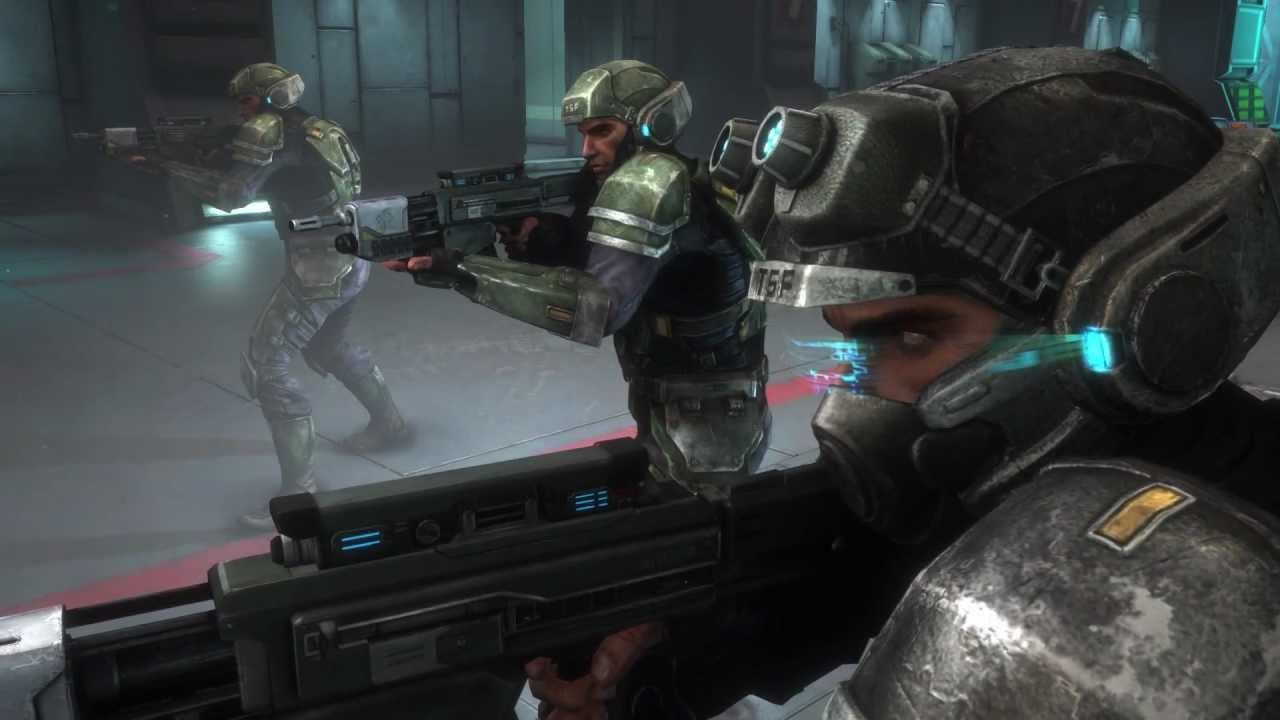 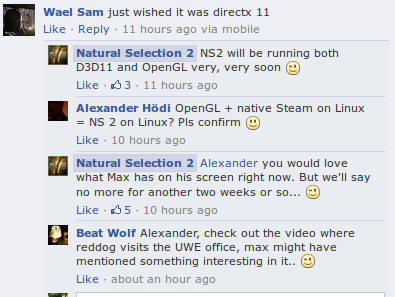 This is further to their blog post in may that details more of their plans:


QuoteThe drawback of D3D11 is that it is not universal. It only works on machines running the requisite operating system, and on hardware capable of understanding the instructions it sends. According to to the Valve Hardware Survey, the penetration of D3D11 capable machines is increasing. But crucially, machines incapable of any D3D rendering are also a growing market: Linux distributions and Mac OSX.

Enter Open Graphics Library (OpenGL). OpenGL works on a wider array of operating systems than D3D, including Linux and Mac. As gaming communities on these operating systems grow, it is becoming more financially viable to produce games that run on them.

So looks like we will have a seriously awesome shooter on Linux this year!

This is further evidence to when we spoke to them on twitter and reported on it back in April. Although until the official word comes in the way of a full announcement, this still could be a little premature, but I like to think positive.

I have secured my copy ready because of this, have you?

Thanks Jon for letting us know via twitter, follow us on twitter @gamingonlinux Article taken from GamingOnLinux.com.
Tags: FPS, Indie Game, Upcoming
0 Likes
We do often include affiliate links to earn us some pennies. We are currently affiliated with GOG, Humble Store and Paradox Interactive. See more here.
About the author - Liam Dawe

I am the owner of GamingOnLinux. After discovering Linux back in the days of Mandrake in 2003, I constantly came back to check on the progress of Linux until Ubuntu appeared on the scene and it helped me to really love it. You can reach me easily by emailing GamingOnLinux directly.
See more from me
The comments on this article are closed.
13 comments
Page: 1/2»
maokei 28 June 2013 at 9:40 am UTC
OMG this is something I have been waiting for a long time!!
0 Likes

maokeiOMG this is something I have been waiting for a long time!!

You aren't the only one

View PC info
The quote in this piece is great. Really gives me hope for the future of gaming on Linux.
0 Likes
toor 28 June 2013 at 1:48 pm UTC
would it be safe to pay it on steam? I mean, are we sure it will be available on steam linux?
0 Likes

toorwould it be safe to pay it on steam? I mean, are we sure it will be available on steam linux?

Personally, I would wait for it to come out on Steam for Linux. (If it ever does) We are not sure.
0 Likes

toorwould it be safe to pay it on steam? I mean, are we sure it will be available on steam linux?

I myself would only buy a title once it is actualy available for Linux to ensure that it counts as a sale for Linux as well as to be on the safe side.
0 Likes
Projectile Vomit 28 June 2013 at 5:08 pm UTC

I wish to give them my hard-earned money!
0 Likes

Kristian 28 June 2013 at 6:07 pm UTC
View PC info
This is great. One more engine with Linux support as well.
0 Likes
darkone778 28 June 2013 at 9:58 pm UTC
I know for a fact that they are actively looking to port NS2 to Linux as I did an interview with the folks from Unknown Worlds for holdtheline.com If you listen Hugh Jeremy talks about bringing NS2 to Linux https://www.youtube.com/watch?v=ALsdbv7Ghfo
0 Likes
1/2»