Nine Parchments, a co-operative blast'em up game of magic mayhem announced from Frozenbyte

Nine Parchments is another new game from Frozenbyte that looks quite interesting, the good news is Linux should be supported. 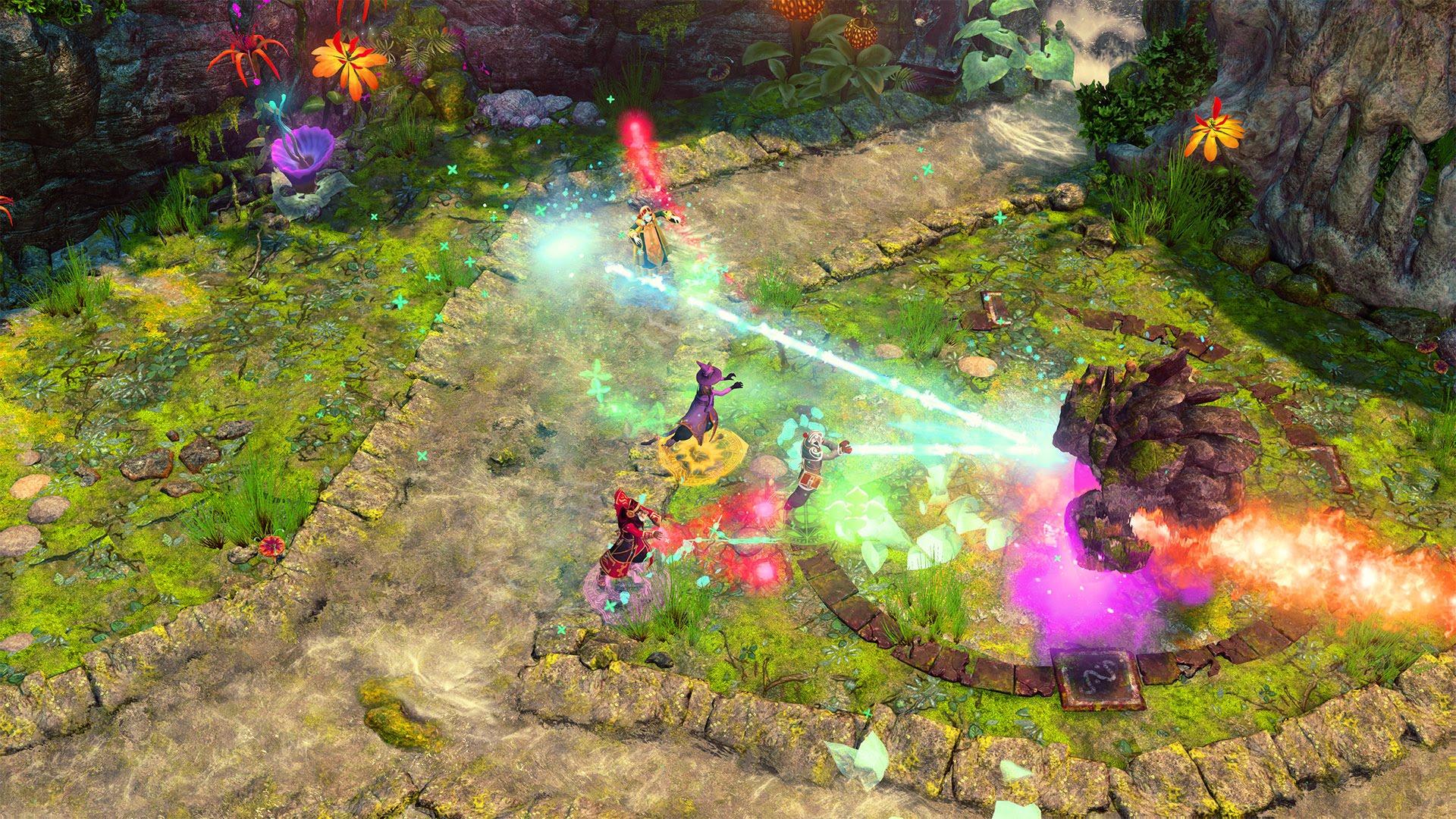 It looks a bit like Magicka, only more of a shoot'em up.

Their press email had that dreaded "PC", so I reached out to them to clarify it and this was their response:

@gamingonlinux we hope to include all three. Driving to gamescom atm so email replies will take a while, sorry!

Sounds quite positive and they have a good history of Linux support now.

QuoteFinnish game developer Frozenbyte is excited to announce Nine Parchments - A co-operative blast'em up game of magic mayhem that takes the studio back to its fantasy roots.

The story of the game revolves around a group of drop-out wizard apprentices, who've decided to skip their training for a quick path to the Nine Parchments.

As the wannabe wizards rapidly discover powerful new spells and ignore all safety aspects, it's only natural that their hasty progress results in lots of unwanted deaths.

View PC info
instabuy for me, frozenbyte has always supported our community
1 Likes, Who?

View PC info
Looks more like Helldivers than Magicka, okay granted I think both of those are made by the same developers, but Magicka has a certain... well I'd like to refer to it as strategy, but let's face it, it's a pain in the ass! So much fun though! Helldivers is more... well it's also a pain in the ass, but gameplay wise looks just like this one, massive amounts of enemies to come to kill you and twin controller action.

Here's hoping it is like Magicka 2 and directly supports the Steam Controller, it's one of the only games I've played that has full support of it, showing the correct buttons on screen even.

I'll agree with seven, Frozenbyte has been very good to us. Even the games that didn't initially have Linux support they've gone back and ported for us, like Shadowgrounds, though I think the Linux version of Shadowgrounds isn't on Steam? At least last time I looked it seemed like it wasn't.
1 Likes, Who?

View PC info
Will be great fun on multiplayer!
0 Likes
While you're here, please consider supporting GamingOnLinux on: