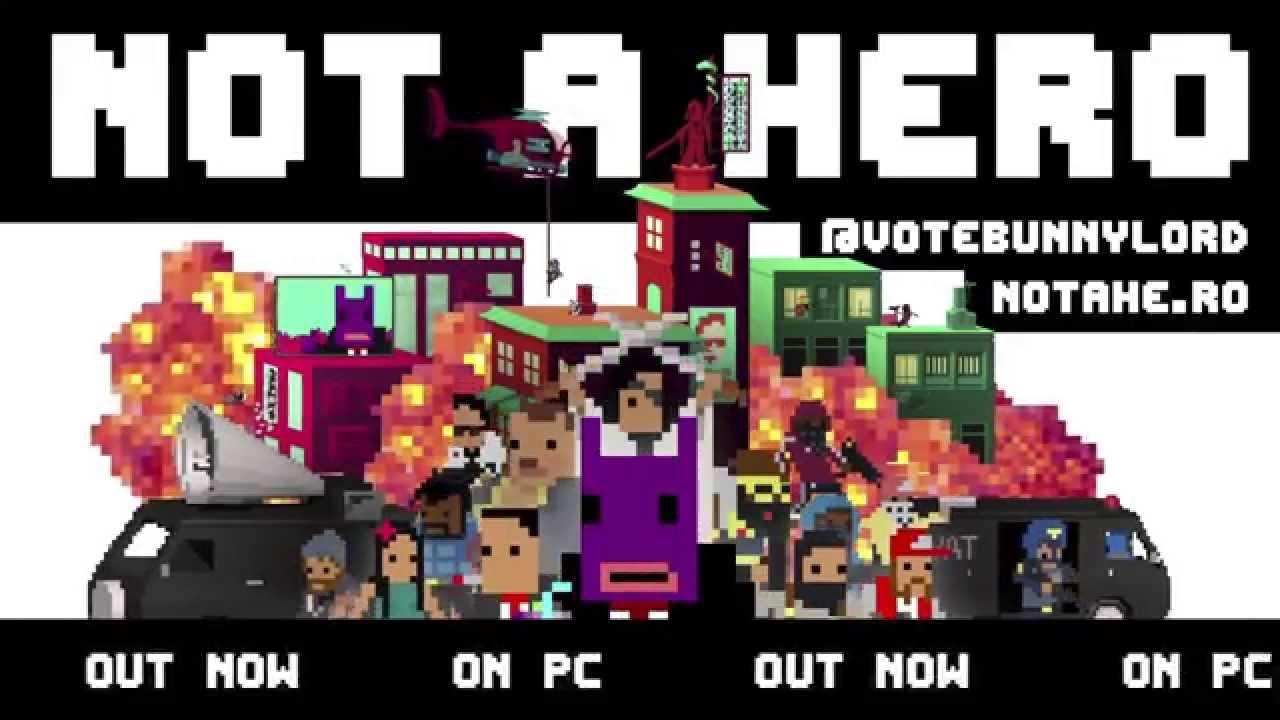 YouTube videos require cookies, you must accept their cookies to view. View cookie preferences.
Accept Cookies & Show   Direct Link
About Not A Hero
Professional assassin turned amateur campaign manager Steve is charged with cleaning up the city by an anthropomorphic rabbit and mayoral candidate from the future named BunnyLord. Now Steve and his expanding roster of dubious heroes must wield their unique skills to shoot, slide, dive, and take cover behind a political platform built on ethics, accountability, and an inordinate amount of gunfire. Eliminate the criminal underworld of the city’s three major districts and persuade undecided voters to your cause, tackling the issues that matter by putting a gun in the mouth of those issues.

Find Not A Hero on GOG.

YouTube videos require cookies, you must accept their cookies to view. View cookie preferences.
Accept Cookies & Show   Direct Link
About Little Inferno
Congratulations on your new Little Inferno Entertainment Fireplace! Throw your toys into your fire, and play with them as they burn. Stay warm in there. It's getting cold outside!

Burn flaming logs, screaming robots, credit cards, batteries, exploding fish, unstable nuclear devices, and tiny galaxies. An adventure that takes place almost entirely in front of a fireplace - about looking up up up out of the chimney, and the cold world just on the other side of the wall.

Eike 11 Oct, 2015
View PC info
Little Inferno was an amazing experience to me. I sat down and played it and wondered and wondered what all this is about and if it's really only burning the right stuff in the chimney and watch it burn down...
... until after the ending, I realized it was about half past 2 in the night and I had played it for many hours while my girlfriend had gone to sleep long before.
2 Likes, Who?
While you're here, please consider supporting GamingOnLinux on: