For those interested, NVIDIA have now updated their special Vulkan beta drivers with 415.18.02 so they're a little less behind.

They also noted this release has bug fixes for VK_EXT_transform_feedback, the newer Vulkan extension that was made to primarily help projects like DXVK. This extension is still not supported in their regular drivers, hopefully them rebasing this on their latest driver series is progress towards that.

It's worth noting, some users have seen issues with this newer driver breaking Unity games in Wine. So if you're using Steam Play or DXVK with Wine directly, you may want to hold off or do some extra research before using it. Not just this beta driver, the whole 415 series from NVIDIA seems to be suffering issues.

Personally, I noticed Rocket League performing a lot worse with 415.18 as well.

Article taken from GamingOnLinux.com.
Tags: Drivers, NVIDIA
14 Likes, Who?
We do often include affiliate links to earn us some pennies. We are currently affiliated with GOG, Humble Store and Paradox Interactive. See more here.
About the author - Liam Dawe

View PC info
So far so good. except the mentioned unity games crashes.

Performance seems same as 396.54.09 and theres no stuttering unlike previous 415.x drivers

make yourself heard, so this gets more attention
3 Likes, Who? 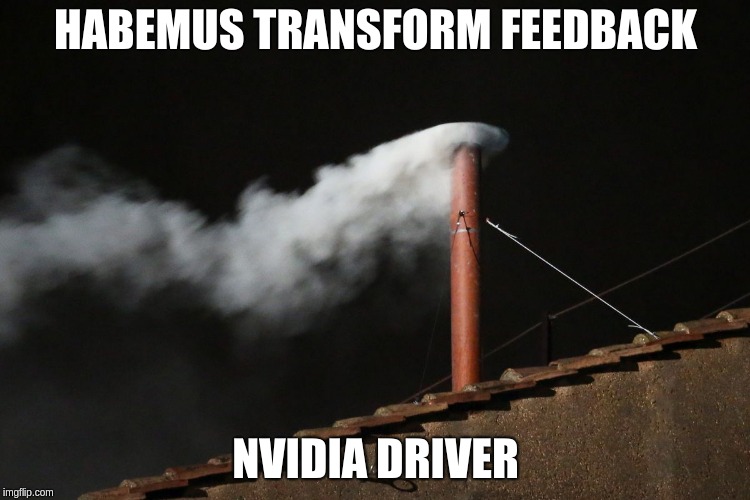 View PC info
I think the issue is more related to DXVK than to Unity. Because the affected games work if I disable DXVK on Steam with:
PROTON_USE_WINED3D11=1 %command%
0 Likes

Leeo97oneI think the issue is more related to DXVK than to Unity. Because the affected games work if I disable DXVK on Steam with:
PROTON_USE_WINED3D11=1 %command%

It's definitely related to new drivers. Yesterday I could comfortably play The Room 2 and it worked just fine, then after installing new drivers "GetThreadContext failed". There was no game update, no Proton update, no Steam update... only drivers changed.
0 Likes

That is how i do it:
This is how to run Dark Souls III on Ubuntu 18.04 via SteamPlay with Steam client beta for smooth play.

# THIS IS FOR NVIDIA CARDS!

# 1. Install Ubuntu 18.04 64bit with ext4 file system.
# 2. Install Steam Client and opt into the Linux Steam Client Beta. Update client and make sure it's running. Make sure this game will forced to run with Proton 3.16-4 Beta.
# 3. Install ppa for better and newer drivers for Nvidia Cards(use exactly 410 series driver, all other have bad performance or even non-running game):
sudo add-apt-repository ppa:graphics-drivers/ppa
sudo apt install nvidia-driver-410
# 4. Reboot the system now to finish driver installation.
# 5. Play the game with max settings.

Leeo97oneI think the issue is more related to DXVK than to Unity. Because the affected games work if I disable DXVK on Steam with:
PROTON_USE_WINED3D11=1 %command%

It's definitely related to new drivers. Yesterday I could comfortably play The Room 2 and it worked just fine, then after installing new drivers "GetThreadContext failed". There was no game update, no Proton update, no Steam update... only drivers changed.

Of course, this is a driver issue, but I meant that the error occurs in all DirectX 10/11 games using DXVK, Unity or not.
But never mind, I was wrong because I tested with a non-Unity game like GTA V and it works fine with DXVK.