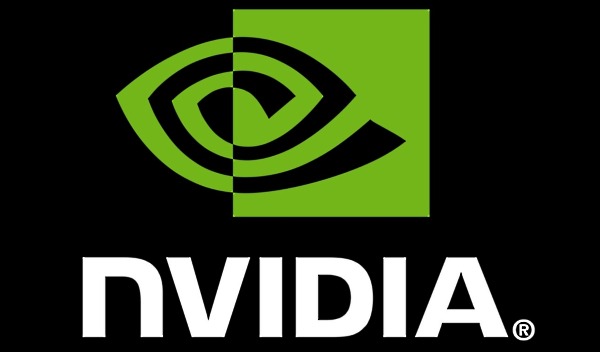 It seems Nvidia are getting more invested in Linux, and this makes me rather happy. At SIGGRAPH 2015 on Sunday Nvidia is doing a number of talks, and two are very interesting for us Linux folks.

Between 9-10AM (LA Time) Nvidia will be hosting a "Vulkan on NVIDIA GPUs" talk, and that's incredibly exciting. I now fully expect them to be the first ones out the door with Vulkan in their official drivers. I know Valve are doing experimental Intel drivers, but this is Nvidia doing it officially.

Then at 12:45 - 1:45 pm Nvidia will host another talk titled "The Time Has Come: Powerful Profiling and Debugging Tools Arrive for Linux and OpenGL With NVIDIA’s Linux Graphics Debugger".

It's fantastic to see Nvidia do talks like this, and hopefully they will be available on video somewhere afterwards. Otherwise we will be at the mercy of anyone able to attend, which is impossible for me with a young child right now, not to mention flying to LA + accommodation would be crazy price wise.

I hope to see Intel and AMD talk up Vulkan a bit more soon too.

This has been the single most exciting year in Linux Gaming history, remember it folks. Article taken from GamingOnLinux.com.
Tags: Editorial, Upcoming
0 Likes
Share

Pecisk 7 Aug, 2015
View PC info
This is very important. This tells that Vulkan spec is truly finished (otherwise they wouldn't talk about drivers), Nvidia has been for long time with Vulkan and Linux graphics debugger to make OpenGL games run faster - yes, please!

I expect AMD to talk about their Vulkan efforts too. With Mesa3D finally getting OpenGL 4 compatibility, this is truly exciting times. There's lot of things to be done but this is certainly signal moving forward.
1 Likes, Who?

View PC info
I hope vulkan can and will support sli and multimontor setups.
At the moment linuxs is useless when it comes to sli and gaming with more then one montior.

View PC info
Does anyone know whether the talks will be publically available for everyone after they did it?
0 Likes

View PC info
I really hope they release Vulkan driver at SIGGRAPH or soon after. Go a vacation coming up and would love to code a small gfx demo using Vulkan..
1 Likes, Who?

My last few computers have used AMD graphics cards (high-end models, in some cases) and I was (obviously) not always opposed to AMD, but they seem only semi-interested in Linux-based operating systems (something that seems to be changing, albeit slowly...), their graphics cards almost always pale in comparison to the performance of equivalent products from Nvidia (under Linux-based operating systems) and support for AMD products in Linux games is appalling (how many titles have poor or no support for AMD graphics cards?).

Sabun 7 Aug, 2015
View PC info
If Nvidia really are out the door first with Vulkan support (disregarding the Intel driver Valve made), I will be disappointed.

Not in the efforts of Nvidia, but in AMD's skill. Vulkan is their brainchild, since it spawned from Mantle. I really thought AMD would be on top of it this time. There's still time until what's announced, but I feel it in my gut that AMD probably isn't that interested in it as they are in DX12.
4 Likes, Who?

View PC info
Any videos are typically online, but how soon afterwards is another question. My guess is like with GDC; between 2 and 4 weeks.

I didn't see nVidia talking about drivers & Vulkan btw. I just see them talking about nVidia GPUs and Vulkan. Also, there have been demos before showing what nVidia can do with Vulkan, or what they believed would be Vulkan. It's basically a rendering of a graphics card and real-time performance differences.

Releasing GPU debuggers is nice, and I do hope they'll be nice, but they should honestly have put more effort into things like apitrace or vogl. nVidia debuggers will run on nVidia hardware only - useful, but more generic solutions are much nicer for the end developer. Not that I expected anything different from nVidia of course. I have the same problem with the tools already on offer from AMD.
0 Likes

Quoting: SabunIf Nvidia really are out the door first with Vulkan support (disregarding the Intel driver Valve made), I will be disappointed.

Not in the efforts of Nvidia, but in AMD's skill. Vulkan is their brainchild, since it spawned from Mantle. I really thought AMD would be on top of it this time. There's still time until what's announced, but I feel it in my gut that AMD probably isn't that interested in it as they are in DX12.

That also happened in the past when AMD talked to support OpenCL rather than CUDA :

-nVidia was the very first graphics vendor in doing an OpenCL hardware accelerated implementation. Not AMD.
2 Likes, Who?

I would want to buy an AMD card, for FreeSync (vs. GSync) and Nvidias GTX 970 lies.
But obviously, as a Linux solely user(*), I won't.

(*) to the native speakers: is this correct, "Linux solely user"?
0 Likes
1/5»
While you're here, please consider supporting GamingOnLinux on: