One Hour One Life, a very unique survival game where you can be another player's baby

I've not been this intrigued by a game for quite some time, One Hour One Life [Official Site] sounds like one of the most unique survival games I've ever seen.

It's developed by Jason Rohrer, who also made The Castle Doctrine [Official Site] which is another massively multiplayer game. This time though, instead of protecting your home and stealing from others, you will be helping to rebuild civilization. Each player that joins the server, will age by an entire year for every single minute that passes, so you don't have a lot of time. You might even join and find yourself as the baby of another player. 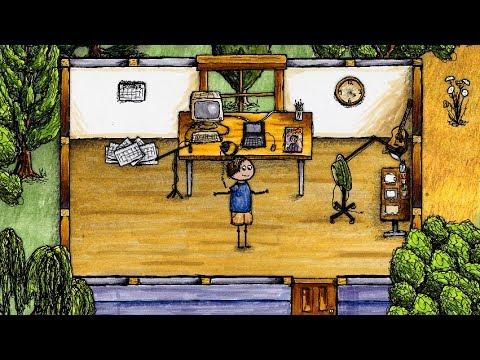 It's not just the fact that you might end up seeing many different generations of families, the tech tree is absolutely huge as well. You are rebuilding civilization from scratch and the developer is adding to it weekly to keep ahead of the tech level. From sticks to powered rail cars and robots, there's a lot to see in the game.

For $20 direct from the official site, you will be given access to the Linux, Mac and Windows versions along with full source code access. The code also includes the server too, so you could run your own server or make your own entire game with it. Going by the GitHub, the license literally says "This work is not copyrighted.".

I think I might have to try this one…

Update: I went ahead and picked up a copy, it does have some big issues if you have more than one monitor especially as it uses SDL 1.2 which is pretty darn old now. On Ubuntu, I needed to install the 32bit SDL 1.2 lib for it to actually load. To get it working properly, I had to turn off one monitor, then set the game to windowed mode, otherwise it stretched across both of my screens cutting the game in half.

View PC info
Amazing concept, but not sure it's fun to play. Very curious to see how it evolves.
2 Likes, Who?

View PC info
I'm rather confused by this. The license is, well, nonexistent. This means that, depending on country, you have no legal right to use the source code. Calling it public domain would be better, or just picking a well used license...

It's weird and I do not understand it.

They also don't link to the source from their webpage at all, to what I can see, which makes this even weirder.

It does look like a fun game to give a go though!

EDIT: Please note, I'm not a lawyer and I have no wish to be either. So everything I said might be wrong.
EDIT2: The github repository seems to only have build notes for the editor and server, not for the client itself. I'm so confused.


Last edited by nox on 28 February 2018 at 5:42 pm UTC
1 Likes, Who?
Kabouik 28 Feb, 2018
This looks amazing, although I don't like the strong focus on food that I can see in the reviews (reviews are pretty fun though). I will likely get a key tonight, I love the concept and incentive to cooperate.
1 Likes, Who?

View PC info
This one is odd.
I am not too keen on the server unless you host it with friends. Although i can see my friends throwwing my baby avatar in the river :D
But with random strangers ? really curios how that works out . It is the internet after all.
As for the sound effects - dear god , just NO !
0 Likes

The dev did have very "controversial" opinion that his games would never ever ever go on sale again (Castle Doctrine). Which some players critised for killing the game as in meant there was never any new blood and any new blood just found a dead game. A game that relies on people playing semi-regularly on/off.

I'm assuming he's learned some of his mistakes from that, which have led to some aspects of this game.
1 Likes, Who?
TheRiddick 1 Mar, 2018

View PC info
Seems it would be extremely reliant on other players and server population. What if your the only person around? do you just keep respawning as a baby and fend for yourself?
0 Likes

Quoting: TheRiddickSeems it would be extremely reliant on other players and server population. What if your the only person around? do you just keep respawning as a baby and fend for yourself?

If there are not enough mothers available, then you will spawn as an Eve instead of spawning as an infant, and you can go on from there creating your own family line.
0 Likes

View PC info
It's seems a great game but i will check some real gameplay first. ;)
0 Likes
While you're here, please consider supporting GamingOnLinux on: