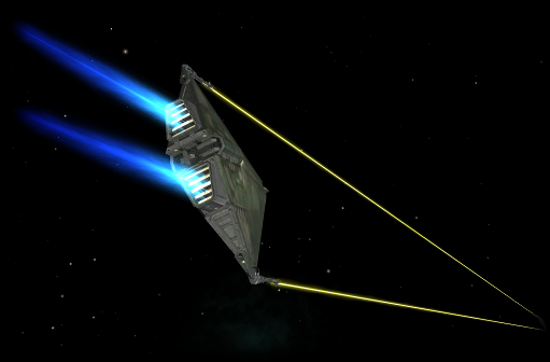 Oolite 1.84 has recently been released and brings with it a new camera mode which will help make some awesome screenshots and other stuff too.

Do many of you play it? I remember playing Elite when I was much younger on my Amiga!

About the game
Oolite is inspired by the 8-bit classic Elite, and many aspects of gameplay will be familiar to players of that game. In the tradition of open-world games, there's no overall story: you can be a millionaire trader, a veteran combateer, a feared pirate, a lonely miner, a notorious smuggler, or all of them, or something else entirely, based on your own actions.

The source is available under the GPL and it can be found on github. Article taken from GamingOnLinux.com.
Tags: Open Source, Sandbox, Simulation
0 Likes
We do often include affiliate links to earn us some pennies. We are currently affiliated with GOG, Humble Store and Paradox Interactive. See more here.
About the author - Liam Dawe

I am the owner of GamingOnLinux. After discovering Linux back in the days of Mandrake in 2003, I constantly came back to check on the progress of Linux until Ubuntu appeared on the scene and it helped me to really love it. You can reach me easily by emailing GamingOnLinux directly.
See more from me
Some you may have missed, popular articles from the last month:
The comments on this article are closed.
5 comments
dtoebe 2 Aug, 2016
I used to play this game a lot before Steam came to Linux, and I had more time. I do think of this game but never play it. I may have to set some time to get back into it. But my standby OSS Game is still Warzone 2100. I want to waste an hour or 2, that is my game
0 Likes

View PC info
I first played Elite on a C=64, and it was one impressive game for its time. Frontier was the sequel, coming out for the Amiga and DOS. Oolite is a worthy successor.

View PC info
Many FOOS games to choose from, excellent :)
Most of them could use some manpower, though.
0 Likes

View PC info
This game is one of my personal favs. The mod community is small but strong, and they've given it a life all its own that feels *like* Elite, but definitely has some new twists.
1 Likes, Who?

View PC info
How does this version compare to the Pioneer fork?
0 Likes
While you're here, please consider supporting GamingOnLinux on: