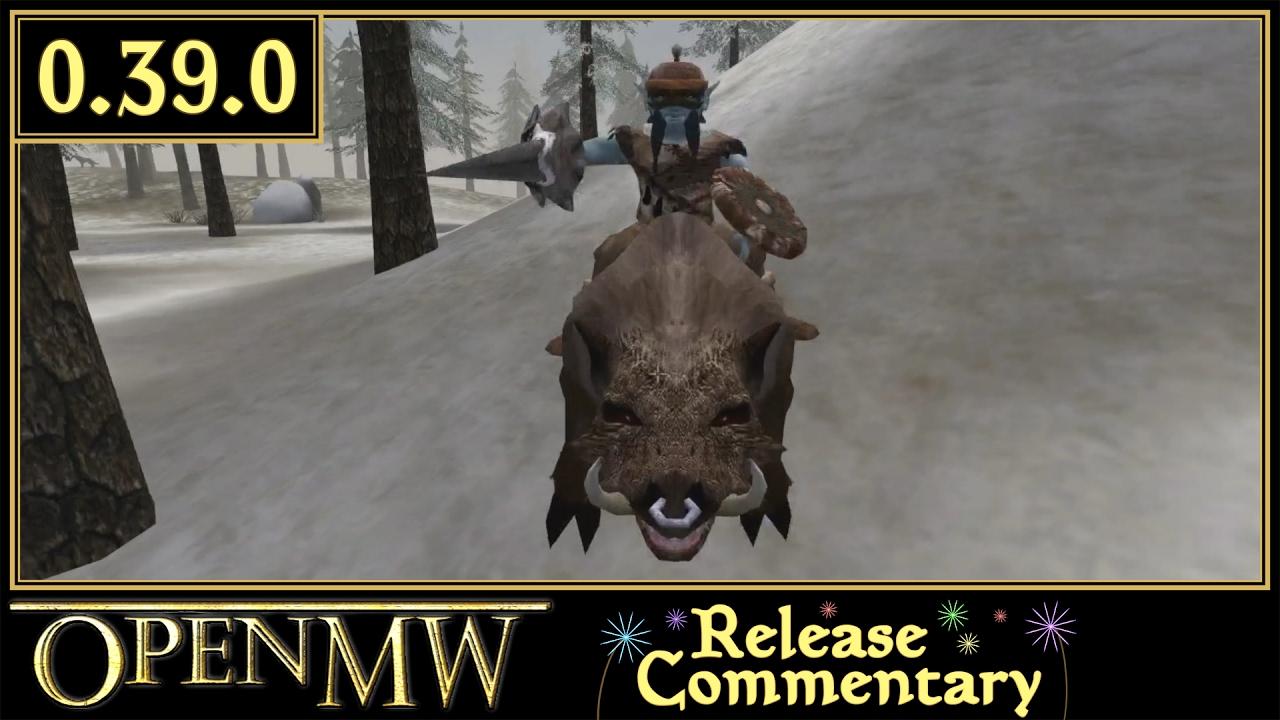 It seems the only major features missing they note are Shadows and rendering Distant Land.

I think I will have to purchase a copy of Morrowind myself to try out now, as OpenMW seems like it's very playable. I originally played Morrowind on the original Xbox and loved it, so hopefully it holds up. Article taken from GamingOnLinux.com.
Tags: Game Engine, Open Source
0 Likes
Share

Sometimes you could see some graphic glitch, but overall, the game is fully playable to the end.

The fact is, this program runs better than the original on modern machines.
You can play on a 64 bit rig with more than 4 GB RAM without issues nor unexpected halts to desktop.

It also supports a lot of community mods.

I'm using Morrowind Overhaul 3.0, with which the game looks gorgeus.

QuoteI think I will have to purchase a copy of Morrowind myself to try out now, as OpenMW seems like it's very playable. I originally played Morrowind on the original Xbox and loved it, so hopefully it holds up.

I really recomend it.

denyasis 16 Apr, 2016
View PC info
How is the mod support? I still play Morrowind via wine with a lot of mods and utilities (FPS optimizer, wyremash, etc - could never get MGE to work...)

Its a shame so many of the mods seem to b disappearing off the internet....
0 Likes

Quoting: denyasisHow is the mod support? I still play Morrowind via wine with a lot of mods and utilities (FPS optimizer, wyremash, etc - could never get MGE to work...)

I'm not sure about this.

I've never used mods the first time I played Morrowind (on Windows) many years ago.

And it's now I'm playing on Linux when I first use mods : Morrowind Overhaul 3.0 expecifically.

I know that packs not merelly "mods" (in the content file sense only) but includes utilities and patches to the Windows Morrowind.exe file that extend somewhat its functionality and changes some game mechanics.

But even if I needed Windows to run Overhaul installer, I'm playing it exclusively on Linux, with OpenMW so I can't tell you what differences are.

And trying to compare the two versions could be tedious : the savegame files were incompatible between vanilla and OpenMW. So trying to compare things on advanced game, far from the start, will imply replay the game to that particular point, just to see if efect X (only seen far from start) applies to OpenMW.

My guess is it lacks the mechanics thing.

Quoting: IvancilloI'm not sure about this. ...

Thanks! You have a really good point. Most of the old utilities existed to fix issues with the game and it's handling of mods/scripts. I'll have to look through the project and see what the differences are as I hope that many of the well known Morrowind "bugs" are fixed so that things list merging Leveled lists, etc are no longer necessary.
0 Likes

View PC info
Finally started playing this game. Played it on my aunt's Xbox a tiny bit several years ago and it blew me away and sucked me into the world like no game had before. Can't wait to finish this semester so I can really get into it and even "finish" it for the first time.
0 Likes
While you're here, please consider supporting GamingOnLinux on: