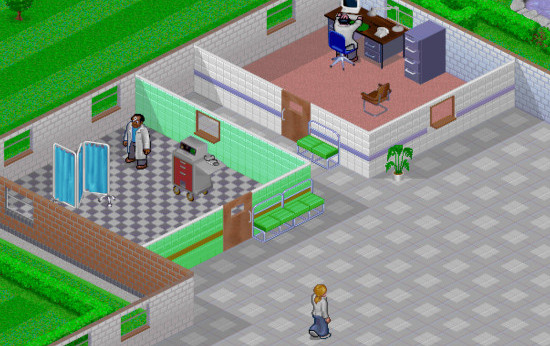 It now includes a map editor, the possibility of user created campaigns, drug prices impact patients choices, machines now smoke when they are getting worn out, and more. It also includes a bunch of bug fixes since the last release.

Looking forward to giving it a try myself, as Theme Hospital is an absolute classic not to miss!

You can get Theme Hospital from GOG here. As CorsixTH is just an open source game engine, so it requires the original files. Article taken from GamingOnLinux.com.
Tags: Game Engine, Open Source
0 Likes
We do often include affiliate links to earn us some pennies. We are currently affiliated with GOG and Humble Store. See more here.
About the author - Liam Dawe

View PC info
I would have never guessed that we'd be talking about Theme Hospital 20 years later. My biggest memories are of the bodily fluids all over the floors of my little hospital.
1 Likes, Who?

immortel 12 Apr, 2016
View PC info
I think I found Theme Hospital in one of the abandonware web site.
0 Likes

Quoting: immortelI think I found Theme Hospital in one of the abandonware web site.

Perhaps, but it is better to buy it on GOG ;)
This old game is still as fun.
Thanks to the Corsix devs team to give it a second life on all platforms.
This is the power of the open source.

Nice! Was waiting for the update since last summer :)
0 Likes

View PC info
I got it for free ages ago when I had to have Origin installed for playing DA Inquisition. I guess I finally have a use for it! :D
0 Likes
While you're here, please consider supporting GamingOnLinux on: