openage, the open source game engine for Age of Empires II and more games is advancing

Shared on reddit was this video showing off some of the progress: 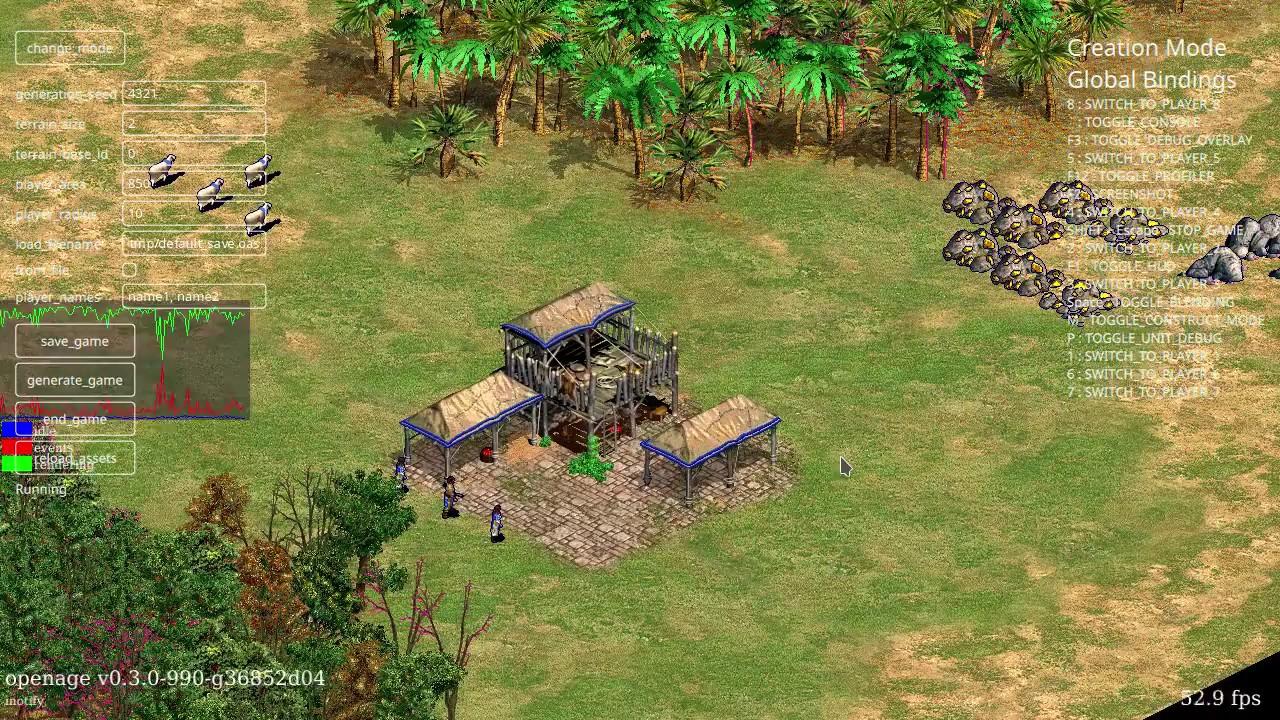 I should note, that this is a test recording showing only progress that's actually visible. I've been told by the developers that the next version should be quite interesting, with it supporting game state, unit stats and technologies. On top of that, they've been working on what they're calling the "nyan API", which aims to be a highly versatile API for modders to easily alter, create and integrate new content into the engine.

Looks like it's really starting to come together, which is awesome. As someone who spent hours playing AoE, this project is really exciting to me. Who knows, in another year perhaps this might be quite playable? Looks a bit rough right now of course, but very interesting to see the state of it right now.

Much like OpenMW (Morrowind), OpenRA (Red Alert, Command & Conquer, Dune 2000) and others, it aims to be an engine reimplementation that requires the original game assets. According to a comment from a developer, they're targetting Age of Empires II first, with Age of Empires and Star Wars: Galactic Battlegrounds to follow.

View PC info
Nice ! It would be a good idea to zoom out a few and add some outlines on assets, but this is great work ! Thanks guys !

View PC info
This looks quite promising. Support for Star Wars: Galactic Battlegrounds would be awesome. If OpenRA is anything to go by it will take a long time for the campaigns to be implemented though :/
2 Likes, Who?

View PC info
Maybe it could be fun for a LAN. But I don't see it will be seriously playable. Around Age of Empires II HD there's a new competitive scene and it's much fun to compete online. I think this will never happen for a open engine like this.
0 Likes
maor26 19 Oct, 2017
Nice!
0 Likes

Quoting: cRaZy-bisCuiTMaybe it could be fun for a LAN. But I don't see it will be seriously playable. Around Age of Empires II HD there's a new competitive scene and it's much fun to compete online. I think this will never happen for a open engine like this.

OpenRA has a competitive scene. RAGL season 4 happened recently: http://www.openra.net/news/ragls4-registrations/
Here is one video, there are plenty more if you look for OpenRA and RAGL: https://www.youtube.com/watch?v=CM8VAZh3Au4
There also were twitch streams during the tournament and all that.
These projects aren't that well known, which is about the only reason why their competitive scene is relatively small.

View PC info
Been playing Age of Empires 2 HD Edition under Wine. Works flawlessly once you bypassed the launcher.
0 Likes

View PC info
I usually just play the AoE2 original using Wine, but this might be a cool way to enjoy the game, too!

Quoting: hardpenguinI usually just play the AoE2 original using Wine, but this might be a cool way to enjoy the game, too!

Which unfortunately will most likely never happen since the rights still belongs to Microsoft.

STiAT 19 Oct, 2017
View PC info
Would be cool. I do own AoE2HD... being able to play it would be cool
1 Likes, Who?
1/2»
While you're here, please consider supporting GamingOnLinux on: