OpenRA, the open source game engine for Commander & Conquer, Red Alert and Dune 2000 has a new test release out with tons of changes.

The major change is that the game engine is being separated from the games, to make it easier for modders and people wanting to use the engine for whole games. You will now have launcher for Red Alert, Tiberian Dawn, and Dune 2000 instead of OpenRA directly. It will still switch the game for you if you pick an online game using a different one, so that's handy.

They have also integrated a new commands bar: 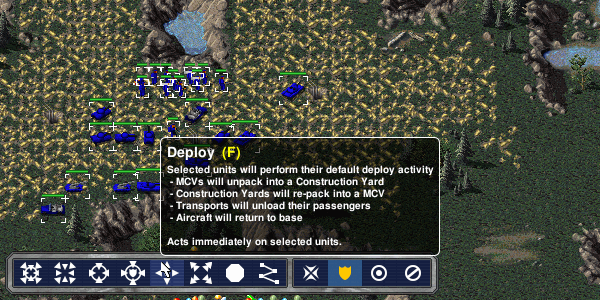 
It's a fantastic game engine, we've done a few tournaments and livestreams here playing the classic strategy games using it.

View PC info
Nice open ra continues to impress, I managed to get Dune 2000 campaign working via the grunt mod studio freeware version of the campaign levels, but the mp is not included in that build def going to check this out.
0 Likes

View PC info
Like how the project is evolving.

Also , i hope it is ok for me to plug this mod I found because it seems massive and fun :

http://www.moddb.com/mods/cc-tiberian-sun-project-nemesis
0 Likes
While you're here, please consider supporting GamingOnLinux on: