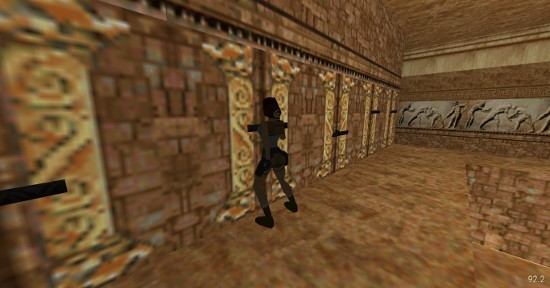 OpenTomb is yet another beautiful open source game engine, and this one supports Tomb Raider 1-5. Fantastic to see more of this in my inbox!

I don't own any of the games to test it, so you guys will have to let me know how well it works in the comments. Always happy to give a shout out to open source game engines that support games on Linux.

About the engine
OpenTomb is an open-source engine reimplementation project intended to play levels from all classic-era Tomb Raider games (TR 1—5) and custom TRLE levels. The project does not use any old Tomb Raider source code, because all attempts to retrieve sources from Eidos / Core were in vain.

Instead, everything is being developed completely from scratch. However, OpenTomb uses certain legacy routines from such unfinished open-source projects as OpenRaider and VT project (found at icculus.org), plus it incorporates some code from Quake Tenebrae.

All in all, OpenTomb tries to recreate original Tomb Raider games experience, although with contemporary updates, features and additions — to fully benefit from being running on modern PCs with powerful CPUs and graphic cards — unlike original engines, which are getting older and older (original engine, on which all classics were based, will turn 20 next year).

You can find the official website here and the github here.

View PC info
Any one know how far along they are on this. The readme doesn't state how functional the games are. Last I heard you could walk around and that was about it.
0 Likes

fagnerln 19 Jul, 2016
View PC info
According to their forums, looks like it's in a very early development stage (no menu, no AI and NPC).
0 Likes

View PC info
That name couldn't be more appropriate. These games were before my time but I may have to give them a go.
0 Likes

Quoting: ttyborgYou can check this (http://osgameclones.com/) site for a pretty big list.

True; I have bookmarked this a while ago and I'm checking from time to time (the list is actually growing nicely !)

This is awesome to see so much effort to keep all this awesome games in good shape.
0 Likes

View PC info
Tomb raider 1 runs really well with patched dosbox/openglide. I can't play it fullscreen though because the interaction between the standard dosbox window and the openglide window is very clunky. Would be awesome if someone updated openglide to resolve some it's issues. It makes dosbox so much more enjoyable.
0 Likes
While you're here, please consider supporting GamingOnLinux on: