OpenXRay, an enhanced game engine for S.T.A.L.K.E.R. Call of Pripyat has shown off progress towards running it on Linux.

While they say it's open source and they've thrown it up under a BSD-style license, I would hesitate to say it actually is. The reason being, it's based on leaked source code that isn't in any way approved of by GSC Game World.

Anyway, legal grey area aside they showed it off under Linux a few days ago: 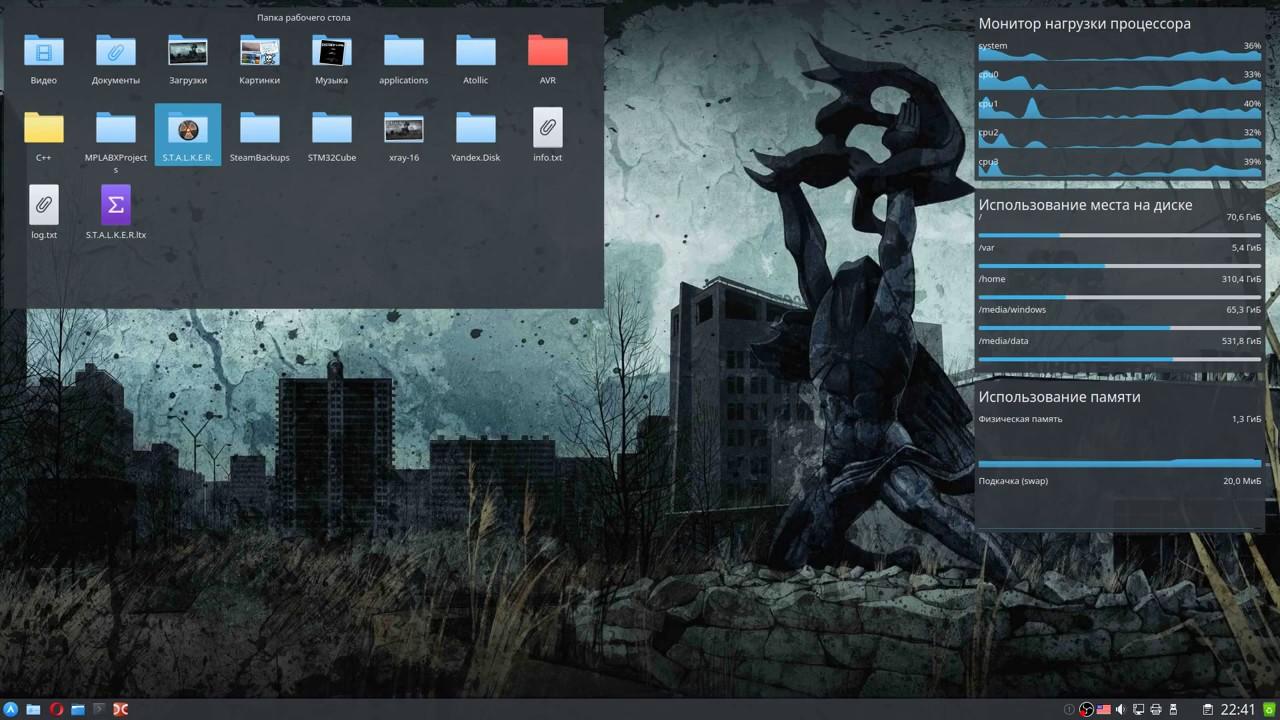 Since the game is really quite old now, eight years in fact, it would be good if the rights holders would officially open it up. I'm not one to be overzealous about open source, but considering how long this leaked code has been out along with the age of the game itself, it would be a nice thing to do for the community to keep the game alive for many years to come. You still need to buy the game for the assets (I assume, it's not overly clear), so it's not as if GSC loses money from it.

Learn more about it on GitHub. You can also see their Linux status page here.

Article taken from GamingOnLinux.com.
Tags: FPS, Game Engine
17 Likes, Who?
We do often include affiliate links to earn us some pennies. We are currently affiliated with GOG, Humble Store and Paradox Interactive. See more here.
About the author - Liam Dawe

qptain Nemo 30 Nov, 2018
View PC info
I know they call it that, but this definitely isn't a BSD-style license in a meaningful sense when it's explicitly acknowledging proprietary rights... it's not even a license, considering they assumedly have no authority to grant any rights they're trying to grant. That they're trying to forbid someone something is even better (OC don't steal).

Anyway, I sure hope this project actually does persevere in one way or another. It'd be nice to have an updated engine for Stalker that runs natively on Linux.

Kristian 30 Nov, 2018
View PC info
Yeah that 3rd condition means that even if it was a valid license it wouldn't be FLOSS.
0 Likes
Reve 30 Nov, 2018
Situation similar to MechCommander 2 Linux port. Project shows great progress but based on incompatible licenses as the MS shared source license and GPL are incompatible.

Quoting: KristianYeah that 3rd condition means that even if it was a valid license it wouldn't be FLOSS.

View PC info
Stalker was a great game back in the day.
I was happy when I got a PC that could run it.
That said as others pointed out , not sure this will survive with this grey area license. I hope it does but I expect it will not.
0 Likes

Quoting: razing32Stalker was a great game back in the day.
I was happy when I got a PC that could run it.
That said as others pointed out , not sure this will survive with this grey area license. I hope it does but I expect it will not.

devilutionX (diablo) claims to work on linux now but the compile instructions are strange and I didn't get it to work in the 10 minutes or so I tried. https://github.com/diasurgical/devilutionX
1 Likes, Who?