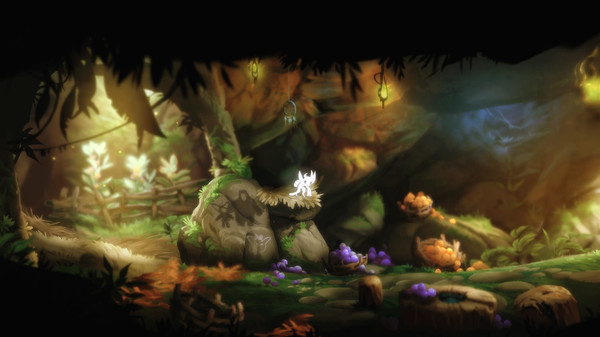 It seems the last article on this stirred up some heat, and the developer is back with a meaty reply about why a Linux port of Ori and the Blind Forest would be up to Microsoft.

It's worth a read.


QuoteAll this being said, if you want to see Ori on more platforms, it's really up to Microsoft, which is why I suggested that you guy should reach out to Microsoft themselves - Maybe they'll hear your voices and ask us to do the port.

Anyway, I just wanted to clarify why we made the decisions we made - I feel like we did the right thing here and if we wouldn't have made these choices, Ori would have never seen the light of day.

I won't copy it entirely here, but here's the main points:
> The game was started before Kickstarter and such was popular
> They needed a publisher and talked to Microsoft
> The game wouldn't have been made without Microsoft

So, basically, go bug Microsoft if you want to see it on Linux. Not an unexpected reply, but it doesn't sound like they are bothered enough about Linux to speak to Microsoft firmly about it themselves. I don't blame them though, as Linux is still a tiny market. Article taken from GamingOnLinux.com.
Tags: Editorial, Platformer, Steam
2 Likes
Share

View PC info
Many indie games on Steam are developed as hobby projects, and only a few actually make a profit on their games. I can't blame anyone for taking an opportunity such as this when one arises, even though in this case, it sucks for us.
0 Likes

View PC info
Bagging microsoft? You must be crazy, lol. I would rather forget this port and focus on the others.
0 Likes

View PC info
I understand the developers. When you sign with somebody like Microsoft, they basically own you, and your firstborn child. It is not going to happen unless at some point they can get their IP back from Microsoft. It is not even about Microsoft somehow conspiring against Linux. If they could make a nice truckload of money from a Linux version, I am sure they would do it.
3 Likes, Who?

View PC info
If I'm a developer, I want my game everywhere possible so that my games can be played by as many people as possible. If Linux users are asking me to port it, the least I can do is ask my publisher about it, not tell the users to fire off an email to /dev/null.

This is not the first time I've seen a developer say to potential customers to ask the publisher. And every time, it comes off as lazy or at least indifference. I bet Microsoft would OK the port if they asked, and I bet they know that but don't really want to do the work (hence the whining about Unity and such in the post). And they know that there's far less a chance of Microsoft receiving enough emails from Linux users to make them actively pursue us, and commission a port that likely won't break even.

Oh well, time to move on to other games and put this one out of my memory.
1 Likes, Who?

View PC info
I would be fine with a vita port :D

View PC info
I think asking Microsoft Studios might not be the worst idea here. There are already some Microsoft Studios titles available for Linux, and if Ori would be easy to port (Unity...), it might actually pay off for them, financially.
Of course Microsoft are still trying to push their own platforms, but they recently also published software for other platforms as well - they actively developed Android Apps, and they released several programs for (desktop) Linux, the most notable being the Visual Studio code editor.
1 Likes, Who?

Mountain Man 2 Jan, 2016
View PC info
"...you [guys] should reach out to Microsoft themselves - Maybe they'll hear your voices and ask us to do the port."

Fat chance. I think Microsoft is (finally) starting to see Linux as a legitimate long-term threat. Why do you think they made Windows 10 a "free" uprgrade?
0 Likes
PsynoKhi0 2 Jan, 2016

Unless they can make a buck out of it, in which case "Microsoft <3 Linux"... Amarite? :) And all that praise for opensourcing decaying tidbits of their code or porting to other ecosystems, as if all of a sudden they'd lost their vested interest in promoting their own platform, give me a break. It's going to take much more than throwing a few bones for me to not be wary of their long term plans.

Enough off-topic bashing for now, because I actually felt the original article's title was overdramatic anyway. Ori not coming to Linux is no more MS's fault than the devs taking the easy short-term route with the exclusivity contract.
0 Likes

View PC info
It's too bad, since I would have liked to have seen this native. I haven't tried it in WINE yet, but bought it because a friend has been nagging me to play it.
0 Likes

Eike 3 Jan, 2016
View PC info
Some people - even software developers - need to feed themselves or even a family. Not everybody has the time or the ressources to wait for a successful Kickstarter campaign or have a butter yielding real job or live at mum hostel or anything. They needed money, Microsoft gave it to them, they created a game (said to be very good). That's it. Of course, a good game developer wants as many people as possible to be able to play his game, but feeding comes first.