OTON X claims to be the first artificial intelligent games console, it's powered by Linux

OTON X sounds like a rather interesting Linux-powered games console. It is aimed at people who want to create as well as play games. 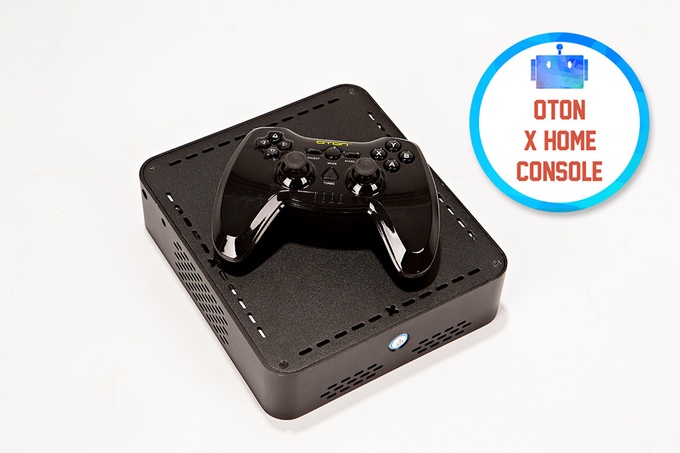 Claiming it as "first artificial intelligent games console" is a pretty big thing. It seems it will come with tools to help people with AI in games. It's still cool either way and will be fun to follow the progress of it.

QuoteHello, my name is Derrick Samuels, and my team and I designed the OTON X for the novice developers, young adults and casual players who want to play casual games, create simple game levels or expand their game development experience with a built-in A.I tool and user-friendly template which will help teach players to create games much easier.

I asked them some questions to clear up a couple of minor things.

They claim they use Linux, so when I asked how:

QuoteThe system is running a custom version of LuBuntu.

I also asked what they meant by it supporting "Linux Games" specifically:

QuoteIt can play Linux games and the games will be fully supported by us. We plan to add android games and more indie games as the system develops.

And finally, I asked if you can boot into a traditional Linux desktop mode:

QuoteYes, you can boot into traditional Linux desktop.

If you look at one of their videos, it even looks like the UI they use is just an application you can run from the desktop.

The answers were all short, sweet and to the point. Exactly what I wanted to hear too, so it sounds like the device is not locked down.

Going by their website, they are aiming to support Linux, Chrome and Android games. That will give it a rather decent collection.

It's currently on Kickstarter in the hopes of getting at least $25,000.

What do you think? Sounds pretty cool to me.

View PC info
Your game is ready to play!

View PC info
Hmmmm. as much as I wish Linux to succeed in gaming, after watching and reading through their material, its very difficult for me to believe in this product. Such a price for the specs.. no possibility to even run games like Tomb Rider 2013, Life is strange or Victor Vran. This console reminds me more of an Ouya... but maybe I am wrong and there is market for such kind of device. If this is so - then wish them all the luck.
2 Likes, Who?

View PC info
So you either get an Atom CPU with a low powered Intel GPU, not really a gaming system, or an Nvidia GPU, but with ARM CPU, which wont run any of the titles available on Steam due to their different architecture. Sorry, but this product has disqualified itself for gaming right from the beginning.
4 Likes, Who?

View PC info
Yeah, this is grade A bullshit.

And it's not even new bullshit at that: Polygon wrote about the very same OTON console back in 2013.

As a programmer, I'm pretty aware about what procedural generation can do. Spitting out good games, created from nothing, well, that's just not something it can do. Give it lots of human-generated prefab pieces, sure, it can recombine them and create variations, but completely new games from whole cloth? No.

(Narrative-focused games, like point & click adventures and RPGs, of which I am a fan, those are even more not possible. There's a reason we still have authors instead of letting an algorithm write stories for us.)

The timing is quite bad as well, what with the current hubbub about No Man's Sky and its procedural generation.

And the comparison graphic, wtf. "Privacy"? "Unlimited Storage"? What.

Also: If he wants to sell a procedural generation thing, why is it a console to begin with? Why not sell the software itself?

(And he's not gaining any sympathy from me with his "ex-marine" schtick, either. Quite the contrary.)

Frankly, I'm torn between this just being someone without a clue or an actual scam. Could be both. Any sufficiently advanced incompetence is indistinguishable from malice, or somesuch.
6 Likes, Who?

View PC info
So basically it's an expensive under-powered PC coupled with a procedural generated 2d platformer game that can change a few objective types and graphics. The "games" also looks cheaper than some of the fully free phone games I can play.

Honestly I think they should have made a cheap console with a easy to use custom engine/framework with an in-depth step by step tutorial to making your own games with their custom tools, as well as a platform for distributing those game/ game assets to others freely. Then I'd be more impressed and interested.

I think taking the programming out of game development is the worst thing you can do. After all 90% of the fun (and pain) is ACTUALLY making the game.
0 Likes

View PC info
Bloody hell... What did everyone have for breakfast? A plate of "Go fuck yourself, with a side of bad attitudes"?

This look like a very interesting project, and something I could have a fair bit of fun with. I'd love to see this get a toe-hold, even if it is a little bit of a niche.
2 Likes, Who?
1/2»
While you're here, please consider supporting GamingOnLinux on: