Outskirts is a colourful, clever and difficult bullet-hell shooter that's now on Linux

Do you like bullet-hell games? Outskirts [Steam, Official Site] is something you absolutely need to look at. The idea is clever and it's quite challenging. 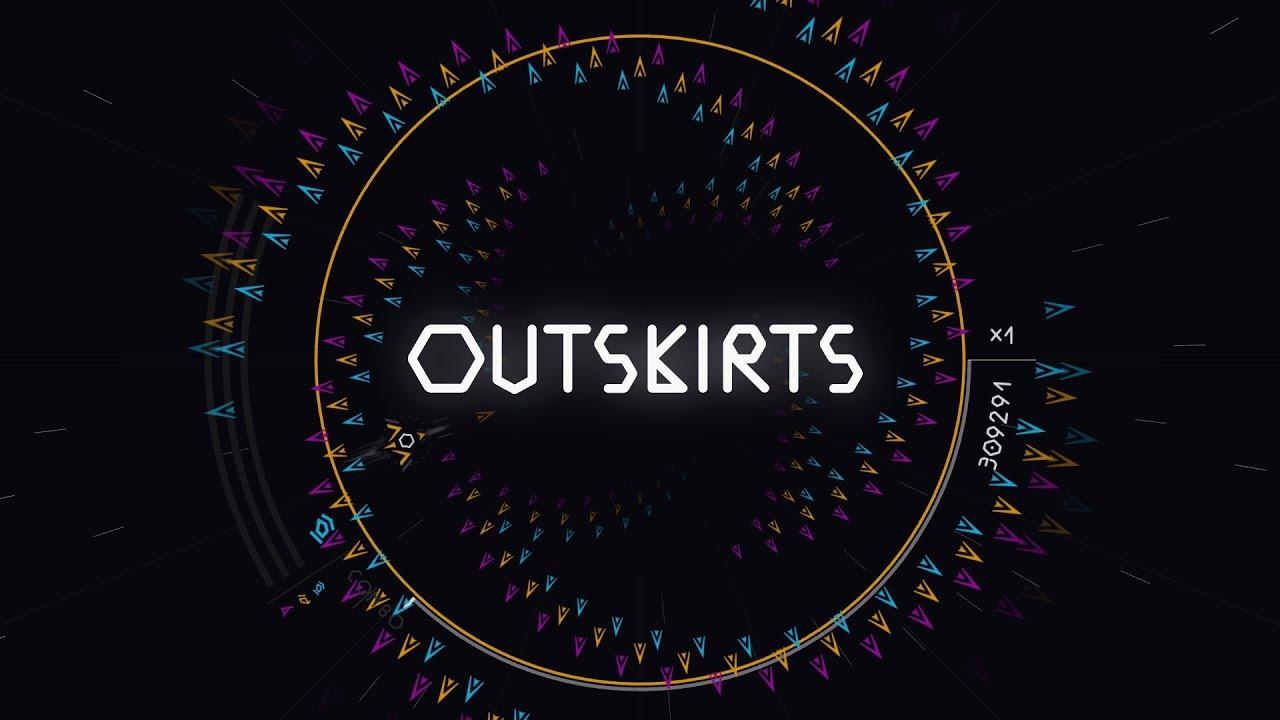 I have a habit of calling games clever, to the point that I sometimes think I over-use the term. However, I think it's a rather accurate description of Outskirts. The basic idea is the same as most arcade/bullet-hell shooters, to last as long as you can and get the best score. They all mix things up in their own way, but I've found Outskirts to be much more unique than being just another shooter.

The game is all based around the centre of the screen, where the enemies spawn and gradually get bigger as they reach the outer line. There's no scrolling involved, it's all in that one screen that the action happens. You can move anywhere inside the main circle, to avoid enemies and enemy fire.

It's a game of simple colours, with the enemies available in three colours. You have the ability to swap your colour at any time, so that you're immune to the bullets of the same colour, but you do less damage to the enemies of that colour. Being a different colour to your enemy, allows you to take them down quicker. You're constantly swapping between the colours to maximize your damage, as well as avoid damage from enemy bullets.

It turns into a seriously hectic game of survival and it's really quite brilliant. Difficult mind you, since there's so much going on at any one point and you need to constantly switch colours. To help with this, when you're not holding down the button to shoot, time is slowed down a little bit.

I managed to make it to some sort of boss, which makes it even more nuts. I had to follow masses of colours moving around the circle, then constantly switch between colours to not get trapped and I was a mess at that point.

To top it off it has some nice relaxing music, to help with the rage-inducing moments where you're so close to moving up the leaderboard but you hit one too many wrong colours.

Totally nuts and I love it, go check it out. I managed to hit 13th on the leaderboard, let's see what you can do.

I am the owner of GamingOnLinux. After discovering Linux back in the days of Mandrake in 2003, I constantly came back to check on the progress of Linux until Ubuntu appeared on the scene and it helped me to really love it. You can reach me easily by emailing GamingOnLinux directly.
See more from me
Some you may have missed, popular articles from the last month:
The comments on this article are closed.
1 comment
Voltage 26 Sep, 2017
Yeah I tested it last year in a french game convention, it's really a smooth shooter.
Mouse gameplay feels good and also inovative.

I'm not a fan of 2d shooting games but this one is really great
0 Likes
While you're here, please consider supporting GamingOnLinux on: