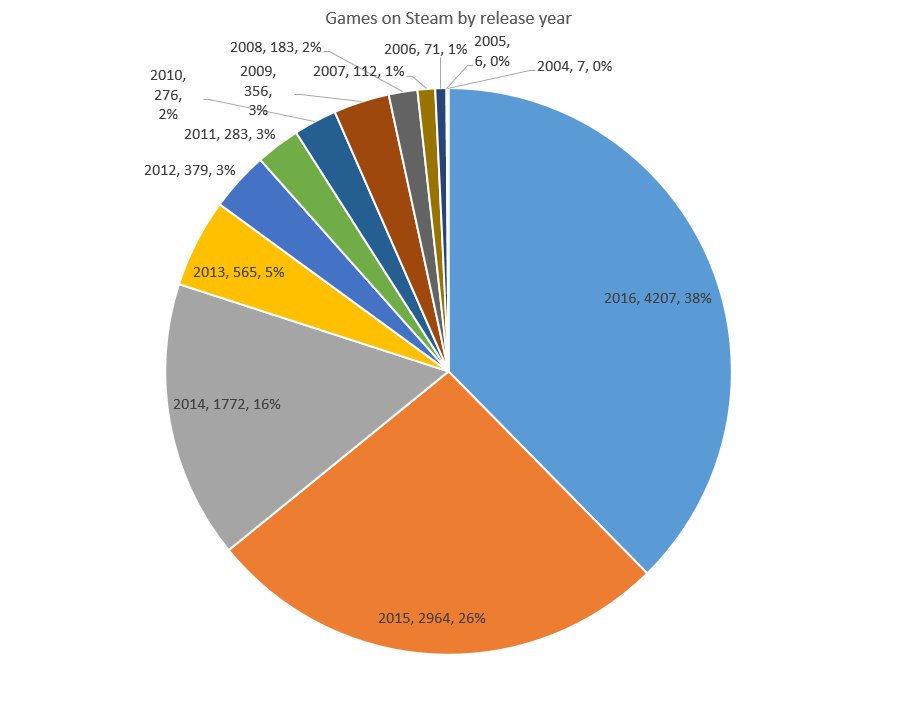 Quoting: km3kIs this only games where the game was new this year and it supports Linux or games that got Linux support this year?

Both of course :), both are released on Linux this year.
0 Likes

GoLBuzzkill 10 Dec, 2016
View PC info
80% of steam catalog was released in last 3 years and you dont see any problem with that? EA, Greenlight?
Gaming industry is going down and all you can say is 1k games are supporting Linux?!?!? First of all, pushing "Build for Linux" in Unity editor is not SPUPPROTING LINUX you stupid traitors!!! 99% of games in last 3 years where Unity crap default assets games, indy bullshit and poor AAA console DLC/Seasson_pass fest "ports".
Everybody is focusing on VR which is failing it will barly happen on Windows, Linux can forget about it; at least in this VR hype wave, last one failed in '90s.
Is it even possible with you traitors to have a game that is "ported" on Linux and to say that that game is objectively tehnicaly bad?(not looking at content)

https://en.wikipedia.org/wiki/North_American_video_game_crash_of_1983
^this happened because games where pure shit
2 Likes, Who?

Quoting: GoLBuzzkillFirst of all, pushing "Build for Linux" in Unity editor is not SPUPPROTING LINUX you stupid traitors!!!
Is it even possible with you traitors to have a game that is "ported" on Linux and to say that that game is objectively tehnicaly bad?

this is very positive. When I go there vote, ask about the support For our S.O