Owlboy, is now available for Linux and it has completely won me over, it's also on sale

I personally tested it during a small closed beta before release and thoroughly loved what I played of it! It's quite an amazing experience and nothing like what I expected from it at all.

I tested it with a Steam Controller and it was perfection. I didn't need to adjust anything or mess about with Steam's annoying Big Picture mode. It just worked.

You are Otus, an Owlboy, a mute and you seem to struggle with a great many things others see as simple tasks. You're not all that well liked it seems, but you do have a few friends along the way. 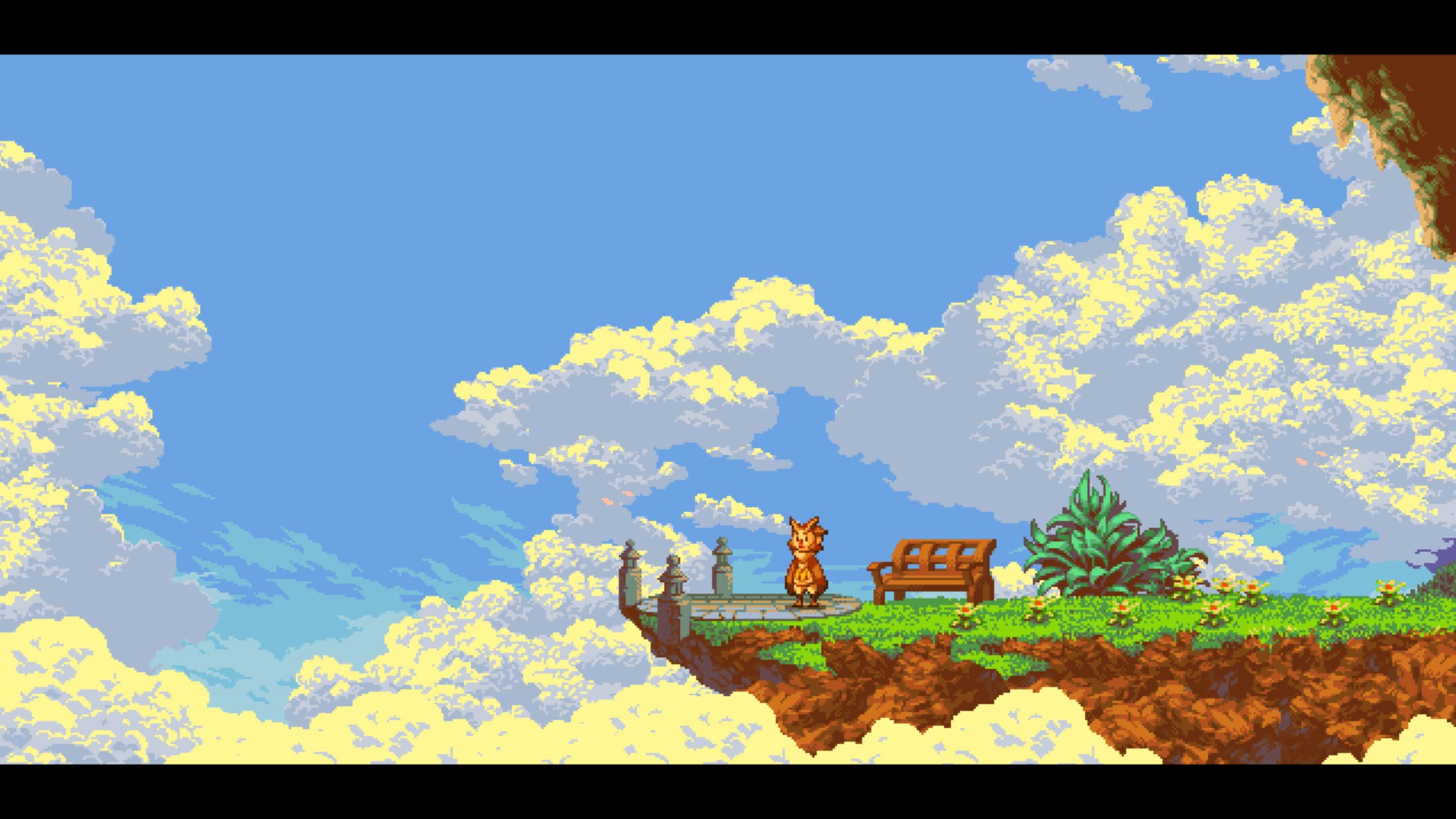 The intro section was strikingly well done. It goes from cheery to painful rather quickly, but it's done so well with such fantastic writing it really hooked me in. I started to feel really quite bad for Otus, so it tells you how good the writing is for me to really feel for this little 2D Owlboy.

The art, my word, where do I begin? It has some of the best pixel art I think I've ever experienced in a game. Everything is lush and the way it's animated really brings the world to life. I can't honestly think of a game that can top it for the pixel art right now, it's that lush.

The start is a bit on the slow side, but I personally found the build-up to be great. I was enjoying the banter between the characters and exploring the world for myself. It is a bit odd having a character that can only pull faces or nod their head, but it really works thanks to the writing.

At one point I accidentally dropped a character I was carrying and they vanished. I thought it was a bug, but then, to my surprise, I had found a hidden area! Lots of things like that kept me entertained it's just wonderful.

The boss battles are also a high point for the game. They are well designed for the fight mechanics, but the boss designs are amazing too. The first boss battle was surprisingly fun and the two stages to it where the boss goes through a change in the middle of the battle was genius. 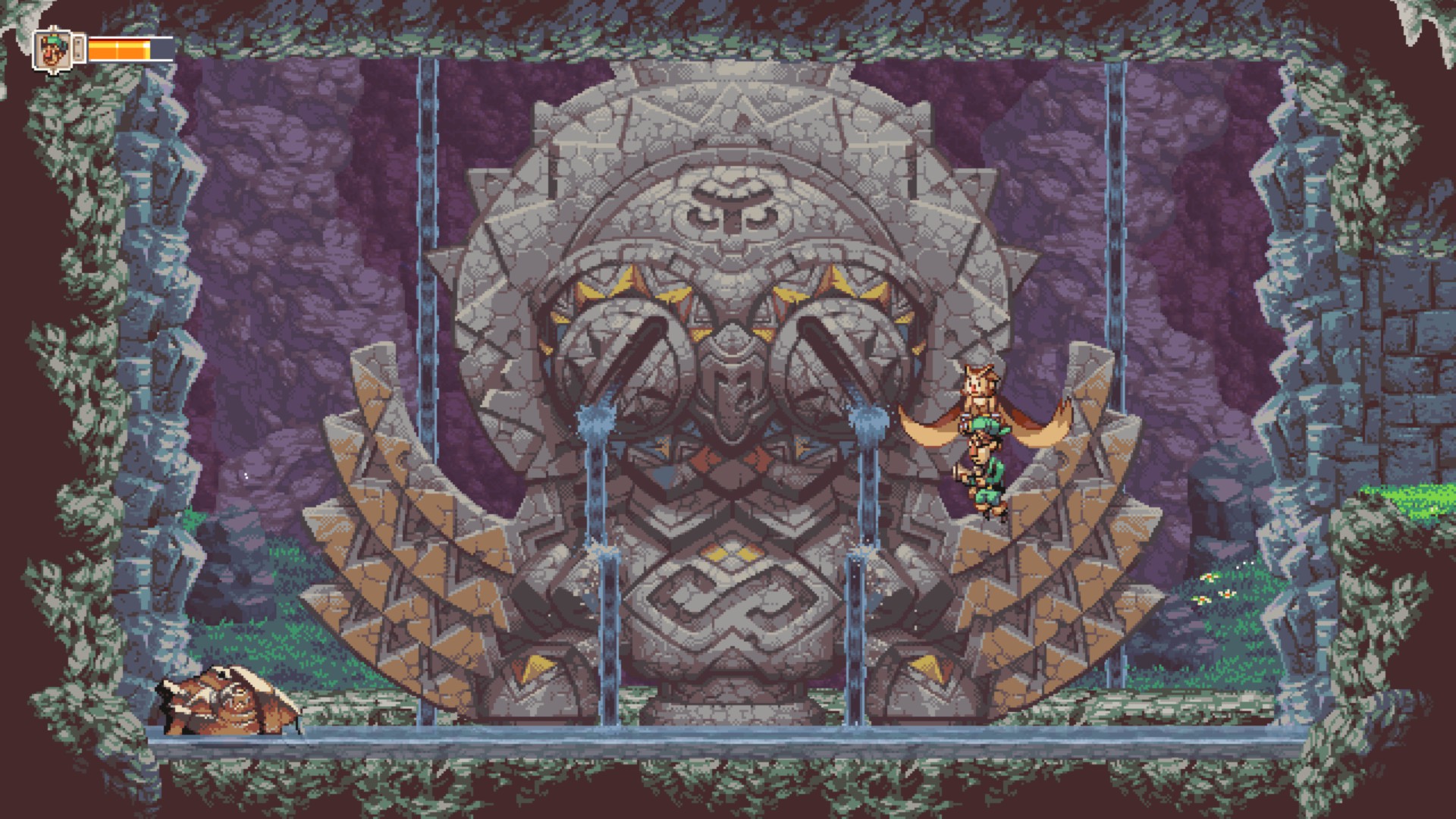 It does have puzzles to solve as well as combat, but the puzzles aren't all that difficult. No puzzle has taken me more than 2-3 minutes to solve so far. This is again a strong point for me, as it has good puzzle design allowing you to enjoy it without it becoming frustrating to play.

I showed a little bit of the Linux beta in a recent livestream and it ran really well. Seems like a lot of people love the style as much as I do.

I have yet to finish it, sadly, as my time slot for that the other night was swept away by fixing issues in GOL's code. Never fear though, as it will return for tonight's livestream thanks to that. Be sure to follow us on Twitch to see it tonight.

Honestly, just go buy it and love it like I do. The game has constantly surprised me at every turn with its charm and rather engrossing gameplay. A fantastic game to have on Linux! Article taken from GamingOnLinux.com.
Tags: Adventure, Indie Game, Initial Thoughts, Puzzle, Steam | Apps: Owlboy
10 Likes
Share

View PC info
Damn this game is so beautiful I want to frame every screenshot and cover my walls with them.
0 Likes

View PC info
This game is so great, it's a must play for everyone who has fun with platformers. And it's indeed very well playable with controller.
I was also lucky to take part in the closed beta test (for mac though), but thanks to flibitijibibo's FNA the port works smooth as always. A high quality port of a high quality indie game.
If you didn't know yet, Owlboy was in development for almost ten years, by 5 devs spread over three countries. And the extra time did the game very well. It's polished like a triple A title, the gameplay is smooth and diversified. I've already had a lot if fun with Owlboy, and you will too. So get it already ;)
1 Likes, Who?

View PC info
Immediately got it after I discovered it on GOG yesterday evening. Not much to add to what has been said already: Just go and get it. It's worth every cent.
Big thanks to flibitijibibo.
1 Likes, Who?
kilbith 27 Jan, 2017
Owlboy is a great game. The music is great, the graphics are stunning, BUT :

- It is too short (time flies in great games) ;
- [spoiler] No final fight against Molstrom.
0 Likes

View PC info
Wishlisted (33% sounds like a really good deal so soon after release, but then I haven't really been gaming these past couple months...).
0 Likes
davesunday

27 Jan, 2017
View PC info
Just picked this one up. Can confirm that it runs surprisingly smooth with my laptops integrated graphics. Works perfectly with the ps4 controller too. I was going to wait for owlboy to get ported over to the ps vita but I figured id be dead before that happened.
0 Likes

Ripster 28 Jan, 2017
View PC info
For anyone else that would like to run this game in borderless fullscreen

You can compile your own copy of FNA
0 Likes

View PC info
I got this game after having read about it here and I have to say it's proven to be very enjoyable!
A true homage to the old sidescrollers with a dash of puzzler. Due to my schedule I don't have time to play it through in one go, but I'm enjoying every second of it while I can.
0 Likes
1/2»
While you're here, please consider supporting GamingOnLinux on: