Oxygen Not Included [Official Site] is the space colony simulation game from Klei Entertainment that I'm pretty excited about and it's showing signs of life for a Linux port.

If you're unfamiliar with it, here's the trailer: 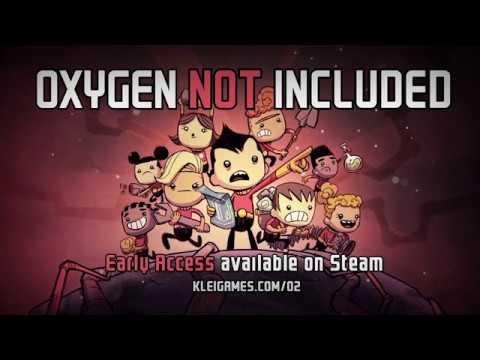 We always knew it would come to Linux, since Klei are very Linux-friendly, they even confirmed previously that a Linux version was on their todo list.

It's not much to go on right now, so take it with a pinch of salt, but NuSuey who runs the TuxDB website pointed out this change today. Essentially, it's showing that they've put up a Linux content depot on Steam, ready for an eventual release. As I said, it's not much, but it's a good sign that they're at least beginning to work on a Linux version.

I love every game I've played from Klei and I do love my colony building games, so I'm really quite hyped to give this one a go.

View PC info
I bought this for $15 during the Klei sale 2 weeks ago on Steam. I knew they had already promised linux support and was willing to try playing it with WINE.

Even though others have it running with WINE, mine worked with all the title screens but gave me a black screen and no visible characters... Yet I could see their bubble captions. I didn't want to deal with it then, but I guess now I will wait until it releases a native client. (I have a new release of Rimworld to play with in the mean time.)
0 Likes
Ketil 23 Nov, 2017
View PC info
I've had it on wishlist and follow since I saw it on youtube. I am looking forward to it.
0 Likes

View PC info
Goddam. Another insta-buy. My wallet is a pale shadow of its former self. Really, really looking forward to playing this - and the amount of content they've released for it since the original Youtube LetsPlays and Mac release is astounding. Can. Not. Wait.

Well, actually I can and my bank account thanks me for it.
1 Likes, Who?

View PC info
Klei does treat us well.
I admit , I do utterly stink at Dont Starve (and many other games) but that does not stop me from having fun with it.
Looking forward to this too.
1 Likes, Who?

View PC info
Thats great news, this is one of my most anticipated games at the moment.
1 Likes, Who?

View PC info
Klei along with Feral and Paradox, they're simply awesome.
0 Likes
While you're here, please consider supporting GamingOnLinux on: