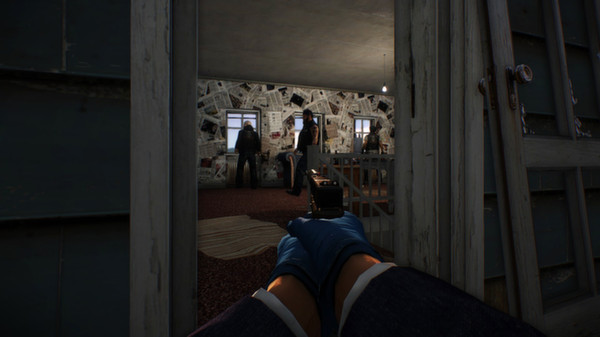 Are you ready to rob some banks? PAYDAY 2 is showing signs that it's getting closer to a Linux release.

From SteamDB, It looks like Linux is now going through "QA" which usually means quality assurance:

This could mean it will come tonight, tomorrow, in a week or later. It's a good healthy sign that the developers are working on it regularly.

It has suffered a bit of review-bombing over the introduction of micro-transactions in CS:GO style drops, and buying drills to open them with. They took on feedback and added in drills as a drop too (from what I read), but it hasn't helped the masses of negative reviews. It still has regularly over 10,000 players online, so I would say the game is still pretty healthy.

Up to four friends co-operate on the hits, and as the crew progresses the jobs become bigger, better and more rewarding. Along with earning more money and becoming a legendary criminal comes a new character customization and crafting system that lets crews build and customize their own guns and gear. Article taken from GamingOnLinux.com.
Tags: Action, FPS, Steam, Upcoming
0 Likes
Share

View PC info
It's about time! It was announced over a year ago... And yet, it's still not actually out, so we could be waiting a lot longer yet.
1 Likes, Who?

View PC info
Good to see another heavyweight title coming to Linux. The more, the merrier.
3 Likes, Who?

QuoteIt has suffered a bit of review-bombing over the introduction of micro-transactions in CS:GO style drops, and buying drills to open them with.

Given that earlier the developers vehemently promised that they would never implement microtransactions, I'd say the backlash is warranted.
4 Likes, Who?

Almir needs to be slapped with an oversized piece of toast. I wouldn't waste money on this.
0 Likes

Quoting: KimyrielleGood to see another heavyweight title coming to Linux. The more, the merrier.

This is the most important thing. Even in a period of player controversy, at least Payday 2 a name people recognize.
1 Likes, Who?

It's encrypted, it is not out yet.

No. In my Lib and downloading now.

It's encrypted, it is not out yet.

No. In my Lib and downloading now.

You won't be able to play it, afaik it's just sound data and stuff (I only get a 0KB download).
0 Likes

Quoting: LakortaYou won't be able to play it, afaik it's just sound data and stuff (I only get a 0KB download).


Last edited by LinuxGamesTV on 18 March 2016 at 9:38 pm UTC
0 Likes
1/3»
While you're here, please consider supporting GamingOnLinux on: