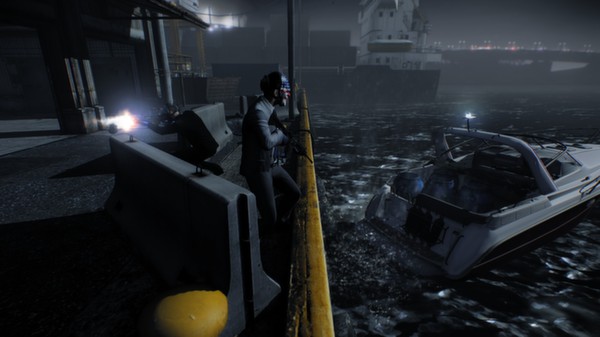 For those still excited to see Payday 2 on SteamOS/Linux, your wait just got a little longer. Payday 2 is now not due on Linux until next year.

Previously their store page stated it will be available this "fall", but now it's another vague time period of "Q1 2016".

Probably a good thing, as it's going through a rough time right now. They recently added in micro-transactions, and people aren't very happy. They previously stated they would never do it, and now they have, oh dear. The reviews may be blasting it, but the player count is still very healthy, so that's a good sign.

There has been no word from the developers about the delay, they silently edited the Steam store page and said nothing we've seen.

About Payday 2 (Official)
PAYDAY 2 is an action-packed, four-player co-op shooter that once again lets gamers don the masks of the original PAYDAY crew - Dallas, Hoxton, Wolf and Chains - as they descend on Washington DC for an epic crime spree.

Up to four friends co-operate on the hits, and as the crew progresses the jobs become bigger, better and more rewarding. Along with earning more money and becoming a legendary criminal comes a new character customization and crafting system that lets crews build and customize their own guns and gear. Article taken from GamingOnLinux.com.
Tags: Steam, Upcoming
0 Likes
Share

View PC info
That's truly unfortunate. As much as I loath micro-transactions, this could have been beneficial for the Linux gaming scene. I hate to see the indeterminate date more than the delay though since ambiguous dates always seem to have a way of getting pushed back even further.
0 Likes

View PC info
Could also be simply a hint that the official launch of SteamOS/SteamMachines is pushed back (a bit) as Payday 2 for SteamOS was somehow marketed as a launch title.
1 Likes, Who?

View PC info
Yesterday's patch undid the mechanic at the heart of the microtransaction fracas: It is no longer necessary to buy drills to open safes to get skins. Drills can now drop randomly during the normal "card" sequence at the end of everyone's missions.

Regarding the release date: Any bets Payday 2 comes to Linux before Divinity: Original Sin?
1 Likes, Who?

Quoting: PicoboomYesterday's patch undid the mechanic at the heart of the microtransaction fracas: It is no longer necessary to buy drills to open safes to get skins. Drills can now drop randomly during the normal "card" sequence at the end of everyone's missions.

That seems much more reasonable.
0 Likes

Soltrumman 21 Oct, 2015
View PC info
Hopefully they deliver on the Q1 2016 release. Payday 2 is one of my favourite games of all time and i've put some 690 hours into the Windows-version playing with my friends. (Yeah i know, Windows, but Payday 2 does not run well in Wine and neither does Company of Heroes 2 and i do enjoy playing co-op games with friends.)

My guess is that they are delaying the SteamOS-version because they have to rewrite the multiplayer lobby system for the Xbox One-version. The lobby-system that is working fine on Windows and PS4 does not work on Xbox One for some reason and owners of the Xbox One-version are very displeased so i guess that is high priority. Hopefully they make multiplayer cross platform, Windows / Linux, and do the port themselves, otherwise we might get the same bad deal those who bought on Console got with no updates for long periods of time.

The reactions to the drills / safes / weapon skins have been a bit... extreme. The stat boosts some of the skins give are somwhere between 2% - 12%... Hardly noticeable, besides, it's a Co-Op game, you fight against bots. You are not gonna instantly win heists on Death Wish just because you have a skin that give you 4% more accuracy and 8% more stability. It's Pay2Bling.
0 Likes

View PC info
This was the only game holding me onto Windoze and they even said that porting would've been a no-brainer...

Maybe I should look more into doing it with wine, my first tries actually were quite promising - I just stopped as I thought it'd be out soon.

There's also a mac- and a qa-branch in steamDB
0 Likes
While you're here, please consider supporting GamingOnLinux on: