By Liam Dawe - 19 December 2016 at 5:43 pm UTC | Views: 7,153
Pizza Crash [itch.io] is currently a prototype that could eventually become a full game. It's about delivering pizza while avoiding the nasty hotdog vans.

Sounds like a silly idea, but I tried the game and it actually shows some real promise. 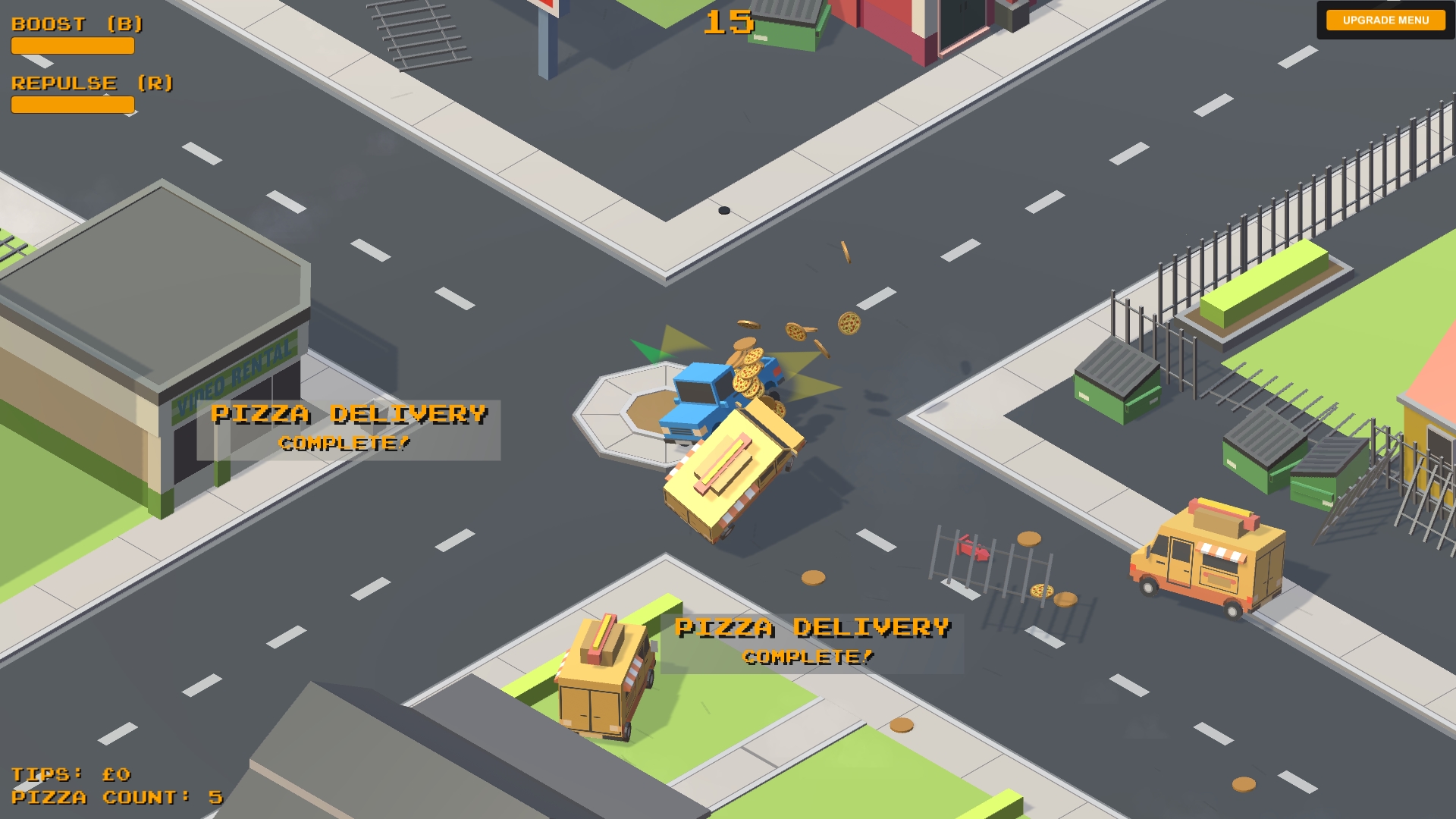 The pizza can be thrown out of your truck with reckless driving, which does make it quite amusing to play. Having to avoid the nasty hotdog vans which try to run you off the road is also quite funny.

It has charming visuals and a great idea, so I really hope this is one that continues to be developed.

It didn't have a Linux build until I asked, but the developer was kind enough to put one up at my request.

It's free right now due to it being in the very early stages, but if you try it out and like the idea be sure to let the developer know on their itch.io page. Article taken from GamingOnLinux.com.
Tags: Alpha, Indie Game, Racing
0 Likes
Share

Quoting: j_c_pPayperboy is back (have a look here)!

These were my thoughts, too. But its really hard to keep the pizza in the truck.
0 Likes

Quoting: j_c_pPayperboy is back (have a look here)!

Now that was a real classic! I actually played that :D
0 Likes
Purple Library Guy 20 Dec, 2016
The Deliverator takes no guff from upstart hot dog trucks. The Deliverator stands tall, your pie in thirty minutes or you can have it free, shoot the driver, take his car, file a class-action suit.


Last edited by Purple Library Guy on 20 December 2016 at 2:00 am UTC
0 Likes
While you're here, please consider supporting GamingOnLinux on: