Planet Nomads [Official Site], the gorgeous sci-fi sandbox game was due to launch last month, but the developers have delayed it until the 25th of May.

You can read more details about the delay here. My take on it, is that they're just trying to make to initial release to the public on Steam as polished as possible, so I respect them for that.

You can hear about more of their progress in their latest update video: 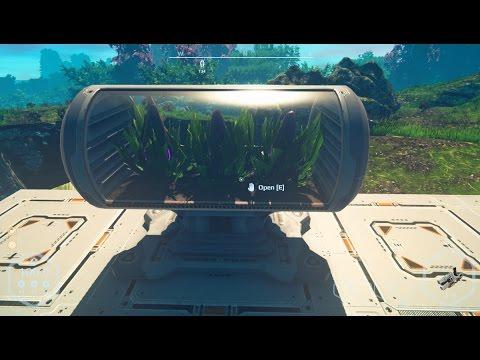 I've gone back and re-tested it now myself and I'm pleased to say that the world generation bug is gone. Previous versions got stuck trying to render the world on Linux, but now it works perfectly.

It's a performance hog though, on max settings it 980ti wouldn't stay above 50FPS dipping down to 30FPS, so they have some ways to go to get it performing well.

Will be interesting to see where they go with it, as I tried out some of the survival mode and it was quite challenging. There's these little critters that when they attack you, they just constantly jump up and down and they're really hard to hit. I died a number of times trying to take them out and they're all around me!

The physics system is also a bit wonky, with things rolling seemingly forever, a tree I cut down just kept bouncing and so on, but hey it's not even released yet. Hopefully they will really get their heads down of fixing issues before they release it.

View PC info
They need to get a lot done in that extra month. Apparently I was one of the first to give them a glowing bad "review". They really do need to get stuff together otherwise EA would have gone badly.

Time to test the update!
0 Likes

View PC info
when they release this for purchase on steam I'll most likely grab it. I'm stupidly addicted to the open world-sandbox-survival games. it reminds of the addiction i had with MMOs, when they were just becoming a thing, when Ultima online, EQ and Asheron's Call were the major MMOs of the time.

All we need now is Blizzard to make a similar game and it to become the greatest thing since sliced bread and everyone claim it was the first one ever made and we'd be set.

Then every other company could just make similar "clones" and I would be totally happy :)
0 Likes
nitroflow 4 May, 2017

Jim Sterling will have a field day with the stamina meter if he ever gets his hands on this :D
0 Likes

Quoting: nitroflowJim Sterling will have a field day with the stamina meter if he ever gets his hands on this :D

Yeah, they badly need to balance that. Stamina is just too damn low constantly.
0 Likes

View PC info
This one is on my GOG wishlist. It looks to be in the same thread as Planet Explorers.
0 Likes

View PC info
I don't usually like these kind of games but something has triggered certain interest in this one...
0 Likes

View PC info
Wow, looks really cool - is this singleplayer only, or multiplayer/coop too?
0 Likes

View PC info
Its at 0.5.4 atm and runs fine on my FuryX at 4k, however there are issues such as a sound bug, engine torque too low, flora collision issues, tree lod popping, draw distances are quite low with annoying fog of war being quite close. No distant landscape vistas yet.

The game is getting a Multiplayer Patch at some point. (some earlier builds already had it in I think)


Last edited by TheRiddick on 6 May 2017 at 2:05 am UTC
1 Likes, Who?
While you're here, please consider supporting GamingOnLinux on: