Technobabylon is being released for Windows later this month, but the Linux release has been pushed back indefinitely.

The game was originally meant to be released for Linux along with the Windows, Mac and iOS versions on 21st May. However, due to health issues in the company and problems with the AGS engine on iOS, the initial release will only be for Windows, as noted by CCO Dave Gilbert in the comments on the pre-order announcement. 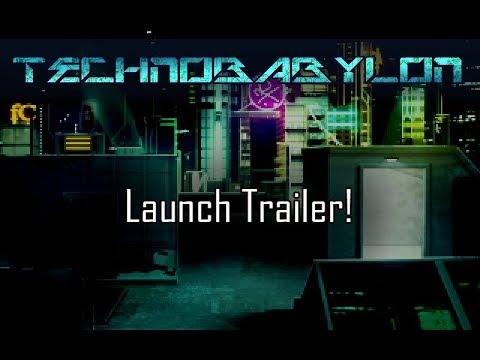 YouTube videos require cookies, you must accept their cookies to view. View cookie preferences.
Accept Cookies & Show   Direct Link
In addition to the trailer, the game's webpage has character case studies for the three protagonists Max Lao, Latha Sesame and Charlie Regis, which all come with short video teasers.

City of Newton, 2087. Genetic engineering is the norm, the addictive Trance has replaced almost any need for human interaction, and an omnipresent AI named Central powers the city.

CEL agents Charlie Regis and Max Lao are investigating a serial Mindjacker who is tapping into the neural wiring of seemingly ordinary citizens, stealing their knowledge and leaving them dead. An agoraphobic net addict named Latha Sesame might be the next target. But when Charlie’s past comes back to haunt him, he and his partner find themselves on opposite sides of the law, with Latha’s fate in the crossfire.


There's more to look forward to from Wadjet Eye Games, as they have two more games currently in the works. We mentioned Shardlight and Automaticity in our article about AdventureX, and both look like games that should appeal to fans of classic adventure games. Article taken from GamingOnLinux.com.
Tags: Adventure, Point & Click, Video
0 Likes
We do often include affiliate links to earn us some pennies. We are currently affiliated with GOG, Humble Store and Paradox Interactive. See more here.
About the author - flesk

View PC info
So if it uses AGS, it should be playable on Linux if you build it from source? I could buy it on GOG if it's so.
0 Likes

View PC info
Wadjet Eye Games make installers for their games, so you'll have to extract the game files with innoextract first. The Windows demo works fine for me with a fresh AGS build, but of course official GOL policy is to not buy until the game is officially supported for Linux. ;)
0 Likes
While you're here, please consider supporting GamingOnLinux on: