Poltergeist is Colombian developer Glitchy Pixel's first commercial game but they've already got several free games under their belt. This is an interesting looking puzzle game which has made its way through Steam Greenlight and is now ready for release both DRM free and on Steam. 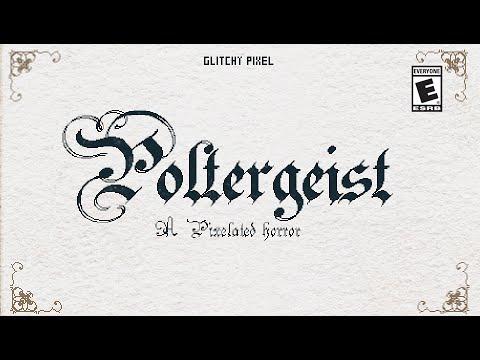 If you're familiar with Ghost Master® or Wayward Manor, Poltergeist probably doesn't bring anything new to the table. They are however not available for Linux, so this might be the first "ghost puzzler" to hit our platform. Being a big fan of Neil Gaiman I had hoped to get a Linux version of Wayward Manor, but sadly that doesn't seem to be happening anytime soon.

Poltergeist is developed in Unity and is, as the full name suggests, quite pixelated, but if that doesn't put you off it this might be a nice one to pick up before Halloween. Add to this that Costume Quest 2 is already out and we're starting to get a nice and short line-up of Halloween themed games in time for the yearly event.

The game has been featured on GOL earlier in the Funding Crowd and also in one of the first GOL Cast articles, so if you want to see some Linux game-play then check out that link.

Have you ever wondered what it feels to be a ghostly being?

You have always lived happily in your mansion. A mansion that you managed to obtain with a lot of hard work and many personal sacrifices. Naturally you don't want anyone else to take care of it, not even in death! But now, after your demise, many tenants have taken over it, and this is intolerable to you.
Luckily, your love for your manor has granted you powers that will help you get rid of those pesky individuals.

Watch them run and scream, scaring them using your intelligence, wit, and with the use of powers like possessions, spectres, altering objects and more.
Have fun and play with the occult... and become a Poltergeist!

Poltergeist: A Pixelated Horror is a puzzle game for PC/Mac/Linux, in which you are a ghost named Henry B. Knight. You will scare the tenants currently living in your house, so you can have some peace at last in the afterlife.

Poltergeist is available DRM-free from Humble Store and on Steam. The Humble Store version also gives you a Steam key and might be a good way to give the developer a slightly larger cut of the sale.

View PC info
Surprised to see this appear as a featured article but maybe it's because of the season?

I've had a chance to play the game a bit now and my first impression is that it's challenging but very good. It's not a free-form scareathon like those games I compared it to in the above article but rather a traditional puzzle game with a ghost theme.

I'm struggling to find a good comparison but it reminds me a bit of Micron because of how you assign actions to tiles and the way the available actions are limited to only provide a single correct solution. The order in which you do things in Poltergeist matter more than in most levels of Micron though.

Overall it feels like a very solid puzzle game that I imagine I'll be spending several hours on when I have more time on my hands.
0 Likes
While you're here, please consider supporting GamingOnLinux on: