Poly Universe is a pretty unique spin on the survival city-builder mix of genres, with multiple tiny planets that aren't much bigger than the colonists. It originally started as an experiment from the developer, Pouchmouse, with procedural planet generation. The idea grew and it eventually grew into a fully-playable game. 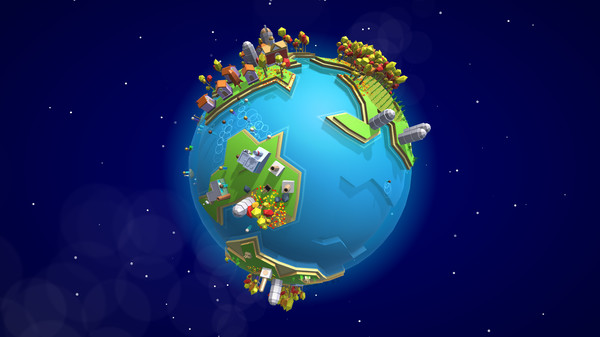 A tiny band of settlers land on a remote planet. With you as their leader they will either build a new civilization, or be consumed by the foul creatures which inhabit the furthest reaches of space.

In Poly Universe worlds are tiny but numerous. Be strategic in laying out your cities to maximize the limited space available on each world. Balance industry and residential buildings to keep your citizens happy. But don't neglect the defenses necessary to keep them safe! Here in the outer edge of the known universe, danger can arrive at any moment, and when it does it arrives in full force.

It's due to release in Early Access on Steam on July 19th. The plan is for it to remain in EA for at least a year, although the developer said that it already has a bunch of core gameplay features to make it interesting.

Thanks for the tip, NuSuey/TuxDB.

Article taken from GamingOnLinux.com.
Tags: Early Access, City Builder, Indie Game, Steam, Survival, Upcoming
9 Likes, Who?
We do often include affiliate links to earn us some pennies. We are currently affiliated with GOG and Humble Store. See more here.
About the author - Liam Dawe

View PC info
Definitely one to keep an eye on.
0 Likes
While you're here, please consider supporting GamingOnLinux on: