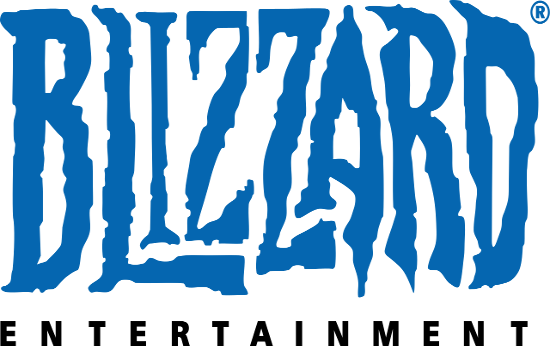 In a sad turn of events, but not exactly surprising, the President of Blizzard responded to the petition calling for Blizzard to support Linux, the answer is obvious, but what's sad is the response from the petition creator.

Here's the official response to Blizzard not being on Linux:


QuoteI certainly appreciate your passion and enthusiasm around this. Those are some great comments that you have included below, but the numbers just aren’t there right now. Linux usage represents less than 2% of installed desktop operating systems browsing the web, and I would assume most of those people also have access to a Windows or Mac device capable of playing Blizzard games.

We will continue to monitor the growth of Linux, but it is very unlikely that this will be something that we pursue in the near future.

I think we all saw that coming, but here's the sad part, in public directly below this the petition owner said this:


QuoteI am not sure just what the hell Morhaime is smoking but obviously he needs to stop or change to a different plant. How can he say we are under 2% when there is no concrete evidence to prove it. He also can not seem to grasp the fact that the reason why some of use are stuck using Windows is because of Blizzard and not because we love using Windows.

One thing is for sure, I am gonna have to work harder if I am going to break through that thick head of his.

Will keep you posted.

That's a perfect way to make sure Blizzard never respond to that petition again. This also gives them fuel to continue to not support us, if that is the attitude of people who try to represent us.

I think we all need to ask ourselves what Andrew (the petition creator) "is smoking". It was a perfectly reasonable response from Blizzard, and I didn't even expect Blizzard to respond until the petition was much bigger.

Blizzard, we aren't all like this, and please do not think that person speaks for us, as they do not. Article taken from GamingOnLinux.com.
Tags: Editorial
5 Likes, Who?
We do often include affiliate links to earn us some pennies. We are currently affiliated with GOG, Humble Store and Paradox Interactive. See more here.
About the author - Liam Dawe

I am the owner of GamingOnLinux. After discovering Linux back in the days of Mandrake in 2003, I constantly came back to check on the progress of Linux until Ubuntu appeared on the scene and it helped me to really love it. You can reach me easily by emailing GamingOnLinux directly.
See more from me
Some you may have missed, popular articles from the last month:
The comments on this article are closed.
89 comments
Page: «9/9
c704710 12 Mar, 2015
It is easy to miss as it is only 1% difference. But the president should be aware that the market share, by his numbers, has _doubled_ since the last time he cited them publicly. That's a trend that can rapidly pass you by eventually.
0 Likes
neowiz73 12 Mar, 2015

View PC info
Blizzard, like many other corporations out there are just simply greedy. this is why we don't see any ports of EA or any other major game company. Not that EA really matters that much, but they do have some games that are hugely popular. I'm sure this is all about money in the end. The one aspect of Blizzard that I do appreciate is that they do make it a point to try and make their games playable in wine.
It's one of those situations where IF Valve where to start to gain some major traction with SteamOS/Linux with Steam, like above 20% of the market within a year then we might start to see newer games from these companies ported over. Until then, I'm under the assumption those of us that are 100% Linux users are just SOL. and have to deal with using wine. As it stands Blizzard is the only company with games that I like to play that are not ported, so for me it's not a major deal.
0 Likes
neowiz73 12 Mar, 2015

Quoting: tobiushirogeriSo now i've got to find a way to use my nVidia card and driver under a Virtual machine (virtual box) to play Diablo III

One thing I love about playonlinux is you are able to setup mulitple wine environments easily, the one setup that was automatically created by playonlinux for Hearthstone has worked really well for Diablo 3 as well. The one change i've made is that I removed the dpghelp override.
0 Likes

That said, there _is_ a way to settle this. How about all of us who want a Linux client stop playing blizzard games for a few months, say from May 1, 2015 (or the release of Legacy of the Void, whichever comes first) to August 1, 2015, so the company can actually measure the impact?

I know it would be hard not to play, but we can make a point. If Blizzard observes a 2% decline in players and decides that it cannot care less, so be it. However, if they see a 10% decline and decide that's something they have to address, we may just see that Linux client developed.

If you are with me, please spread the word (otherwise the whole thing would be useless).

This is a really great idea and I hope others (who play Blizzard games) at least consider it.
0 Likes
gkaran 12 Mar, 2015
Update by the petition owner. Why am I not convinced?

Some people must learn to first think and then talk/write.

I want to apologize for yesterday update. I said things about Mr. Morhaime that was my personal opinion and therefore did not belong.

For those of you who I have upset because of those comments, I hope you can forgive me and I will do my best to not let it happen again.

Reading Mr. Morhaime response which was the same response I received from him back in December made me angry. I really had hoped that my original response to him back then about the Steam survey and the browsing stats not being accurate would have opened his eyes to finally showing us love. Not to mention how well this petition has been coming along.

I'll admit, dealing with companies like Blizzard and Farsite does take a toll on you, especially when they rely on inaccurate information and refuse to even test the Linux market.

View PC info
Morhaime has a good point, I think it is time I started moving away from wine and just focus purely on Linux. At the moment World of Warcraft, Star Trek Online, Neverwinter Online and The Witcher occupy my list of wine games. If I'm going to support Linux gaming then I suppose I'll start with the MMO that's subscription based and work my way down from there. It's not like I've played WoW much anyways.

Star Trek Online and Neverwinter Online will be a bit harder for me to break away from though as I rather enjoy the STO guild/community I'm in.
0 Likes

Quoting: neowiz73.... The one aspect of Blizzard that I do appreciate is that they do make it a point to try and make their games playable in wine. ...

That's entirely untrue. There was just a lot of demand for the popular Blizzard-Games (WoW), why the community put a lot of effort there to get it running properly.

I did play WoW in the past in Linux, but I am now in the comfortable position not to need to pay a Company any longer who only puts their titles on Windows, since we do get games here to play - no biggie.

Even though, I still have a Windows 7 image for lan parties, I don't buy new windows only titles. Why? Because I'm stubborn too :D.

If they want my money, they port it, if they don't port it, they obviously don't want it, and therefore don't get it. I'm even tempted with the thing somebody said before: If they don't support us in Linux, just crack it. But I decided I won't become a dickhead and don't pay people for the work they do when I do want to play the game, and in the end, there is no game that I consider worth it.
2 Likes, Who?

View PC info
Blizzard has yet to make one game I'd be remotely interested in, so I couldn't care less about Blizzard not caring about the "2%" (btw. 2% of a whole lot of sales are a whole lot of money). Chances are that I wouldn't buy any of their games even if they'd run natively in Linux.

I wish the person starting the petition would have reacted more classy, though.
0 Likes
« 1«9/9