I think we all saw this coming when Paradox Interactive picked up the rights to Prison Architect, with Double Eleven taking on further development. The first proper DLC has been announced at PDXCON named Prison Architect - Psych Ward: Warden's Edition.

Psych Ward was previously a console exclusive DLC, so it's good to see it make it onto PC. However, it does include new added features not in the original DLC and it will launch along side a free content update for everyone. It's not exactly a small pack either, it actually sounds like it's going to be adding quite a bit to the game. Paradox also gave it a release date of November 21, so you won't exactly have long to wait to really find out. 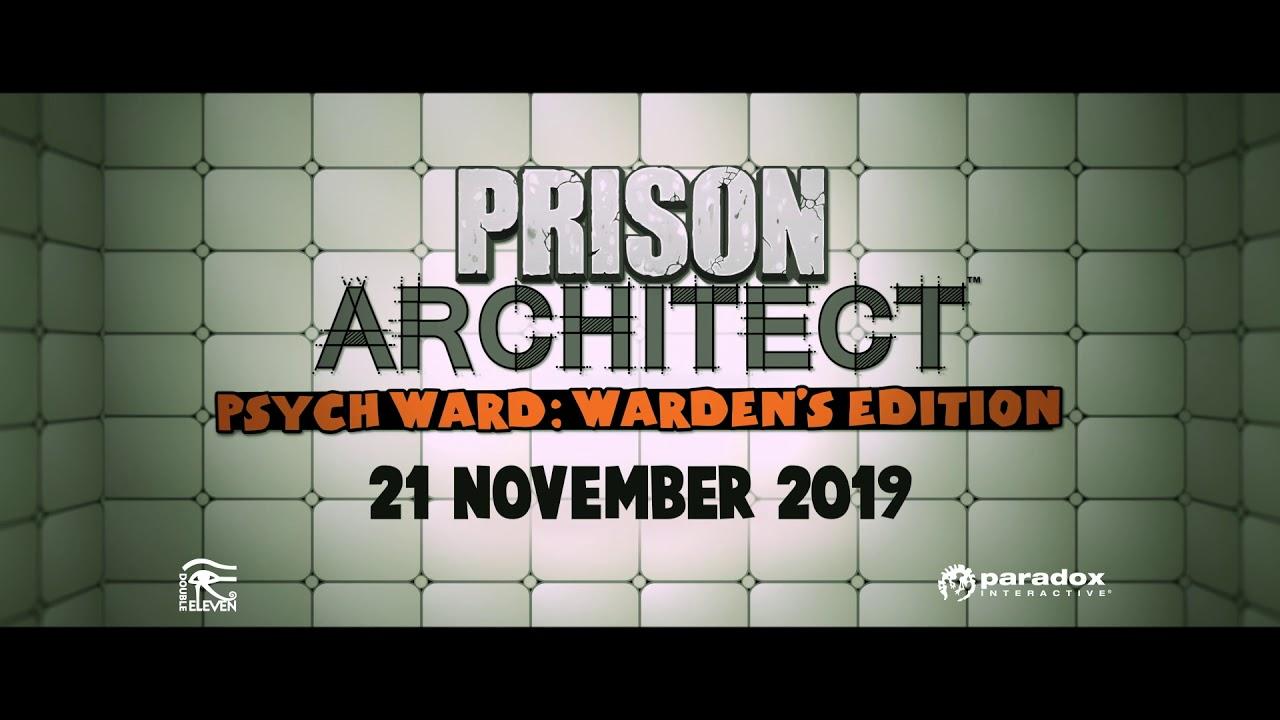 This is one expansion I think I'm going to enjoy. Prison Architect is already a huge amount of fun and this pack sounds like it will make the game far more detailed with the inmate behaviour system.

"Psych Ward: Warden’s Edition is built to enhance Prison Architect’s existing gameplay mechanics to give players new and interesting ways to experience the game," Steacy McIlwham, Product Manager for Prison Architect at Paradox Interactive, said. "Each feature in this expansion brings its own set of scenarios and opportunities that require players to get creative with their prison management. Psych Ward: Warden’s Edition is just the start of our plans for Prison Architect, we have much more in the works that you’ll hear about soon."

Additionally, Paradox and Double Eleven also revealed they have an additional Prison Architect expansion in development that will launch in 2020 but so far they've only given it a teaser trailer: 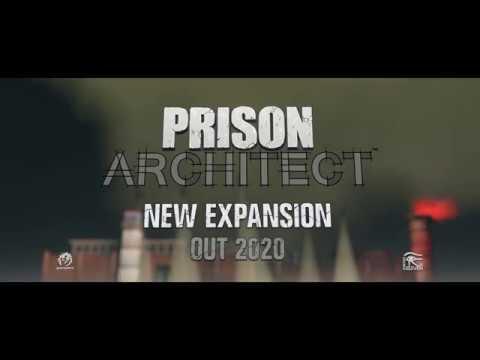 Whenever they give out more details on next year's expansion, we will have a write-up here on GamingOnLinux to let you know what it's all about.

As for the base game, it has a big discount on it across Humble Store, GOG and Steam to celebrate PDXCON.

Article taken from GamingOnLinux.com.
Tags: DLC, Simulation, Steam, Strategy, Upcoming
2 Likes, Who?
We do often include affiliate links to earn us some pennies. We are currently affiliated with GOG, Humble Store and Paradox Interactive. See more here.
About the author - Liam Dawe

View PC info
Update: They teased another for next year, added into the article.
0 Likes

Klaas 19 October 2019 at 3:49 pm UTC
Since I've only got the game on Humble, can anyone that has the GOG version check if it requires the Paradox launcher i.e. isn't DRM-free anymore?
0 Likes

KlaasSince I've only got the game on Humble, can anyone that has the GOG version check if it requires the Paradox launcher i.e. isn't DRM-free anymore?

Having the Paradox Launcher does not make it suddenly have DRM, it doesn't even require a login.

So far every Paradox game with the Launcher on Linux can be run without the launcher by running the executable directly.

As for the GOG version it's up to date, the launcher files are there but GOG's launch script runs the game directly bypassing the launcher.

Liam DaweHaving the Paradox Launcher does not make it suddenly have DRM, it doesn't even require a login.
(…)

Maybe, but it's “telemetry”, so it's definitely inside DRM territory.


I'm not sure I have a copy of the game in the pre Paradox state.
0 Likes

Liam DaweHaving the Paradox Launcher does not make it suddenly have DRM, it doesn't even require a login.
(…)

Maybe, but it's “telemetry”, so it's definitely inside DRM territory.

Nope, telemetry and DRM are different. One is tracking, one is restricting.
0 Likes

You have tagged Prison Architect as a “Dating Sim”?

You have tagged Prison Architect as a “Dating Sim”?

Liam DaweNope, telemetry and DRM are different. One is tracking, one is restricting.

We can quote each other and write nope an arbitrary number of times. Both tracking and restricting are DRM.
0 Likes

Liam DaweNope, telemetry and DRM are different. One is tracking, one is restricting.

We can quote each other and write nope an arbitrary number of times. Both tracking and restricting are DRM.

No, they are not.

DRM is about restrictions. Telemetry is about gathering data. Conflating them into the same thing is factually incorrect.
1 Likes, Who?

View PC info
I know - people love to bash Paradox for their numerous DLC packs they release for all their games.

I love them (among things) for just that. No good old game is ever dead. They update and improve them for years. Yes, it costs money, but so does making these improvements. Can't have the cake and eat it.

I was hoping for Paradox to start making DLC packs for this gem of a game when they took over. Yes, I am going to buy this one!
0 Likes