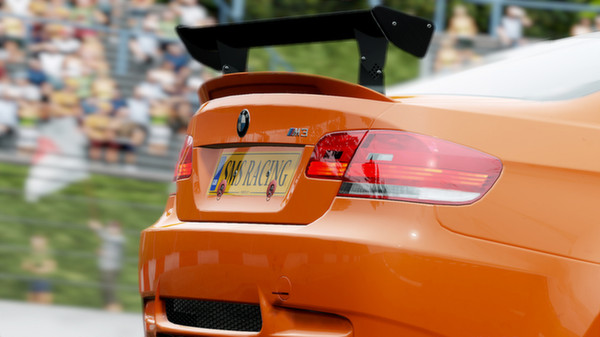 Well this is confusing and aggravating, it seems the Linux version of Project Cars is officially never going to happen.

@gamingonlinux There are no plans for a Linux version right now.

I pointed out a link on their own website that is still up here:

QuoteFurthermore, Project CARS will also be coming to Valve’s Steam OS, extending an existing partnership with Steam that has already allowed tens of thousands of WMD members the ability to download and play builds of the game during its development and allow specific multiplayer and social features that are only possible using this unique platform.

No reply on that yet, but I will update this if we get anything back as it was only recently sent to them.

Sadly, it's another game to join the growing list of games that promised a Linux/SteamOS version to drop support at some point without telling anyone. I've tried to get in touch with the developer numerous times. It's pleasing to get closure, but it took a long time to get it out of them.

They did at least stop taking any funding way before announcing SteamOS support, so if you purchased it once it released when there was still no sign of their previously promised support, well, you probably know by now not to pre-order.

We do often include affiliate links to earn us some pennies. We are currently affiliated with GOG and Humble Store. See more here.
About the author - Liam Dawe
I am the owner of GamingOnLinux. After discovering Linux back in the days of Mandrake in 2003, I constantly came back to check on the progress of Linux until Ubuntu appeared on the scene and it helped me to really love it. You can reach me easily by emailing GamingOnLinux directly.
See more from me
Some you may have missed, popular articles from the last month:
The comments on this article are closed.
86 comments
Page: 1/9»

View PC info
I was really waiting for this, I even added it to my wishlist to get notified as soon as it is released.

So much talking about this, even the successor project-cars-2 promises linux support...and now this? "there are no plans"? wtf?

More honesty would be nice, more text, replies, an excuse or at least some reason would be nicer to read than this short reply without regrets what so ever. a shame it is, nothing more. no bux for these devs from my side. seems they have enough though.
3 Likes, Who?

View PC info
Grid and Dirt is enough
2 Likes, Who?

Quoting: miroI was really waiting for this, I even added it to my wishlist to get notified as soon as it is released.

So much talking about this, even the successor project-cars-2 promises linux support...and now this? "there are no plans"? wtf?

More honesty would be nice, more text, replies, an excuse or at least some reason would be nicer to read than this short reply without regrets what so ever. a shame it is, nothing more. no bux for these devs from my side. seems they have enough though.

Maybe the reason is "we are to busy getting in bed with bill gates and M$"
Simple, I am not buying it.
0 Likes

View PC info
Nothing new or surprising for me.... those scammers have been in my blacklist for a long time with their promised ports and bad PR practices now.
Remember the name "Slightly Mad Studios", people, remember it and remember to never support them ever....
2 Likes, Who?

View PC info
At least they finally said something about the port, but the response isn't a surprise the post is 3 years old and after it they didn't had any update post informing the status of the port.
4 Likes, Who?

View PC info
They made a huge marketing campaign around Steam OS. The logo was on each video, images, blog articles, official website, FAQ, forums... and they even announced a second part of the game with a similar campaign and the same Steam OS promises.
But there are no plans for GNU/Linux. I don't understand the logic of these guys, but probably they lie more than talk
10 Likes, Who?

View PC info
I didn't really care since I'm not a racing fan, but I know a lot of my penguin friends were :(

Pourin' one out for the homies... View PC info
In the need to contact Valve for this situation, i think it commercialy deserve SteamOS too.

View PC info
Are we absolutely positive that this isn't a situation where whoever is running their Twitter account doesn't know that "Linux" and "SteamOS" are the same thing? Seems like someone without a clue could have looked at their list of things they will support and said "Let's see... Windows, Mac, SteamOS... Nope no Linux here. 'No, we won't support Linux.'"

I mean, I don't want to get people's hopes up, but it does seem super strange that they would leave that paragraph up on their site.
9 Likes, Who?
1/9»
While you're here, please consider supporting GamingOnLinux on: