By Liam Dawe - 10 January 2017 at 8:50 pm UTC | Views: 5,687
Project Zomboid [Steam, GOG, Official Site] has another release pushed to the stable branch of this in-development Zombie survival game. One of the major new features is the ability to trade with other players when playing online. 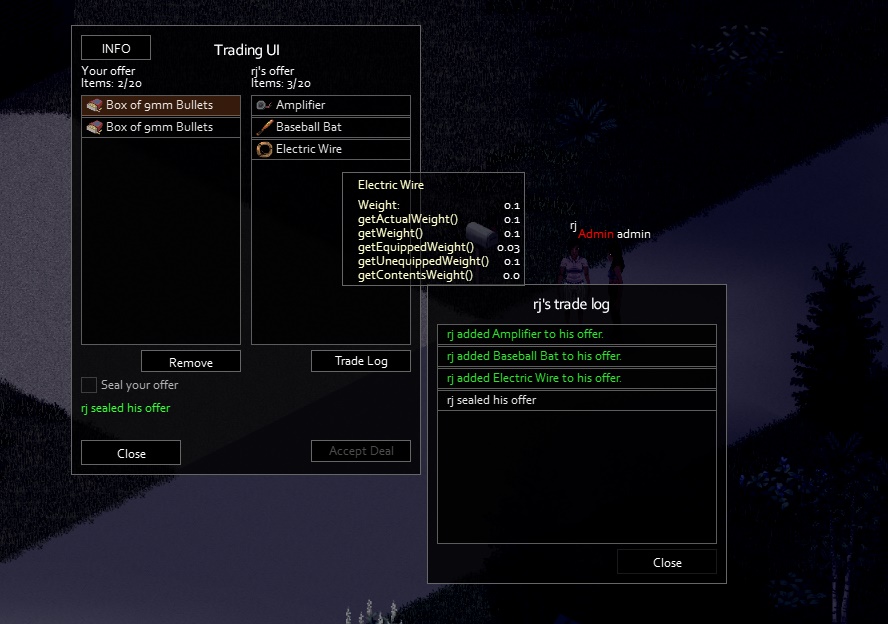 The new trading system is now live, so if you're playing online you can trade items with a new interface. When you drag and drop items, you both need to click a button for it to go through, so people can't run off without trading something.

When playing on a new build, the game will show you a changelog. So you no longer need to hunt for them on Steam or elsewhere.

Their partner "General Arcade", who did the VOIP work are looking at ways to speed the game up, by diving deep into the code and seeing what optimizations they can do.

Work is also ongoing towards getting working vehicles into the game, which sounds damn exciting!

You can see the full changelog here. Note: The date of that post says December, as previously it was an opt-in beta.