We do often include affiliate links to earn us some pennies. We are currently affiliated with GOG and Humble Store. See more here.
About the author - Liam Dawe
I am the owner of GamingOnLinux. After discovering Linux back in the days of Mandrake in 2003, I constantly came back to check on the progress of Linux until Ubuntu appeared on the scene and it helped me to really love it. You can reach me easily by emailing GamingOnLinux directly.
See more from me
Some you may have missed, popular articles from the last month:
The comments on this article are closed.
40 comments
Page: 1/4»
gustavoyaraujo 8 Mar, 2019

View PC info
can't wait, it doesnt appear for me, does it rolls out at the same time for all the regions?
1 Likes, Who?

I thought this shit died in the late 90's on slashdot
16 Likes, Who?

slashdot still is alive and kicking
5 Likes, Who?

Really happy that the mouse-pulldown is addressed. I'll give that a shot this weekend - it was killing my Subnautica joy for a long time, so I guess I need to re-install that and give it another shot! (although you could always stick mouse acceleration to a very low number in game to get around it, mostly)

Will do some testing all round, I think! Love seeing these updates pour in.
5 Likes, Who?

View PC info
I didn't have any mouse problems using the experimental build of Subnautica. That would be worth a try if you continue to have issues.
0 Likes 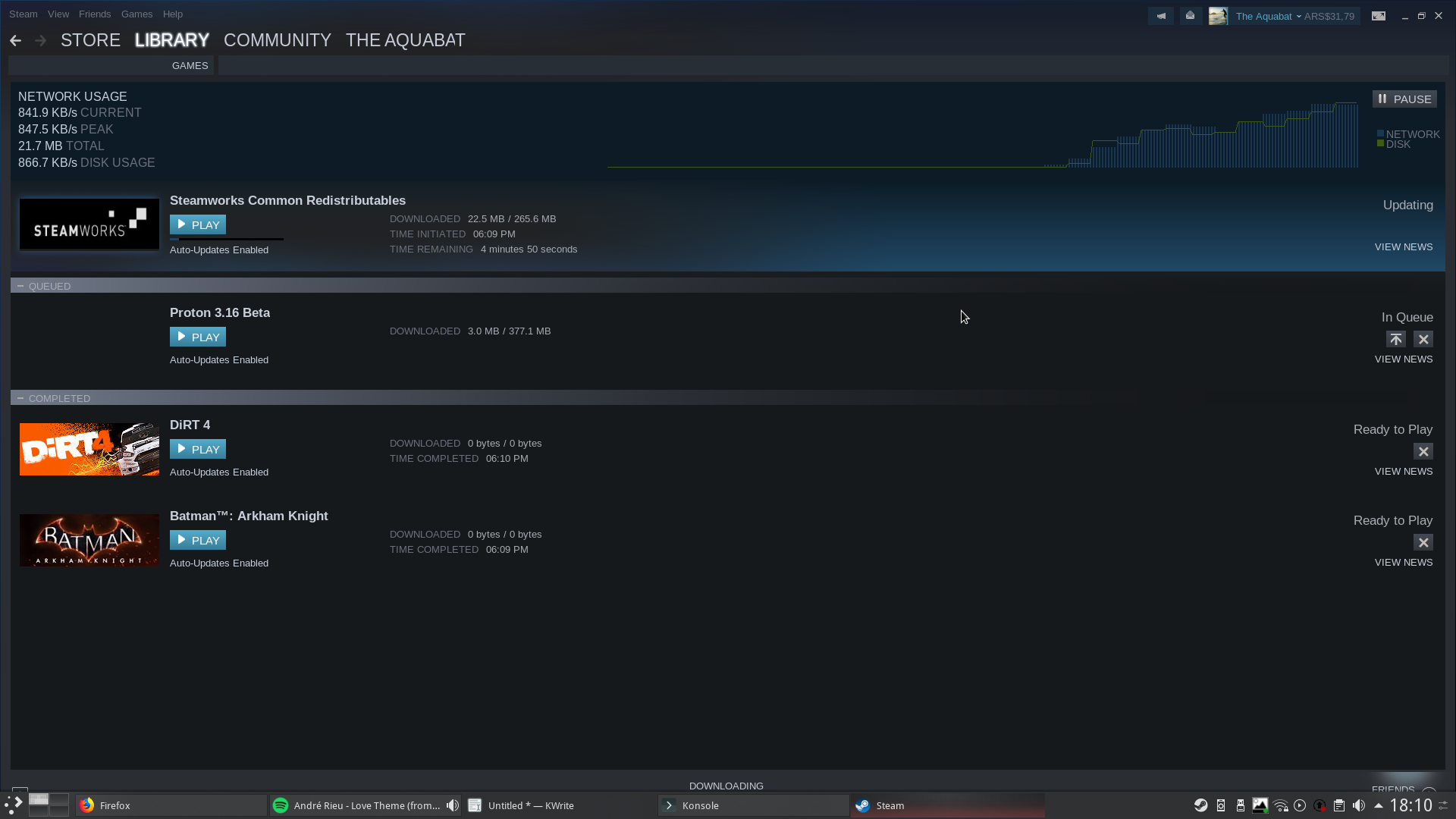 Quoting: liamdaweSeems they forgot to update the version string, still shows up as 3.16-7 even though it's updated.

I was trying literally everything to force-update Proton and was just about to wipe Steam from my HDD. Thanks Liam. You just saved my evening.
11 Likes, Who?

It's very much still a thing on YouTube (I know, what am I doing reading YT comments?) among others.
2 Likes, Who?
1/4»
While you're here, please consider supporting GamingOnLinux on: