Punch your way to the top in Spartan Fist, released with same-day Linux support

Spartan Fist [Official Site], the first-person puncher from Glass Bottom Games is out today with Linux support and it’s bloody glorious. Literally so, I’ve spent hours in this one punching people with various special fists and it just doesn’t get boring.

It actually somewhat resembles the Nintendo Switch game Arms, a little anyway with the main theme being able punching the crap out of people. As someone who owns a Switch and previously owned Arms, I actually much prefer Spartan Fist.

It’s ended up becoming a bit of a go-to game for me when I need to let out some stress, it’s damn good at helping with that. What a better way to release some steam than punching animated characters right in the face with a rocket powered fist. Wow—that probably comes across like I have real issues, but I mean it more a playfully way.

The combat is just so weirdly satisfying, especially the rocket fist. You've heard the term "fists flying" I'm sure, well, this gives it a whole new meaning. It's interesting, because you're able to get different sets of fits and your left and right fist are independent. When you find a new one, you can swap either of them or stick with what you currently have. Being able to literally propel yourself across an area, punch someone up into the air and then launch a flurry of attacks as they come down—absolutely mental.

I wasn't particularly fond of the lock-on system, which I ended up turning off completely. I found it often auto-locked onto an enemy I wasn't fighting. Useful when it worked the way I expected, but just better off. 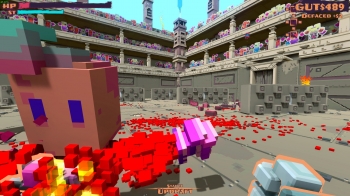 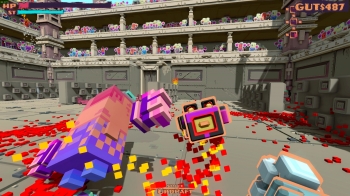 There's also special pools you will come across, allowing you to dip your first into them for random effects. Some are incredibly useful too, like getting a smidgen of health back with each punch, something I wish I came across more often…

As you progress, you will accrue "Guts" (their currency), which you can use for permanent upgrades. These can come in the form of stronger fists, more health and so on. You will need them too, as the game has a pretty high skill ceiling, the first boss especially is damn difficult. Thankfully, these persist between runs, so if you have a particularly poor run it will keep building up enabling you to get better and stronger over time. 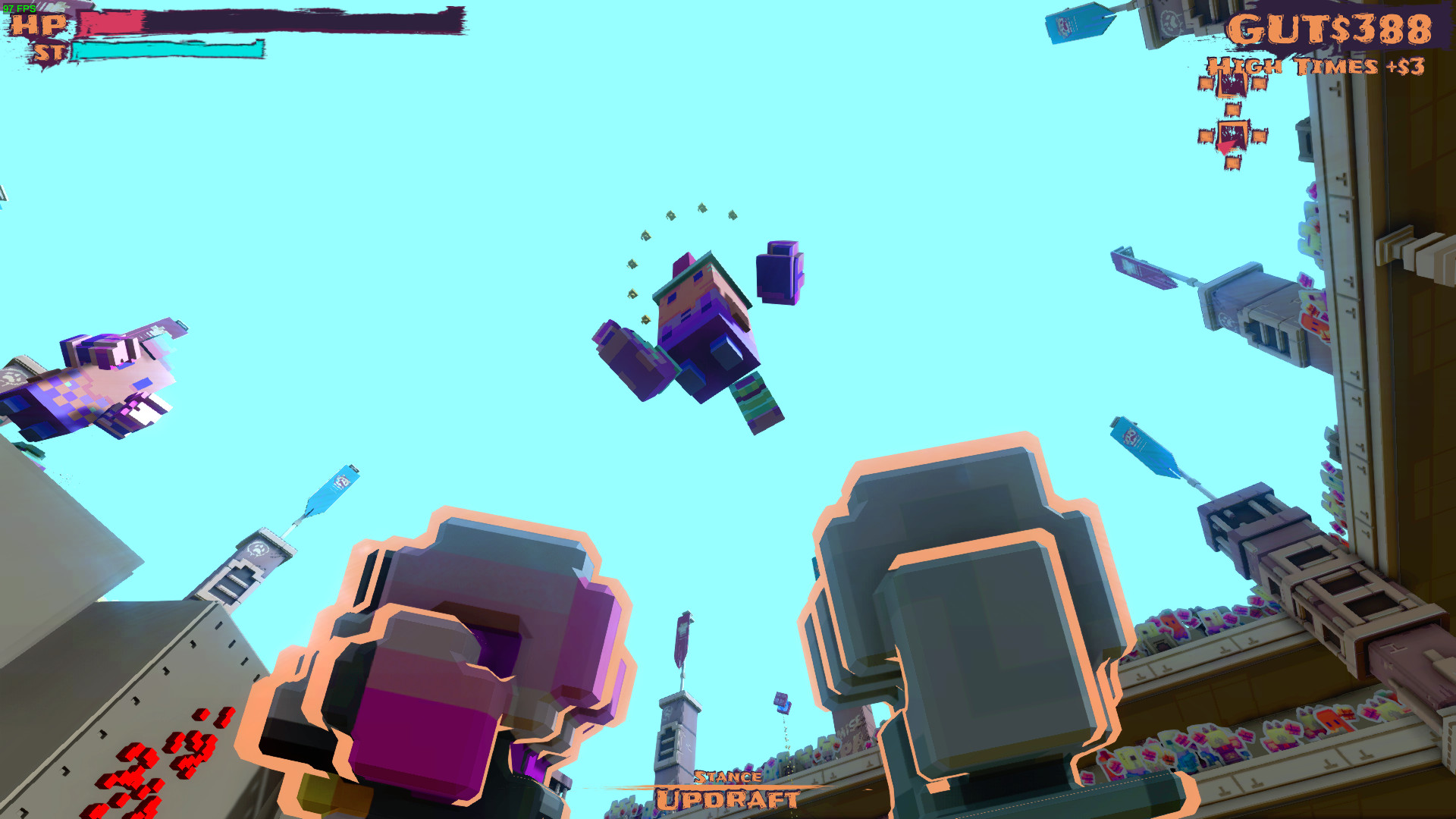 The music is damn fine too, what they're calling a mix of "punk/chip fusion" and it sure does help get your blood pumping. I've felt myself bobbing along as I run around and punch people in the face.

If blood splatter isn't your thing, there's options to adjust this. You can turn the blood level down to zero, crank it up so it becomes even more ridiculous or turn on the party mode so people explode like a pinata.

The Linux version has been absolutely flawless, can’t fault it. The Steam Controller was tested without issues too! Absolutely check it out, now go and punch your way to victory! Find it on Steam.

Article taken from GamingOnLinux.com.
Tags: Action, Indie Game, Review, Roguelike, Steam
8 Likes, Who?
We do often include affiliate links to earn us some pennies. We are currently affiliated with GOG, Humble Store and Paradox Interactive. See more here.
About the author - Liam Dawe

View PC info
Looking forward for this once I get home.
1 Likes, Who?

View PC info
Looks like a blast! Your review will definitely move it up my wishlist!
2 Likes, Who?

View PC info
I purchased this and it's a lot of hyperkinetic fun. Very recommended...
1 Likes, Who?

View PC info
I have to admit I had very little interest in this game... until I read this review!... Great job on these articles!
0 Likes
While you're here, please consider supporting GamingOnLinux on: