By Liam Dawe - 31 March 2017 at 10:09 am UTC | Views: 7,095
Virtual Programming have release their latest Linux port with 'Putty Squad'. It's a remake of the 1994 platformer that shares the same name, but the updated release has crispier high resolution visuals. VP provided me a copy last night, so here's some thoughts.

It's currently only available for Linux directly from the Deliver2 store that VP themselves run.

First up, here's some gameplay: 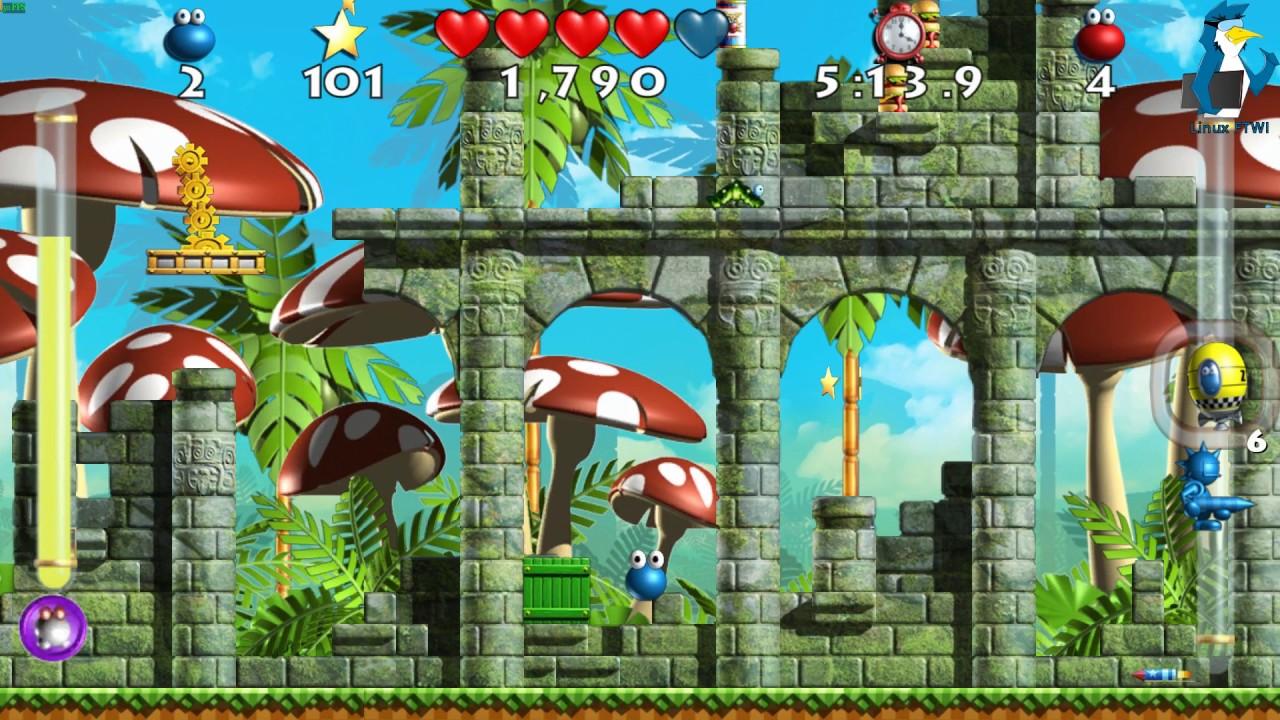 YouTube videos require cookies, you must accept their cookies to view. View cookie preferences.
Accept Cookies & Show   Direct Link
I never played Putty Squad when I was younger, so for me it's entirely new. I get that for some of you here this will probably be pretty fun to have an updated version available for Linux. For me though, there's no such nostalgia.

Thankfully, it has gamepad support with lots of different gamepads supported out of the box, so you can kick back and relax from your sofa with this little gem. To use a Steam Controller you will either need SC Controller, or to launch the game through Steam as a non-Steam game (great feature!). The Steam Controller worked beautifully once I had it set as a standard gamepad in Steam for the game.

What I've personally found with it is a high quality port from Virtual Programming and a surprisingly fun platformer. Performance as expected is perfectly fine, since it's not really pushing the boat out in terms of visuals. The visuals are dated and sometimes a little on the poor side, to give you an example:

Look at the pipe, see it? To be clear, this isn't a port issue, it's an issue with the original game. Still, a few issue like that did stick out, but it's a really minor issue.

Graphical issues in all versions aside, the gameplay is where Putty Squad truly shines. It has some really varied features that I rather enjoyed messing with. It's a game suitable for all ages too, so certainly one to consider buying for your kids as well! It's not violent, apart from jumping up and down on enemies, a little kick or throwing a few explosives. The explosives don't really seem violent at all, more colourful and silly than anything.

What makes Putty Squad enjoyable is the various abilities your little friend has. For example: you can inflate yourself to get above enemies and drop on them, or to reach higher platforms. Keep inflating and you will float quicker, but inflate too much and — pop. The way you progress through each level is to suck up your red putty friends to save them, which I have to admit is quite funny. You come across various crates to blow up, which can contain food for health, or power-ups. My favourite power-up has to be the rocket you fly in, especially if you have bombs available to drop on the heads of your enemies. Damn fun every time I get in one and there's plenty more silly power-ups to try too.

Overall, it's outstanding and a very welcome addition for Linux gamers interested in high quality action platformers. While it is geared toward a younger audience, some of it is quite challenging making it fun for us too. I think it's well worth a purchase.

View PC info
What's wrong with the pipe? I don't see it.
0 Likes

Quoting: AnjuneWhat's wrong with the pipe? I don't see it.

View PC info
I saw it the moment I moved my lazy butt from the sofa to where the computer actually is...

Clearly this is a game for the couch!

View PC info
Is this DRM free?
1 Likes, Who?

They just give you an installer, so yes.
1 Likes, Who?

Quoting: AnjuneWhat's wrong with the pipe? I don't see it.

Yeah, it looks like someone with my skills gimping a random image into the game, but it's real and there's a few issues like that. Overall it's fine though.
0 Likes

View PC info
Cool, I like that. Thanks for the clarification, Liam.
0 Likes

DMJC 31 Mar, 2017
View PC info
To be completely fair to Putty Squad, this was an Amiga/SNES game so the fact it looks so good is kind of amazing.
0 Likes
While you're here, please consider supporting GamingOnLinux on: