Puzzle Platformer 'Adventures of Shuggy' Released For Linux On Steam

Update: A DRM free Linux build was added to the Humble Widget on the developer's website on 30th October.

The game was ported to Linux in time for the Halloween sale on Steam and is a bargain for fans of puzzle platformers. 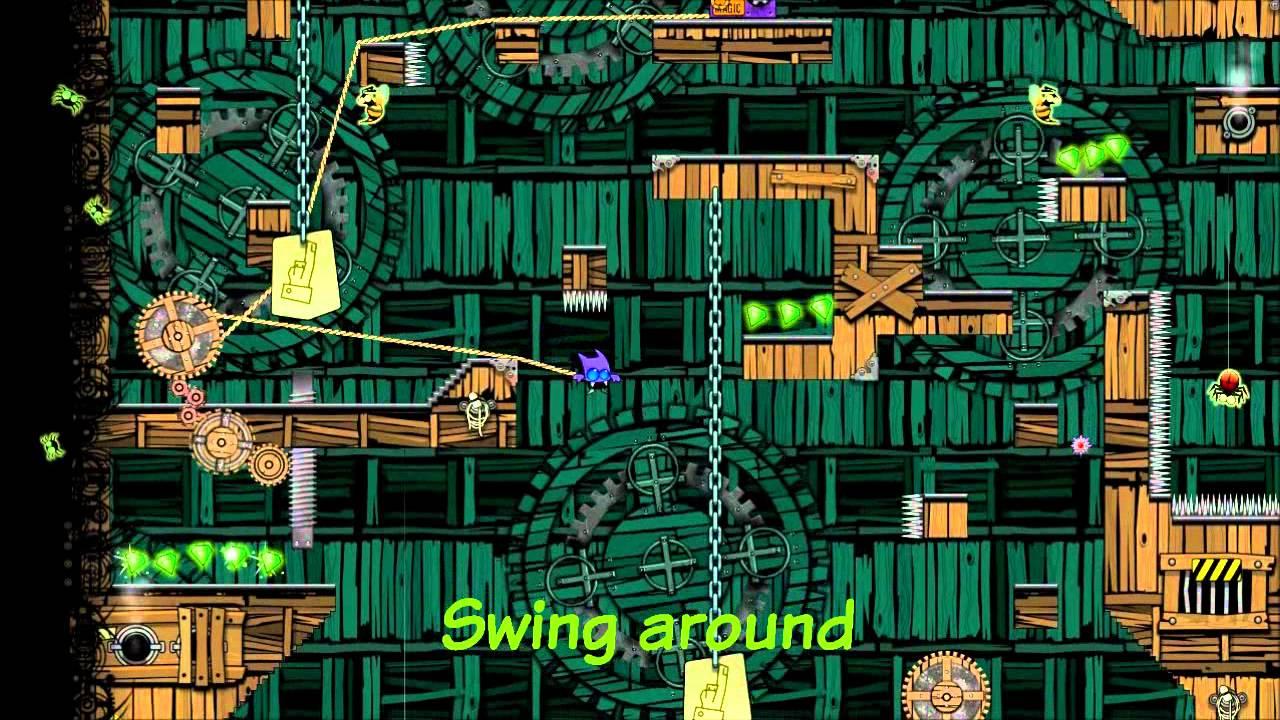 YouTube videos require cookies, you must accept their cookies to view. View cookie preferences.
Accept Cookies & Show   Direct Link
Adventures of Shuggy was developed by Gateways developer Smudge Cat Games and has been ported to Linux by Ethan "flibitijibibo" Lee. The game is similar in style to Gateways, but with separate levels instead of the metroidvania-esque level design.

The game has a wide range of puzzle mechanics, which change from level to level. In some levels you can rotate the screen, while in others you have multiple Shuggys to switch between and coordinate. There are also levels where time loops, and you have to find ways to cooperate with your past selves, but have to avoid bumping into them. A couple of the levels I played had tiny bouncing creatures that had to be herded to cages to unlock the gems that you have to collect to pass each level. I've only just passed the first area in the game, and judging by the trailer, I've only experienced a small fraction of what the game has to offer.

So far the puzzles haven't been too challenging, but the platforming unfortunately leaves a lot to be desired. Movement feels very floaty, and controlling Shuggy around pits and enemies can be needlessly difficult. That hasn't bothered me too much yet, but I've only gotten a taste of the trickier puzzles that require some planning and mental leaps to pull off. If these ramp up as much in difficulty as those of Gateways, the controls can easily become a source of frustration when you spend time to pluck away at a devious puzzle, only to have it all fall apart because of a minor misstep.

You can buy Adventures of Shuggy on Steam, where it's currently 65% off as part of the Halloween sale. The Linux version hasn't been made available from Humble, where there's a DRM free Windows version, but hopefully it's only a matter of time.

Shuggy has just inherited a castle full of goblins, ghouls, zombies, and robots. Help him clear out over 100 rooms to make his new home liveable again! Every room in the castle is different, letting Shuggy fly, float, swing, spin, change size, time travel and more as he explores the Dungeon, Boiler Room, Clocktower, Gallery, and Graveyard.


Article taken from GamingOnLinux.com.
Tags: DRM-Free, Initial Thoughts, Platformer, Puzzle, Steam
0 Likes
We do often include affiliate links to earn us some pennies. We are currently affiliated with GOG, Humble Store and Paradox Interactive. See more here.
About the author - flesk

View PC info
one less reason to switch on my 360 :)
thanks @flibitijibibo

Thanks for pointing this out! I just picked it up. Gotta love bats...

Some pretty decent platforming. I have only finished the dungeon levels, but the controls don't seem too bad using the x360 controller (d-pad for movement). I guess we will see when the game gets harder, but I enjoy it so far.
1 Likes, Who?

pb 2 Nov, 2015
This game is pretty sweet. Expected "just" a platformer but got a decent platforming puzzler. Be sure to also play Gateways by the same dev!
1 Likes, Who?

View PC info
I've made a small update to the article to mention that a DRM free version is now available via the Humble Widget on the developer's website.

Quoting: pbThis game is pretty sweet. Expected "just" a platformer but got a decent platforming puzzler. Be sure to also play Gateways by the same dev!

Gateways is a much better game in my opinion, but I'm enjoying Shuggy too, and I've played well over 3 hours of it already.
0 Likes

pb 2 Nov, 2015
Yes, Gateways has more puzzles and is much harder from what I've seen in Shuggy so far - but both are fun!
0 Likes
While you're here, please consider supporting GamingOnLinux on: