Rage Under Wine, How It Performs

I logged onto Steam after work Friday to see that this weekend was Free Rage Weekend and the game was 75% off. So, naturally I had to try it out.

First I tried my 32-bit wine environment but after the massive 21 GB download received the dreaded "Failed to Create XAudio2 Engine error" even though I had installed xact_june2010 through winetricks. Next I tried my 64-bit wine install. One 21 GB download later and we were off.

After tweaking the settings and restarting the game I started to play. I was immediately struck by how well synced the facial animations were to the voice-acting. The framerate was solid and extremely playable. The controls were tight and the mouse sensitivity felt perfect.

Unfortunately, mouse sensitivity dropped dramatically whenever navigating a menu item with the mouse. All menu items experienced this including inventory and mission dialogues. While I found it annoying it did not prevent me from making the selections I needed.

I found the game quite enjoyable. The Mutant Bash TV  arenas felt just like the classic Smash TV transformed into a modern fps. The story did not have the punch of some of the earlier ID entries like Quake 2 or Doom 3. But it was pretty and the vehicle combat and races gave it some variety. The aesthetic, setting, and vehicles reminded me quite a bit of Borderlands without that series' RPG elements and humour.

Overall, I found it a pretty frag-fest but light on deeper substance. But a fun romp doesn't necessarily need a great story and at $5 you couldn't go wrong. So, I bought it and the DLC too. Now, if you'll excuse me I have some mindless fragging to do. 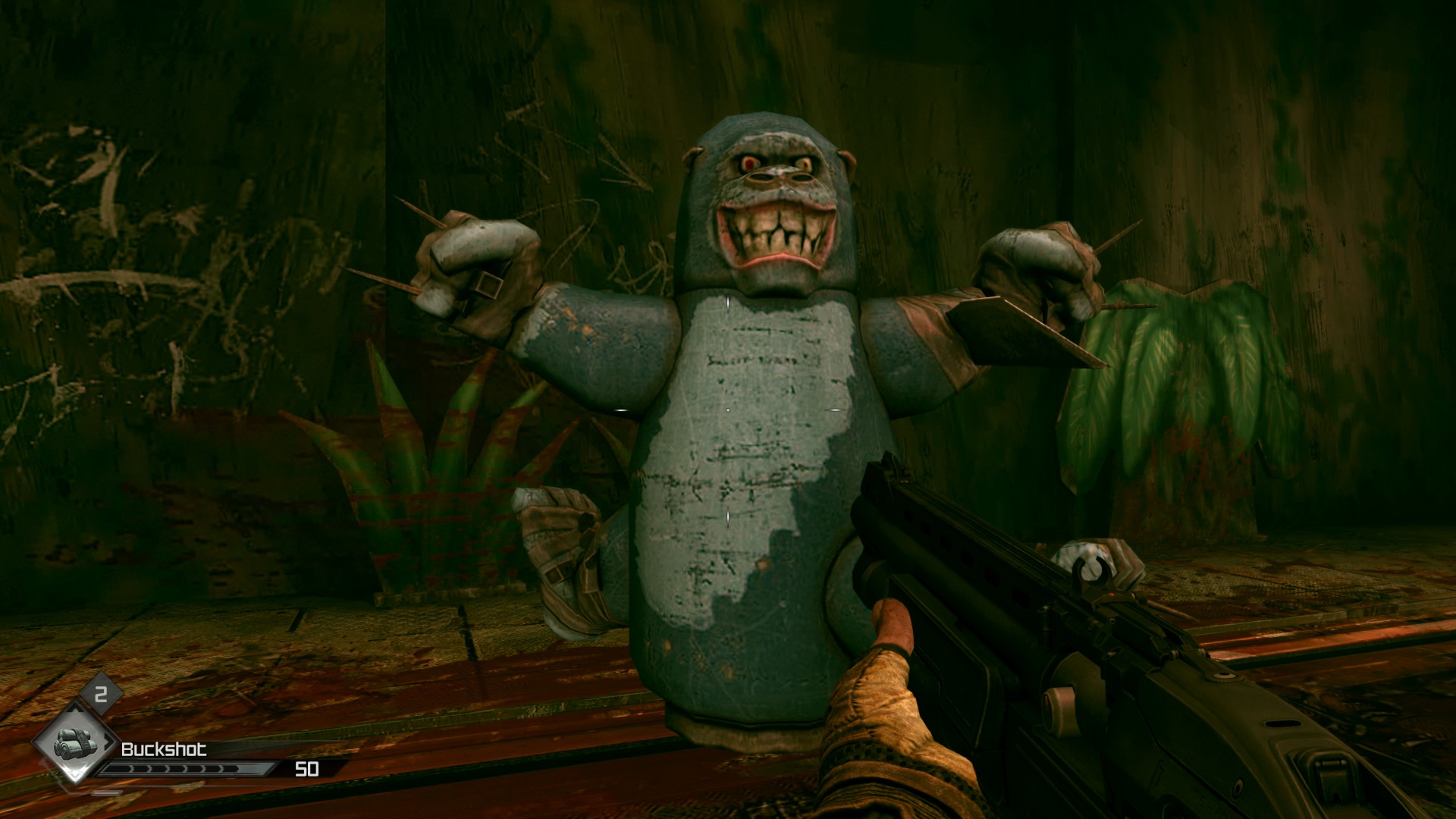 Added note by editor: It's sad that we will never see a native port of this game thanks to John Carmack formerly of id Software pretty much giving up hope of Linux games selling and instead telling people that improving Wine is a better idea. Article taken from GamingOnLinux.com.
Tags: Action, FPS, Steam, Wine
1 Likes, Who?
We do often include affiliate links to earn us some pennies. We are currently affiliated with GOG, Humble Store and Paradox Interactive. See more here.
About the author - tuxisagamer
Been running Linux since 1997.
See more from me
Some you may have missed, popular articles from the last month:
The comments on this article are closed.
10 comments

View PC info
Good to see it runs native quite well. What are your system specs and WINE version?
0 Likes

View PC info
Yep, pretty sad Carmack gave it up like that. I have zero interest in wine personally - even well packaged wine games like Limbo use an absolutely unacceptable amount of CPU on my laptop while Trine heats it up less, doing more. I'm not a fan of it.
0 Likes
Erijk 25 Nov, 2013
Steam has a Backup and Restore feature that you could use to avoid re-downloading games in the future. I've been using it to move pretty much all of my games over from Win as they become available on Linux.
0 Likes
Tarron 25 Nov, 2013
I've been running Rage for ages in wine, and the performance is awesome for me (i5 2500k, GTX 570soc, 8gb dd3 1600). the bug/issue with the menu's was the same for me on windows.
0 Likes

Quote from n30p1r4t3Good to see it runs native quite well. What are your system specs and WINE version?

Quote from scaineYep, pretty sad Carmack gave it up like that. I have zero interest in wine personally - even well packaged wine games like Limbo use an absolutely unacceptable amount of CPU on my laptop while Trine heats it up less, doing more. I'm not a fan of it.

He quit recently. He doesn't work for id and I think he has also stopped making game engines.
0 Likes
Sslaxx 26 Nov, 2013
Yeah, do get the impression that Carmack was not happy at id towards the end. Hopefully his stint at Occulus will work out better for him.
0 Likes

View PC info
Indeed, he went to join Occulus full time. Which means there is a good chance that Zenimax will never put out the id Tech 5 source code, but I honestly can not blame Carmark for looking to greener fields. At the very least, we have the Doom 3: BFG source code.
0 Likes

Quote from HamishIndeed, he went to join Occulus full time. Which means there is a good chance that Zenimax will never put out the id Tech 5 source code, but I honestly can not blame Carmark for looking to greener fields. At the very least, we have the Doom 3: BFG source code.

Well it's good that's out and I hope the latest engine release helps open-source game devs at least.
0 Likes
CFWhitman 11 Dec, 2013
View PC info
It seemed to me that a lot of John Carmack's shift in attitude toward Linux was him being pressured to toe the company line after Zenimax acquired Id.  Zenimax had no interest in Linux or in releasing older game engines as open source.  I'm not saying that Carmack lied or thought that Linux was commercially profitable for the company.  I just don't think that his interest in open source and Linux was all about profitability before Zenimax came into the picture.
0 Likes