Random Access Murder was recently released for Linux on Steam, it came as a featured game in the recent Humble Monthly Bundle and it's possible the single most annoying game I've ever played.

Important note: If you have Epilepsy or any other such condition, do not watch the video.

Before I get into it, let me state for the record I consider myself a massive FPS fan. I've played FPS games for as long as i can remember. It's nothing to do with the genre, at all. I also paid for the game myself in the Humble Monthly Bundle, so it was not sent by the developer.

Take a look at just how freaking annoying this thing is: 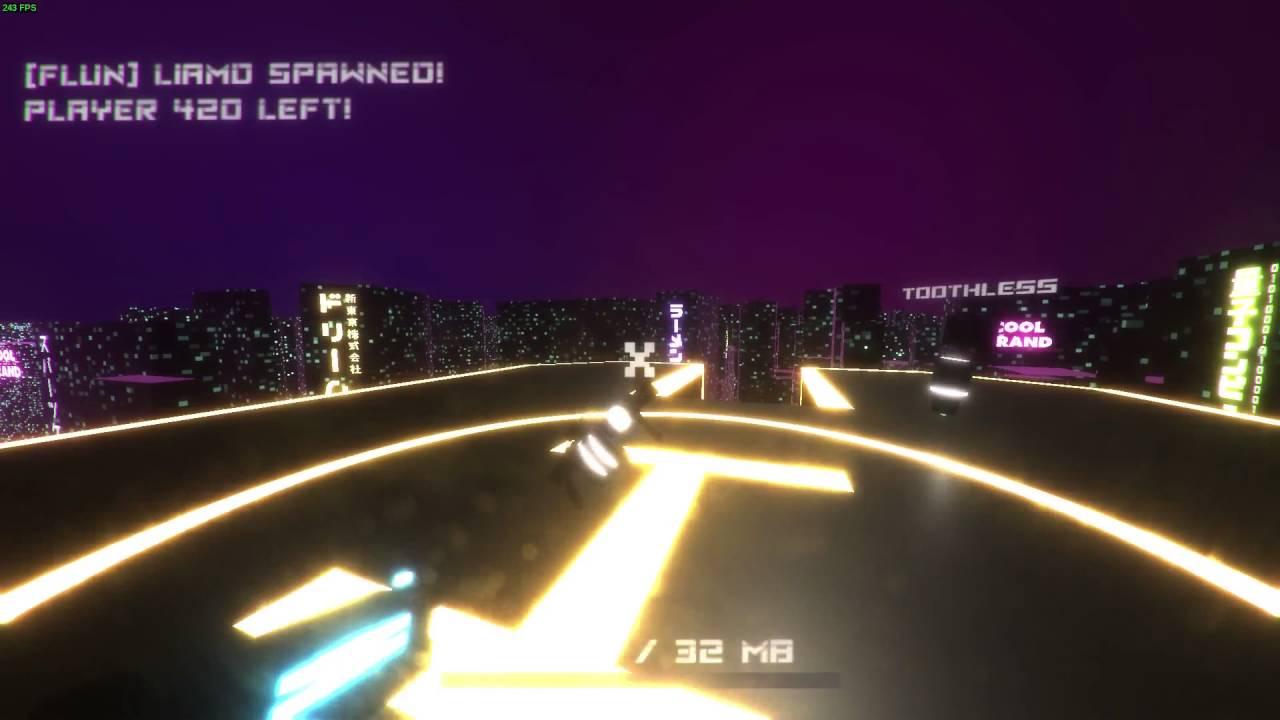 YouTube videos require cookies, you must accept their cookies to view. View cookie preferences.
Accept Cookies & Show   Direct Link
It obviously doesn't help shooting so close to myself, but even when that particular blinding weapon is let off half-way across the map the effects are still awful.

This was a featured game in the Humble Monthly Bundle. Not some kind of "made for the bundle" game. It's also not an Early Access game, which is surprising considering the lack of polish and overall lack of features it has. This is supposed to be a finished product worth enough money to be considered worthy by Humble.

Not only does it have almost no players for an online game, it doesn't even have any simplistic bots. The maps are full of unintended glitches (You can see at the start of the video I'm not even in the map!), the effects are incredibly over the top and will easily induce seizures in people and it's just not a fun experience.

At one point you seem me suddenly pop into another part of the map, even though there's no portal. Even the portal system is completely buggy.

Even though I don't suffer from any medical issues, the effects are constant, over the top and headache inducing. Not to mention the constant blinding flashes hurting my eyes.

Clicking to join a server gave me no feedback at all, it felt like the game had just crashed until it suddenly popped into a game. It also starts on the wrong monitor since I have two.

Massive shame really, as the entire idea is brilliant, but the execution however is completely pants. I don't know what to expect from a game usually sold for £1.99, but to mention this again, this was featured in a Humble Monthly Bundle.

I very rarely, if ever have to say this, but, don't get it. It seems the majority agree with me, going by Steam reviews as of right now only 28% are positive.

What were Humble thinking? I expect better from such a "curated" buy-in subscription service.

It was also "published" by Ludosity, the same developer who made Ittle Dew and Card City Nights, did they actually play any of it? Article taken from GamingOnLinux.com.
Tags: FPS, Humble Store, Initial Thoughts, Steam
0 Likes
We do often include affiliate links to earn us some pennies. We are currently affiliated with GOG, Humble Store and Paradox Interactive. See more here.
About the author - Liam Dawe

View PC info
I hope they got some kinde of epilepsi warning on this game. Luckly Im not suffering from it. But my eyes burned everytime those screen flashes appered.
atleast they got the blue screen right :P. And I wonder if the game name is a reference to Daft Punk.

And dont hesitate in the future if you find more games you do not like for various reasons.
Linux is starting to get a big gaming libraray and Im thinking its only fair to be critital, not negativ only critical.
We are not making a riot for a witch hunt here.
We could probable do that when we are getting near 10% marketshare, like hate on blizzard so they bring games to linux or something like that lol. Im joking ofcourse :)
0 Likes

View PC info
I see where they thought they were going with this, yes, but yeah... it's really annoying. A shame.
1 Likes, Who?

Crazy Penguin 6 Aug, 2016
View PC info
Humble? Once a glorious Knight of Light fighting for DRM-Free Games and Linux-Support has turned to the Dark Side and has become a cheap Reseller for DRM-Infested Keys which gives a damn about quality. All in the name of Charity! So I'm not really surprised that they have picked that game.

Sorry, but Humble has become one of biggest disappointments over the last years :(

Well, the game has an interesting idea, but is a huge fail!

IMHO Vektor Wars does a lot better, but has no Multiplayer yet *sigh*

A TRON-Game in that Style would be nice :)
1 Likes, Who?
kazriko 6 Aug, 2016
View PC info
I still buy from Humble, but I have never bothered with their monthly pack. No guarantee of Linux games in the pack at all. I just pick and choose the weekly and indie bundle packs that have linux games that I want, and crank all the windows-only games down to 0 in the tip distributor.
1 Likes, Who?

Quoting: Crazy PenguinA TRON-Game in that Style would be nice :)

View PC info
Honestly? It looks like a 12 year old tried to explore game programming in the late 80s and thought it's ok to publish the results. Indie publishing brought us games like Stardew Valley and Prison Architect, and that's a good thing for sure, but for every indie pearl there are 10 other games made by untalented hacks without any design talent whatsoever that makes us wish back for the times when games got quality filtered by professional publishers. Like...this one. Whoever made this joke of a game should put their "talents" to better use. I dunno what. Really anything but making games. Don't worry Liam, it's perfectly ok to call out rubbish games like this one as what they are - rubbish that never should have been published.
0 Likes
1/3»
While you're here, please consider supporting GamingOnLinux on: