The Khronos Group has today announced that the cross-platform Vulkan graphics API now has official Ray Tracing support with their new provisional extensions.

Vulkan already had Ray Tracing support before with NVIDIA, as they had their own extensions which you could see working on titles like Quake II RTX (we showed it off here). Now though, after discussions and planning NVIDIA helped get it into Vulkan officially for all vendors to use in future. 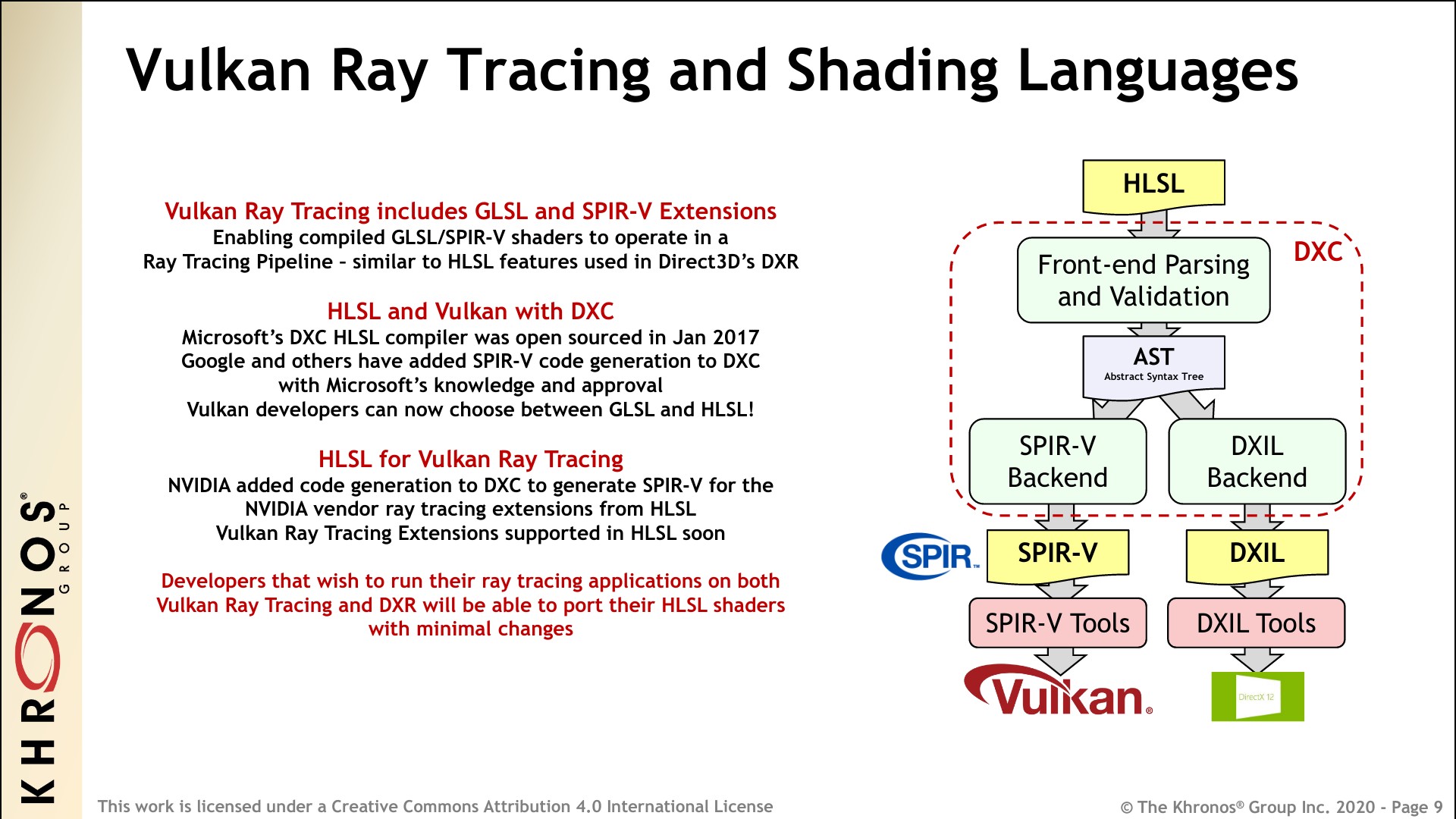 While it has a number of extensions across Vulkan, SPIR-V, and GLSL the primary one is VK_KHR_ray_tracing, which provides support for acceleration structure building and management, ray tracing shader stages and pipelines, and ray query intrinsics for all shader stages.

You can see the official press release here from The Khronos Group.

Linking in with that, as expected from NVIDIA they already have a Vulkan Beta Driver out and ready to try out with support for all of this. The Linux 440.66.02 driver can be found here with all this new:

In regards to the last point in the above list for "device-local VkMemoryType", NVIDIA said this could give a performance boost in some cases (especially for DXVK). Not a massive increase, mostly single digit percentage boost but some special cases are up to 10%. For all other driver support, you can follow their tracker on GitHub. For the open source Mesa drivers, I would expect support for Intel/AMD to arrive in one of the next major updates this year.

Keep in mind that the specification is provisional, meaning they're looking for feedback and plenty of tweaks and changes may come still. These can include breaking changes, so none of this should be used in production just yet until it's fully finalized.

Since the next generation of game consoles are coming close with Ray Tracing support, and AMD have their upcoming RDNA 2 based GPUs for PC which will feature Ray Tracing too we're likely getting close to a big uptick in the amount of games using it. With Vulkan being cross-platform across Linux, Windows, some consoles, macOS (via MoltenVK), mobiles and more that with official Ray Tracing perhaps more developers will opt for it. It's good news for Linux anyway.

View PC info
Bear in mind people that this isn't a core set functions - they are extensions. Hopefully they'll be widespread extensions soon, but a Vulkan implementation doesn't have to support them, and I'm going to guess there will need to be some level of hardware support for ray tracing (purely a guess on my part - I've not looked into the details yet).

Which will no doubt mean MoltenVK won't get these anytime soon.

It is, however, nice to see this moving forward into the official spec. Hopefully it gets finalised without too much trouble, and that it can start to then filter into applications not long after. It's really nice to see ray tracing not being tied to vendor-specific control. Yes, nvidia have a head start and will probably have performance crown for a while, but the important point is that others can implement the same interfaces just fine.

Really liking modern Khronos over where OpenGL was several years ago.
4 Likes, Who?

Any hope for Linux and Vulkan? Can you imagine what the boom will be? :D
0 Likes

View PC info
Regarding MoltenVK and etc. Some info surfaced up, about Apple being in a legal conflict with Khronos about something. This came out in the context of Apple refusing to adopt SPIR-V for WebGPU. Apple refused to elaborate on the reason though.

However this can also explain why Apple staunchly refuse to support Vulkan in general:

QuoteMS [Maciej Stachowiak]: Apple is not comfortable working under Khronos IP framework, because of dispute between Apple Legal & Khronos which is private. Can’t talk about the substance of this dispute. Can’t make any statement for Apple to agree to Khronos IP framework.

In typical Apple fashion, they mess things up for everyone and refuse to explain the reason. 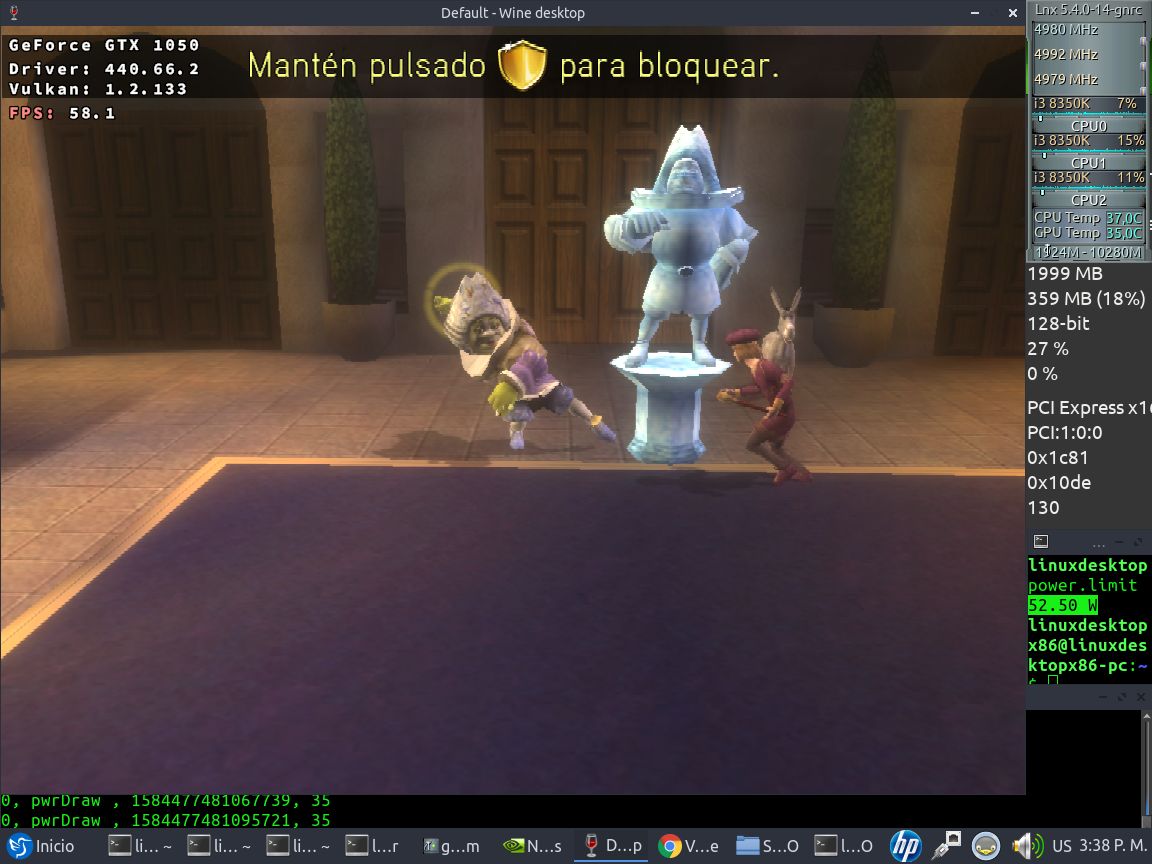 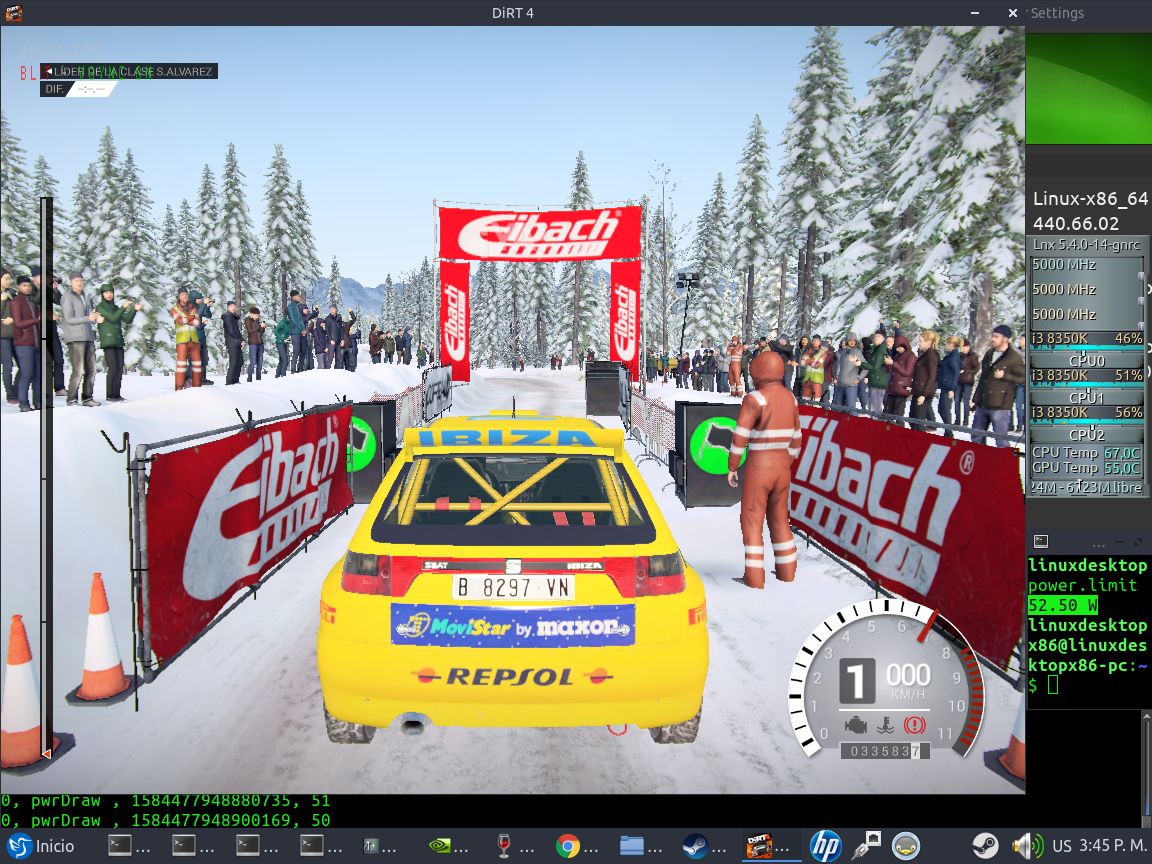 Quoting: mirvI'm going to guess there will need to be some level of hardware support for ray tracing (purely a guess on my part - I've not looked into the details yet).

Apparently it supports pure hardware raytracing, GPU compute, and (I may be imagining this part) even CPU. So it should work on anything, although good luck trying it without at least a half-decent non-RTX card.
2 Likes, Who?

Quoting: GuestSounds awesome. Now there is only to hope to be able to play games such as Quake 2 RTX or Metro Exodus with an AMD card when they arrive. But i guess they would need an Update to work with AMD? At least Quake 2 come on Nvidia let the Red team also have fun with it :P

May be drivers can implement shims for Nvidia extensions to route them to standard ones. But ideally yes, games would need to start using the standard ones on their own.
1 Likes, Who?
TheRiddick 18 Mar, 2020

View PC info
It will be interesting to see if DXR or RTX support will appear in WINE/Proton sometime. Wonder what the performance hit would be?
0 Likes

That is up to the respective driver to decide, this is just to provide a common API to applications.
1 Likes, Who?
1/2»
While you're here, please consider supporting GamingOnLinux on: