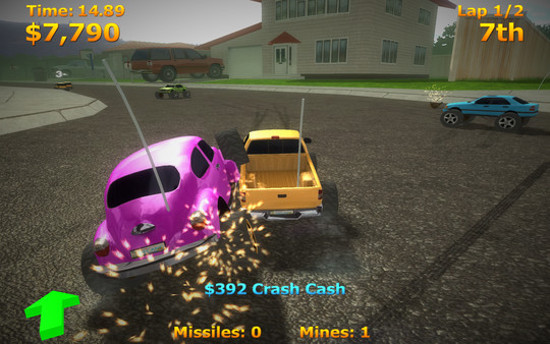 RC Mini Racers was originally available for an older version of Ubuntu in the USC, but there's a much newer version on Steam. The developer is seeing how much interest there is in having it on Steam.

Thanks for the tip Andrew! Article taken from GamingOnLinux.com.
Tags: Arcade, Racing, Steam
0 Likes
We do often include affiliate links to earn us some pennies. We are currently affiliated with GOG, Humble Store and Paradox Interactive. See more here.
About the author - Liam Dawe

View PC info
How come I have never came across anyone mentioning this game in any discussions about racing games on Linux? Where can you find this old Linux version?
0 Likes

LinasHow come I have never came across anyone mentioning this game in any discussions about racing games on Linux? Where can you find this old Linux version?

As it says in the article you're commenting on, it was on Ubuntu, available in the Ubuntu Software Center.
1 Likes, Who?