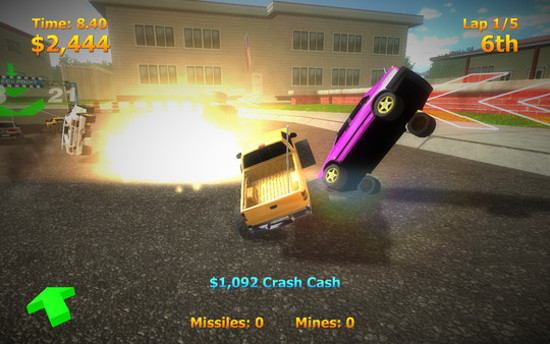 RC Mini Racers is a fast paced arcade racing game with weapons, and it has just arrived on SteamOS/Linux.

Originally it was dependant on how many people request it, so it was obviously enough for them to do it.

It doesn't have a SteamOS icon on the store yet, but I've seen it confirmed to be working, so it's only a matter of time.
Article taken from GamingOnLinux.com.
Tags: Action, Indie Game, Racing, Steam
0 Likes
Share

View PC info
I don't see a SteamOS or Linux icon on the store page. Is there a link to an announcement?

EDIT: Found it. I guess my local repo just hasn't updated yet.

View PC info
Single player only? I'd thought a local multiplayer mode is mandatory on these kind of games. And only partial controller support? Get out of here.

i actually bought it with the born2race2 bundle from bundlestars.com a week or 2 ago, so it's quite cool to have it ported
0 Likes
ronnoc 6 Dec, 2016

View PC info
Just as an update in case anyone comes across this post, the game is no longer listed for Linux in the Steam store. Not sure why, it's said the game is made using Unity so Linux support should not be a big deal. Was going to pick it up for $5, but listing as only having partial controller support was a turn-off. Followed by the fact that it's just no longer there for Linux anyway. Man we need some good racers on Linux!
0 Likes
While you're here, please consider supporting GamingOnLinux on: