I've been in contact with one of the people behind DRAG, a fantastic looking racing game which will come to Linux soon. The fun fact is that the game engine is custom built under Linux too. The developer I spoke to, Thorsten Folkers, wanted us to announce it early to gather a bit of interest. They certainly have my full attention, that's for sure. 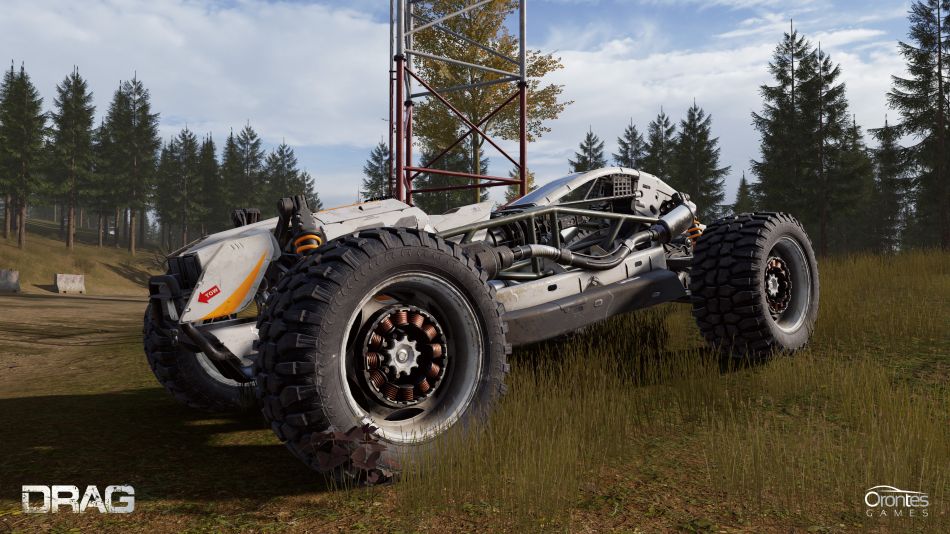 I have to say, I'm really excited about this one. Not just because we don't have enough good racing games, but because of all the detail that's going into making it. They're simulating 4-suspension physics to make the car really feel realistic, just take a look at this:

The crazy thing is—this is built by two people, two brothers in fact.

As for the game engine, it's built to use OpenGL 4.5 with Vulkan possibly coming at a later date. They've been working on this for a while, with the game engine being a private side-project since 2001. They said the game engine really started to come together sometime in 2011, when they decided to really take it further. It's been a long road for them, but with a release coming soon they will finally be able to see what people really think of it.

Here's some more gifs they sent me, I've converted them to small video files to save your bandwith:

And another one to show off the damage model:

If you want to read more on it, they've been keeping a development log here. They also did some more background info here in a post here.

I've been told we will get a Steam key to check it out next month and the current plan for release is around March/April, this is one to firmly mark on your calendar. Looks like it could be a serious amount of fun and good racing games is something Linux certainly needs a lot more of. If it really is anything like the shots they're showing off, it really could be a big hit with gamers.

Note: Article updated to be clear that the release is expected in March/April.

We do often include affiliate links to earn us some pennies. We are currently affiliated with GOG and Humble Store. See more here.
About the author - Liam Dawe
I am the owner of GamingOnLinux. After discovering Linux back in the days of Mandrake in 2003, I constantly came back to check on the progress of Linux until Ubuntu appeared on the scene and it helped me to really love it. You can reach me easily by emailing GamingOnLinux directly.
See more from me
Some you may have missed, popular articles from the last month:
The comments on this article are closed.
97 comments
Page: 1/10»

View PC info
hmm, only the first gif works for me, rest doesnt work even when i open them in the new tab. edit: downloaded gifs and they work :)

Quoting: Xpanderhmm, only the first gif works for me, rest doesnt work even when i open them in the new tab.

Possibly plugin or something blocking in, fine for me in both FF and Chrome - tested both in a private session. Also works fine on my phone...
1 Likes, Who?

Quoting: Xpanderhmm, only the first gif works for me, rest doesnt work even when i open them in the new tab.

Possibly plugin or something blocking in, fine for me in both FF and Chrome - tested both in a private session. Also works fine on my phone...

Quoting: Xpanderhmm, only the first gif works for me, rest doesnt work even when i open them in the new tab. edit: downloaded gifs and they work :)

I wonder why webm is still not a thing

View PC info
And what about DRM-free release?
6 Likes, Who?

View PC info
Looks pretty fancy, I wonder if terrain is deformative based, and if you can knock over pushes and trees (assuming your going fast enough). Either way it looks pretty damn good, I will definitely look at getting it once released.

The first gif must be the game in some sort of advanced mode with extra hud data showing up on tires and terrain.

View PC info
Wow, nice. I am definitely interested. 15+ years of development is really something.
0 Likes

View PC info
I'm not a fan of racing games, but this is an insta-buy for me. For the reason mentioned, I don't own a wheel, but I wonder what the wheel support is like. Gonna check out their blog while waiting for their steam page to go live so that I can wishlist it.
1 Likes, Who?
1/10»
While you're here, please consider supporting GamingOnLinux on: